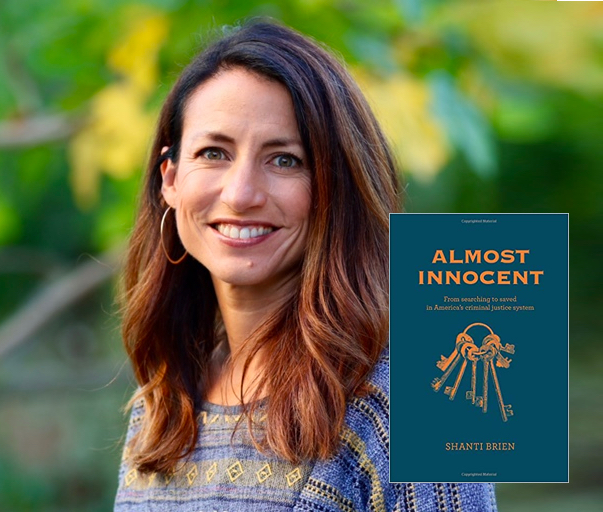 Attorney Shanti Brien reflects on the challenges of defending the vulnerable

Attorney Shanti Brien reflects on the challenges of defending the vulnerable

Almost Innocent, a searing personal memoir and critique of the criminal justice system was published this month. Brien spoke to Exedra editorial adviser David E. Thigpen about the book and the story behind it.

Q: You have a law degree from Stanford, you’ve argued appeals before the U.S. 9th Circuit Court, and you do quite a bit of heavy lifting on criminal justice reform on your own. In the book, though, you say you came to a crossroads as a defense attorney. What do you mean by that?

A: It came out of a collision of my personal life and my professional life. I was defending two big cases — a financial one involving my husband’s company — and a criminal one involving another client. It all took an emotional toll on me. It focused for me something I have seen and recognized for some time — the system doesn’t really care about injustice or the personal human harm that can happen. I felt that I wasn’t changing the system. I thought I would take a break from law to write about these issues and teach, but instead this book came out.

Q: Tell us more about the actual breaking point for you.

Only 2% of federal cases go to trial. Incentives are built in not to seek truth or go for just outcomes.

A: Only 2% of federal cases go to trial. Incentives are built in not to seek truth or go for just outcomes. Prosecutors get incentives to get convictions at all costs. I represented a client called Nick. In his case the prosecutor deliberately created a plea bargain to exclude exculpatory evidence. I felt this was unfair, and the outcome certainly was. The shooter was sentenced to 13 years but served 10, and my client got 77 years. This, sadly, is typical.

Q: Is there an upside to any of this, and if so, what is it?

A: Yes. When I was practicing I often developed a strong trusting relationship with my clients, or as I discuss in the book, with their parents and their families who genuinely believe in justice. These are often people without many resources but they really do believe in justice — that the system will make sure that the right and fair thing happens. After building a relationship with clients and their families, they knew that I had done everything I could for them. I heard them and helped them even if the result was not always what we wanted.

George Floyd’s murder ignited something in people. They now see that bias starts long before a case makes it to court.

A: I am encouraged that the public is paying more attention to criminal justice issues. Part of that is because the George Floyd murder ignited something in people. They now see that bias starts long before a case makes it to court. Also, in some cities people are voting in a new type of prosecutor who is interested in bail reform, separating mental health and criminal justice, and other good ideas. But I hope to see more widespread deep reimagining of the system than reform per se.

Q: What effect do you hope the book to have?

I hope to draw back the curtain so people will see that guilt and innocence, criminal and non-criminal are false dichotomies.

A: I hope to draw back the curtain so people will see that guilt and innocence, criminal and non-criminal are false dichotomies. I hope it will show that justice is not happening. This is important because even though most of us think of criminal justice as a problem for other people, in reality any of us at any time can get swept up into it. And believe me, the view from the inside is very different from the view from the outside.