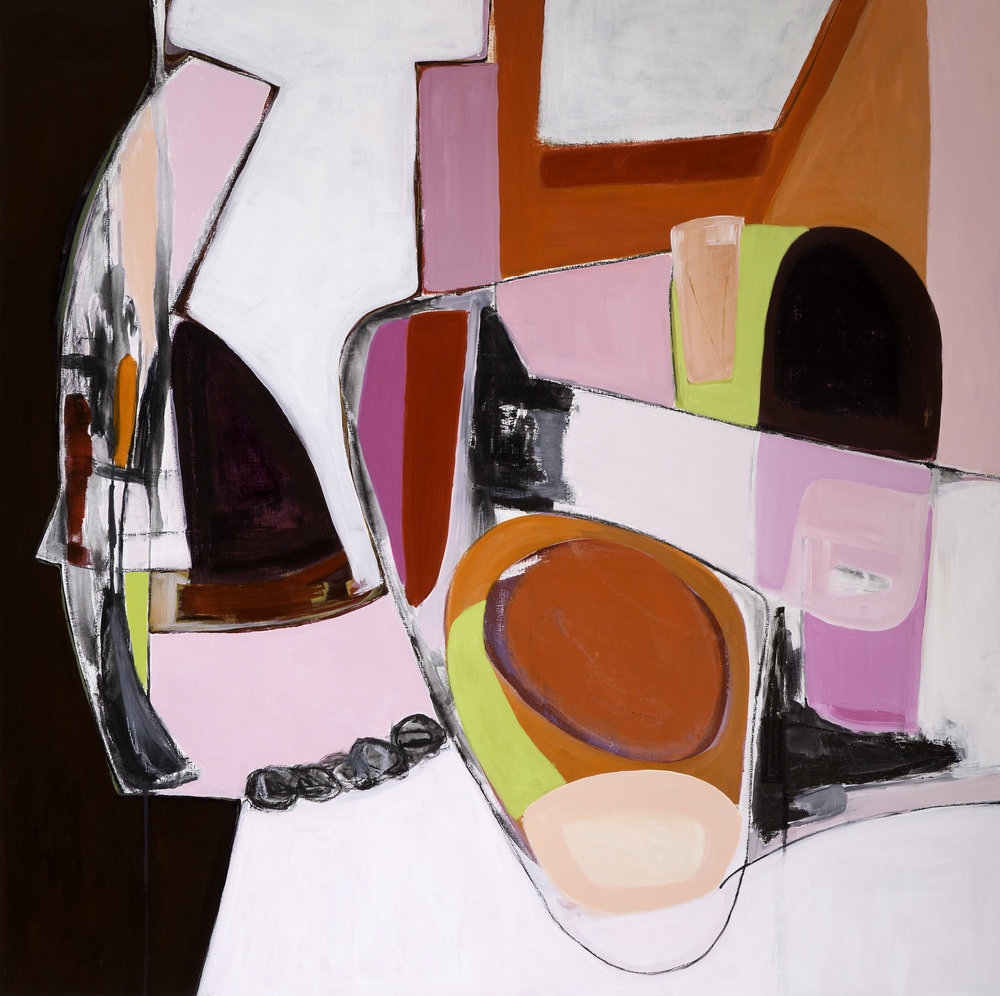 During the dark days of the COVID-19 pandemic, Nelson’s studio proved to be a bright spot for her, leading to both a fresh body of work in painting as well as a new venture into ceramics.

Based in Piedmont, Nelson originally hails from Yonkers, New York, where she got her first taste of the world of print and design from her father, a commercial artist immersed in Mad Men era aesthetics. After college in Buffalo, where she studied Art Education, in 1975 Nelson followed friends to the East Bay, a place she describes as having had the twin attractions of a politically active culture and no snow in May.

Realizing that story-telling was her passion, Nelson immediately plugged in to local East Bay culture, using both a camera her dad had given her and the exciting new video “porta pack” technology to capture social change.  Nelson found work at a children’s video cable station and joined a women’s video collective; she submitted photos for the Berkeley Barb, and participated in community video projects.

Nelson then decided to study at the San Francisco’s Academy of Art College, and established a 30 year career as an independent graphic designer working for clients in the healthcare and biotech industries. Eventually Nelson felt the pull to express her own artistic vision and began taking local art classes.  After a residency at Berkeley’s Kala Art Institute, Nelson embarked on what is now her full time pursuit showing and selling her work.

Nelson’s abstract paintings tell the story of her life so far: her color choices contain hints of the 1950’s era palette her father used in commercial printing projects for TWA; her shapes and their intersecting lines make reference to landscapes far and wide.  In a recent development, Nelson has begun making ceramics, bringing into three dimensionality the shapes known from her paintings.

Nelson sells her work internationally and is represented locally by Gearbox Gallery in Oakland. View her work and learn more on her website, irenenelsonart.com.

6 thoughts on “In the Artist’s Studio | Irene Nelson”