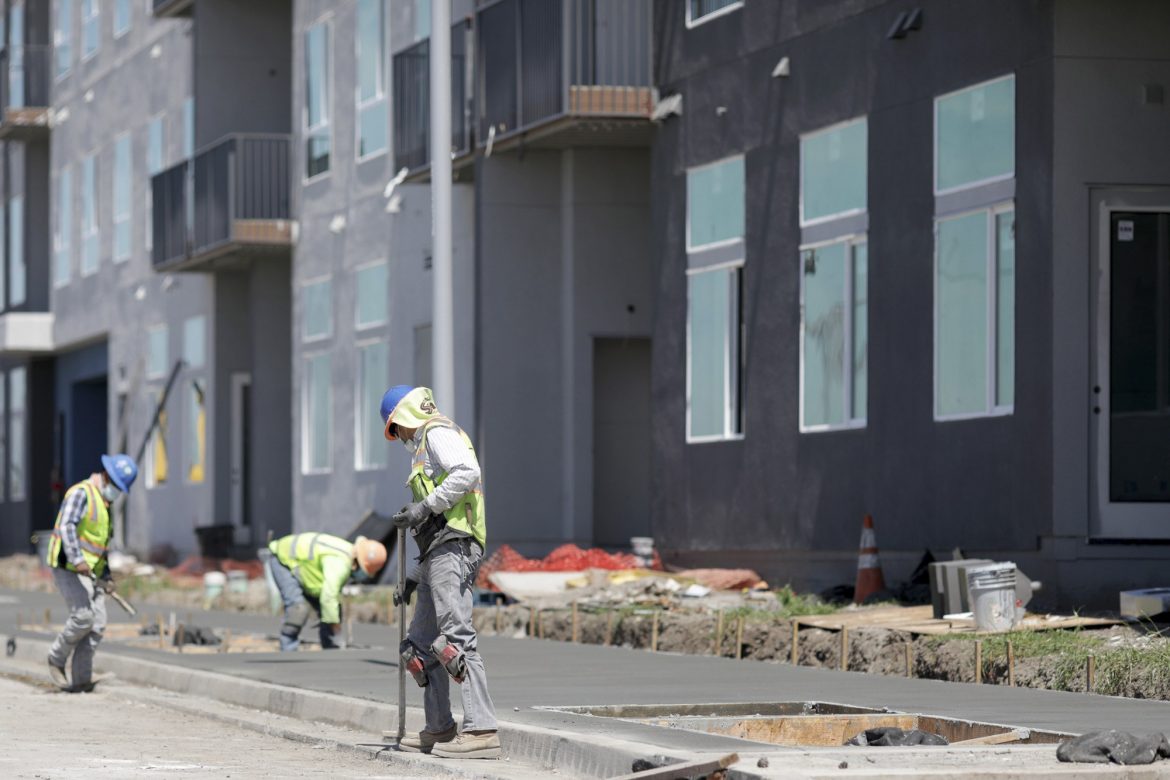 California housing is crowded, expensive and difficult to find, but if a package of bills proposed by prominent Senate Democrats becomes law, some cities could look very different a decade from now.

Duplexes and small apartment buildings would spring up from single-family lots. Public housing projects, effectively stifled since the 1950s, would dot the landscape of the state’s larger cities. Housing developments would emerge in the carcasses of vacant strip malls and abandoned big-box stores.

What that means in practice is wresting more control of housing from cities and counties. Local officials don’t plan to go along quietly. This battle of wills stretches back years, but some of the most aggressive legislation to give the state more control will be taken up in this year’s session.

Supporters say the bills are even more important amid a pandemic and rolling lockdowns that have put as many as 2.1 million Californians at risk of eviction and highlighted the state’s affordable housing crisis, which will continue long after the coronavirus pandemic is under control.

The state needs 1.8 million new housing units by 2025, but is only producing about 80,000 units on average each year, according to the Department of Housing and Community Development. The number of homeless people in California increased to more than 161,000 before COVID-19. Then, the pandemic put ambitious proposals on hold.

On Thursday, Housing California and other advocates for affordable housing and the homeless plan to unveil what they call a comprehensive 10-year strategy to address the crisis. They say their plan goes further than the bills this session and would remove hurdles to construction in places such as the Inland Empire with little or no union labor.

On the state’s present course, the problem will only get worse. A sweeping bill to create more affordable housing and reduce local governments’ control over zoning has failed repeatedly. First introduced in 2018 and again in 2019 and last year, this idea would have allowed triplexes and four-plexes in single-family neighborhoods statewide and encouraged apartments near transit centers and job hubs.

Supporters hope this session’s more limited bills have a better chance of passage and can put a dent in California’s affordable housing shortage.

The 2021 bills break down into three broad categories: changes to zoning to allow more dense housing at affordable prices, creating exceptions to the state’s strict environmental review process to permit new and denser housing and building affordable housing using bond money. The bills are expected to be heard in committees beginning in mid-April.

The architect of previous failed efforts, San Francisco Democratic state Sen. Scott Wiener, says the Legislature and public are more ready for changes to affordable housing than even a few years ago.

“As disappointing as it was not to pass (Senate Bill 50), it left me quite optimistic about what we will be able to do in the future,” Wiener said in an interview. “The fact that a bill four or five years before (SB 50) would not have probably even gotten a hearing in a single committee, but then we were able to get it through two committees and almost off the Senate floor (means) there is actually very, very broad and deep support for a pro-housing agenda.”

That bill failed in large part because Los Angeles Democrats, spurred by the opposition among low-income tenant advocacy groups, opposed it.

Despite the optimism of supporters, opposition is already mounting to elements of the 2021 housing bills package, with critics suggesting that the changes will amount to the end of not only single-family zoning, but indeed a wholesale ban on all new subdivisions.

The broadest changes in the housing bills package are to zoning – and they’re also likely to draw the most fire from the local governments protective of their rights to determine their own land use and development. Perhaps the most significant proposed change comes from Senate leader Toni Atkins of San Diego, who introduced SB 9, which would allow homeowners to put a duplex on single-family lots or split them without requiring a hearing or approval from the local government. Affordable housing and rental properties would be exempt from the changes.

Local municipalities are already gearing up for the fight. The city of Seal Beach, for one, has already announced its opposition to SB 9 (while the headline, “City Opposes Housing Bill,” could be applied in almost any jurisdiction in California).

“Allowing this to occur will result in development at a density and intensity well beyond what is currently experienced in or intended for the City’s single-family residential zoning districts,” Community Development Director Les Johnson wrote in a report to the Seal Beach City Council on March 8. “Such an allowance would have the potential of adversely impacting quality of life in these areas of our community, including demand upon emergency services, public infrastructure, utilities, and schools.”

When Sacramento’s City Council approved a draft plan in January that would allow multi-family units in any residential area, a homeowner who opposed duplexes in her neighborhood of 5,000-square-foot homes told NPR she wants “lower density and less intensity.”

Another new bill, SB 10, authored by Wiener, would allow cities to rezone transit centers and job hubs to allow as many as 10 units per parcel. Proximity to public transit would theoretically lead to fewer cars on the road, bringing the state closer to its goals to reduce climate change.

Those are accompanied by another of Wiener’s bills, SB 478, which takes aim at local ordinances that limit the construction of housing based on lot size, which effectively erases any chance of building small apartment buildings on land that is already zoned for multi-family housing.

The bill would end cities’ and counties’ practice of setting an artificially low cap on the size of a house, and instead allow a building to be at least 1.5 times the size of the lot, which generally means allowing multi-story units instead of just a single-family home.

Sen. Anna Caballero, a Salinas Democrat, has proposed SB 6, which would allow housing development projects in office or retail zones, converting empty strip malls and big box stores to land zoned as residential, with provisions to make some of that affordable housing.

SB 7, another major piece of legislation proposed by Atkins, builds on a 2011 law that relaxes strict California Environmental Quality Act regulations for housing, clean energy and manufacturing projects that cost more than $100 million.

This bill would drop that dollar requirement way down to $15 million, on the condition that 15% of each housing project built is reserved for affordable housing.

The third major initiative involves the construction of affordable housing or supporting the bonds to get it built.

Los Angeles Democrat Assemblymember Mike Gipson has proposed a bill that marries the urgency of the coronavirus pandemic and the longer-term affordable housing crisis. If passed, his AB 1199 would create an excise tax on landlords who own 25 or more properties. The money initially would be used for back rent owed by tenants and could be spent to bail out mom-and-pop landlords who are struggling to stay afloat.

Longer term, the tax would go to constructing affordable housing. In the meantime, the bill would compel the Secretary of State’s Office to create a database of all limited liability corporations, along with their beneficiaries.

“In the aftermath of the 2008 mortgage crisis, there was a lot of transfer that took place from the hands of the communities and the people to large corporations, really mega-corporations,” said Jyotswaroop Bawa, organizing and campaigns director for the California Reinvestment Coalition. “These are landlords who are, despite the pandemic, raising rents on people and don’t really necessarily care whether half their units are sitting vacant.

“So the fund that would be created by this tax would generate about $1 billion, and that would go toward affordable housing development.”

Six Senate Democrats, including Wiener and Atkins, have their eyes on an even bigger pot of money: $6.5 billion in bonds, the proceeds of which would go toward building affordable housing and homeownership programs, though the details are still being hammered out. Under state law, the bond would have to be approved by voters on the 2022 ballot.

Wiener has also proposed Senate Constitutional Amendment 2 to repeal an article in the California Constitution that requires a vote to approve public housing projects. Article 34, added to the constitution in 1950, has been faulted for the dearth of public housing in the state.

“It was a racist, classist (measure) that was explicitly created so that the white communities could keep black people and low-income people out,” Wiener said.

If passed by the Legislature, SCA 2 would go to the ballot for a statewide vote.