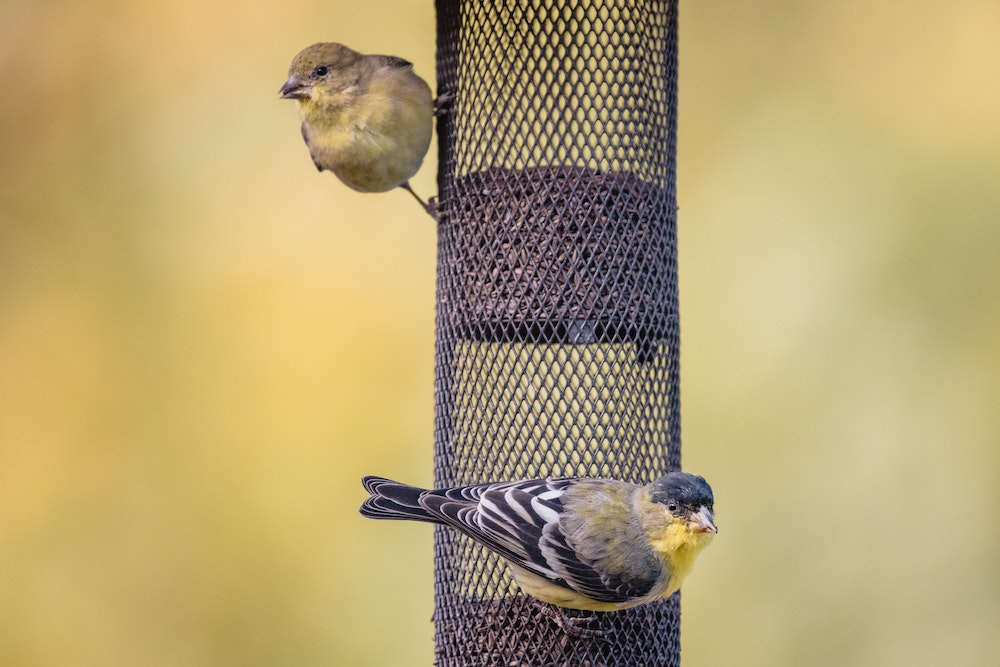 For those who appreciate birds, enjoy hearing birdsong of finches that winter in California, and have used bird feeders as a way to draw them into their gardens, California Department of Fish and Wildlife (CDFW) has some distressing news. Bird feeders have become breeding grounds for Salmonella bacteria which has contributed to the sudden local spike in the sickness and death of finches.

“Since December, the California Department of Fish and Wildlife (CDFW) and wildlife rehabilitation centers have been inundated with calls from residents who are finding sick or dead finches at bird feeders. Most reports have come from locations on California’s Central Coast, the San Francisco Bay Area and Sierra Nevada communities. CDFW’s Wildlife Investigations Laboratory has evaluated birds from several locations and determined the cause of illness to be Salmonellosis, a disease cause by Salmonella bacteria.”

Bird feeders are to blame

Birds become infected with Salmonella when they ingest food, water or come into contact with objects (e.g., bird feeders, perches, soil) contaminated with feces from an infected bird. Sick birds often appear weak, have labored breathing, and may sit for prolonged periods with fluffed or ruffled feathers.

Salmonellosis is almost exclusively reported from locations with bird feeders where birds congregate.

How can you help?

Local bird expert (and former Piedmont mayor) Valerie Matzger says not to worry — removing the bird feeder does not mean that birds will go hungry. “They will simply feed on natural seed sources, another great reason to plant native plants, the best seed producers for birds.”

Allowing birds to feed on natural seeds rather than at bird feeders reduces contact between birds and helps slow spread of the disease.

Matzger also warns that while “Salmonellosis is largely a disease of finches…other species can fall ill with this fatal disease.” Pine siskins, a species of finch that winters in California, are the primary species affected by the outbreak. The disease has also been reported in smaller numbers of lesser goldfinches and American goldfinches.

Residents can report dead birds to CDFW’s Wildlife Investigations Laboratory using the mortality reporting form, which helps biologists monitor the outbreak. Disposable gloves should be worn and hands should be thoroughly washed after disposing of dead birds, and handling of bird feeders and bird baths. If sick birds are found, please contact your local wildlife rehabilitation center for advice.

From the California Department of Fish and Wildlife website (cdfgnews.wordpress.com/2021/02/08/salmonellosis-outbreak-causing-songbird-deaths/)﻿

Since birds carry the disease on their feet, the only bird feeder that would be exempt as a breeding ground would be a hummingbird feeder — no feet involved and no cross pollination of birds, as only hummingbirds use them.