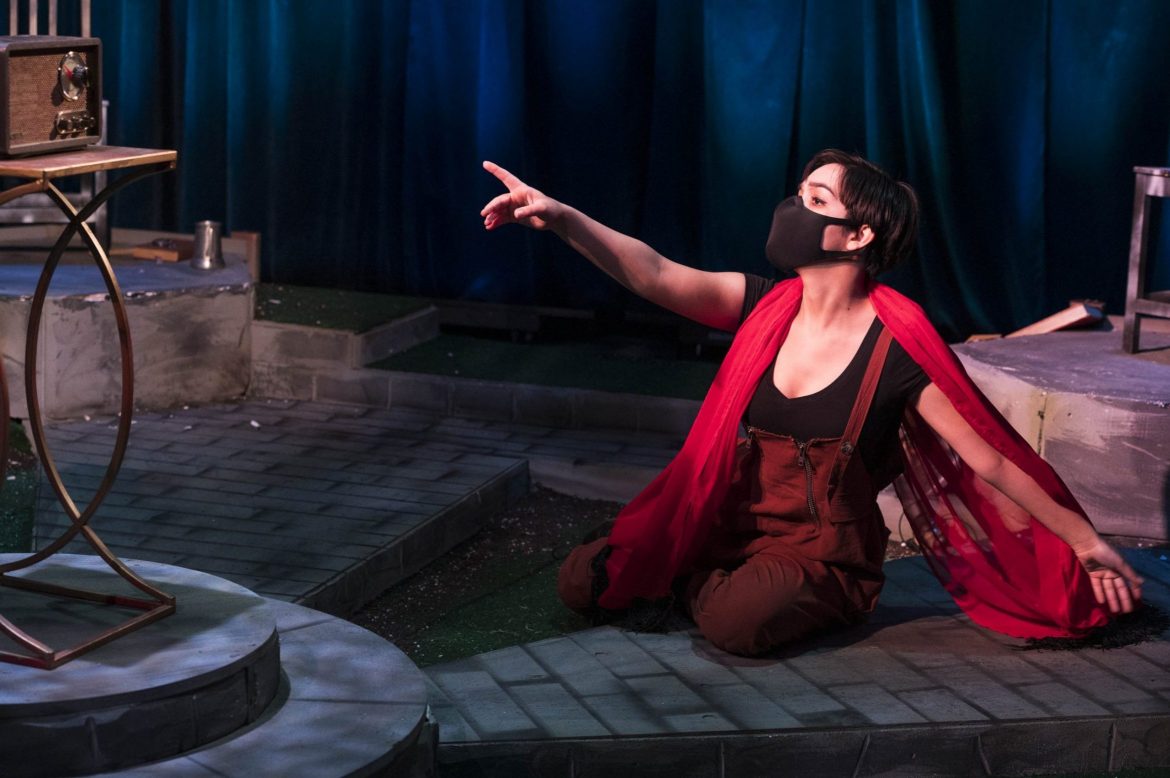 March madness, music style: Well, this is about the craziest thing we ever heard of, and we’re surprised it has progressed to its seventh annual happening without us catching wind of it. But for the past six years, Golden Hornet, a 21st-century “laboratory” for composers, has been sponsoring a String Quartet Smackdown, a bracketed tournament for four-minute compositions conducted in front of a live participatory audience at the Alamo Drafthouse in Austin, Texas.

This year, because of the pandemic, the no-holds-barred event is going viral, so we can all take part in the fun. A professional string quartet performs the competing works from 16 composer finalists, who are gradually whittled out of contention during four elimination rounds.

The composers come from all over and have no restrictions on style whatsoever and are only required to keep to string-quartet instrumentation and four minutes length. This year’s event will be prerecorded (to minimize technical difficulties) and streamed through Alamo on Demand at 5 p.m. Pacific Time on Saturday.

Tickets are $16-$28, and you can find them at ondemand.drafthouse.com, where you will get explicit instructions about how to vote by your phone or an app. See this year’s list of composers at www.goldenhornet.org and check out a promo video here: https://youtu.be/ukMEcpA4hxw.

Get ready for something rad: Bay Area native Kate Schatz takes the helm as the curator of the first “REAL Berkeley” film series, sponsored by the Berkeley Symphony, at 4 p.m. Sunday on YouTube.

The theme for the second episode, on May 16, is “Edgy Art,” and will present music by John Adams, Olivier Messiaen and Florence Price. Information on the two concluding episodes will be released later. Find more information at www.berkeleysymphony.org.

Going out with a bang: It’s always nice when a Bay Area musical legend like Taj Mahal plays a string of local shows, even if they are only virtual. Mahal will be performing the finale of his trio of Saturday night concerts at the UC Theatre in Berkeley this weekend, and it should be a doozy. Joining him on stage is Fantastic Negrito, the wildly talented blues/soul revivalist from Oakland. Negrito is coming off another triumphant night at the Grammys, where he won the trophy for best contemporary blues album for his 2020 release “Have You Lost Your Mind Yet?” — his third win in five years in that category.

After enduring several setbacks, his career has been on the rise since he won NPR’s Tiny Desk Concert contest in 2015 and followed up with the well-received album “The Last Days of Oakland.” Despite the age difference (Negrito is 52, Mahal, 78) the two musicians have a great deal in common. Mahal also has three contemporary blues Grammys to his credit. They both take a wide-ranging approach to their blues. They both live in the East Bay, and they are fans of each other’s music. So it should be a blast to watch them perform together from the UC Theatre stage.

The concert will be livestreamed at 6 p.m. Saturday. Tickets are $25-$32, and the show will be available on demand for 48 hours after its end. Go to www.theuctheatre.org/.

10 tales about Berkeley: In January, Berkeley Repertory Theatre kicked off a cool audio-play series which found 10 acclaimed writers setting a story in a Berkeley locale that bore a special significance to them. Playwright Philip Kan Gotanda, for example, wrote of a ghostly visit to Tilden Park; playwright and singer-songwriter Eisa Davis centered on a game-changing kiss on the corner of Oxford and Center streets. Culture Clash member Richard Montoya created a memorable scene among artists, students and poets inside a bustling coffee house.

Other contributors included such A-Listers as Sarah Ruhl, Daniel Handler, Aya de Leon, Sean San Jose, Itamar Moses and more. The stories, each about 10-12 minutes, were released on a weekly basis. And now Berkeley Rep has released them as a package deal.

Go to www.berkeleyrep.org/, and you can stream all 10 stories; access is free to Berkeley Rep 7-Play subscribers; $10 for non-subscribers. And $50 gets you some cool extra swag, from a coffee mug to a special Berkeley map.

Dylan Thomas for the COVID age: In 1954, author Dylan Thomas published the radio play “Under Milk Wood,” a comedy/drama in which a narrator takes listeners on a tour of the fictitious Welsh village of Llareggub and shares the dreams, desires and gossip of its denizens. The work was eventually adapted as a stage play, a film and a 2014 TV special to commemorate the work’s 60th anniversary.

Now comes Mountain View’s Pear Theatre, which is offering a post-apocalyptic adaptation/sequel of sorts, in which members of six Welsh clans from Llareggub gather to reflect on village life as they knew it and to celebrate “the best parts of what it means to be human.” The cast of six portrays some 40 characters in the production, which is directed by Sinjin Jones.

“Under Milk Wood” is being presented as a streaming multimedia production available through April 11. Tickets are $30-34; go to www.thepear.org.