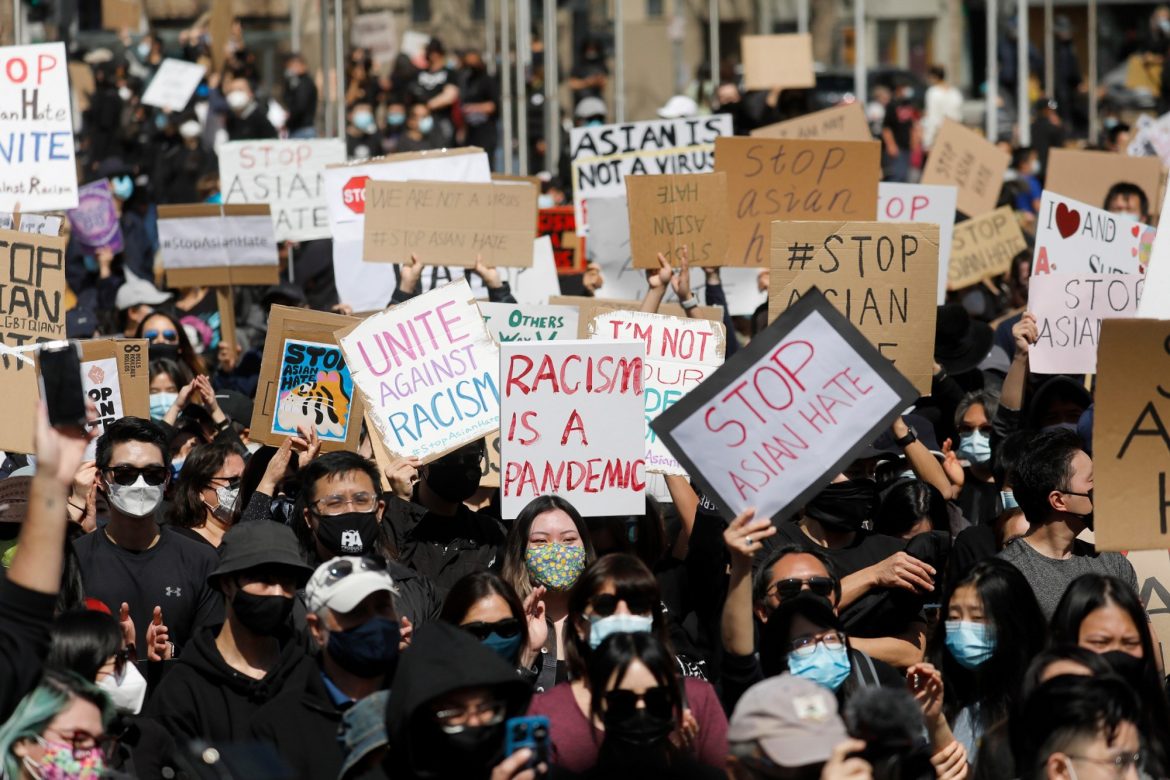 Since 2017, California lawmakers have introduced more than a dozen bills aimed at hate crimes, including attempts to improve data, train police and establish a hotline.

Most of those bills died in committees, never getting a floor vote, according to a CalMatters analysis. But in the wake of recent, highly visible crimes targeting Asian Americans, lawmakers are introducing some of the same measures their colleagues once rejected.

“There wasn’t the same level of urgency that I think is true today,” said Democratic Assemblymember David Chiu of San Francisco, who is reintroducing his bill from 2017 that would require the state attorney general to maintain a toll-free number where people could report hate crimes.

“The Atlanta shooting woke up much of the rest of America to what those of us in the Asian American community have been experiencing for quite some time.”

Hate crimes data is spotty at best. A recent California State University, San Bernardino study showed an uptick in anti-Asian hate crimes reported to police in 18 large American cities from 2019 to 2020. The numbers, however, are small. San Jose reported a rise from 4 to 10, while Los Angeles saw an increase from 7 to 15, the study showed.

Experts say hate crimes are widely underreported and, even when they are, police officers sometimes fail to document incidents involving bias as a hate crime.

“We’re not doing enough to reach out to potential victims, in part because victims don’t know about the laws, they don’t understand them, or they don’t feel comfortable talking to police for a wide variety of reasons,” Gerstenfeld said.

California Department of Justice figures show that the state averaged 31 anti-Asian hate crimes a year between 2015 and 2019, as reported by local law enforcement agencies. It’s a slight uptick from the years before, though the figures fluctuate and were higher in the early 2000s, when anti-Asian hate crimes accounted for more than 60 incidents a year.

State data on 2020 isn’t available, so the full impact of racist rhetoric surrounding the pandemic remains unclear. Still, some widely covered crimes have Asian American communities on edge and officials looking to act.

In Oakland’s Chinatown, video of a 28-year-old man slamming a 91-year-old Asian man to the ground went viral. In San Francisco, a 75-year-old woman garnered national attention when she fended off an attacker with a wooden paddle. In Sacramento, police are investigating whether the vandalism of an Asian-owned gelato shop — the third such incident at his business in a year — is a hate crime.

Even when police label a case as a hate crime, prosecutors can have a hard time proving motive in court.

“Hate crimes are among some of the scariest and most vile crimes we deal with, and they’re some of the most difficult to prove,” said San Francisco District Attorney Chesa Boudin.

In Long Beach, the Long Beach City Prosecutor’s Office and the Long Beach Police Department received a prize from the Anti-Defamation League for its role in combating hate.  The office filed hate crime charges in all of the cases referred to its office. City Prosecutor Doug Haubert attributes the city’s success at prosecuting hate crimes to having trained officers who know what to look for.

“We handle so many cases so quickly, that unless the report itself or the officer noted that, ‘Hey this could potentially be a hate crime,’ it’s unlikely to go noted by the prosecuting office,” Haubert said.

Some organizations — including the California District Attorneys Association — are trying to make it easier for prosecutors to bring such cases, and to increase penalties.

Larry Morse, legislative director for the association, saidit’s time to examine the laws on the books and determine whether they are adequate.

“We haven’t introduced many bills along that line because this Legislature has not been inclined to create any new crimes or to increase punishment for any conduct,” said Morse, former Merced County district attorney.

The DA’s association on Tuesday threw its support behind a bill by Democratic Assemblymember Jim Cooper of Elk Grove to increase penalties for some hate crimes. The group also opposed a measure to soften penalties for some robberies, suggesting the bills would “lessen the consequences for violent crime and would directly benefit the predators currently committing hate crimes against Asian Americans,” according to a statement from the association.

California does have a number of sentencing enhancements written into the penal code, such as adding time for a variety of crimes targeting victims on the basis of race, gender or bias. There’s also a law making a hate crime a standalone misdemeanor.

Since 1978, California has made it a capital offense to kill someone because of their race, religion or for another bias-related reason.

Gerstenfeld, the CSU Stanislaus professor, said the state has plenty of laws that aren’t being used that often, and the key to success with hate crimes prosecution is getting people to report them.

“If people don’t feel comfortable dealing with the police, nobody is ever going to be aware that these crimes happened,” she said. “Better training for police officers and prosecutors is also key.”

These are all things California lawmakers have pushed for in the past.

Improving reporting is one reason Assemblymember David Chiu is reintroducing his hate crimes hotline bill. He thinks it failed because of concerns over cost.

“It’s reached a point where we have to take action as a state, certainly as an Asian American,” Chiu said. “What we’ve seen in this past year has been horrifying and cries out for response.”

Chiu, whose parents immigrated from Taiwan, grew up in the Boston area in the 1970s. He said anti-Asian racism was a regular experience. He said good data is critical to understanding what minority communities often face.

“There are also many incidents of hate that don’t rise to the level of a hate crime, but are disturbing nonetheless and need to be documented and understood for us to consider other policies to address them,” he said.

“The issue,” she said, “is with implementation.”

Graphics by Ben Christopher of CalMatters

For the record: This story has been corrected to reflect that the 2016 Anti-Defamation League award for combating hate went to the Long Beach City Prosecutor’s Office and the Long Beach Police Department.