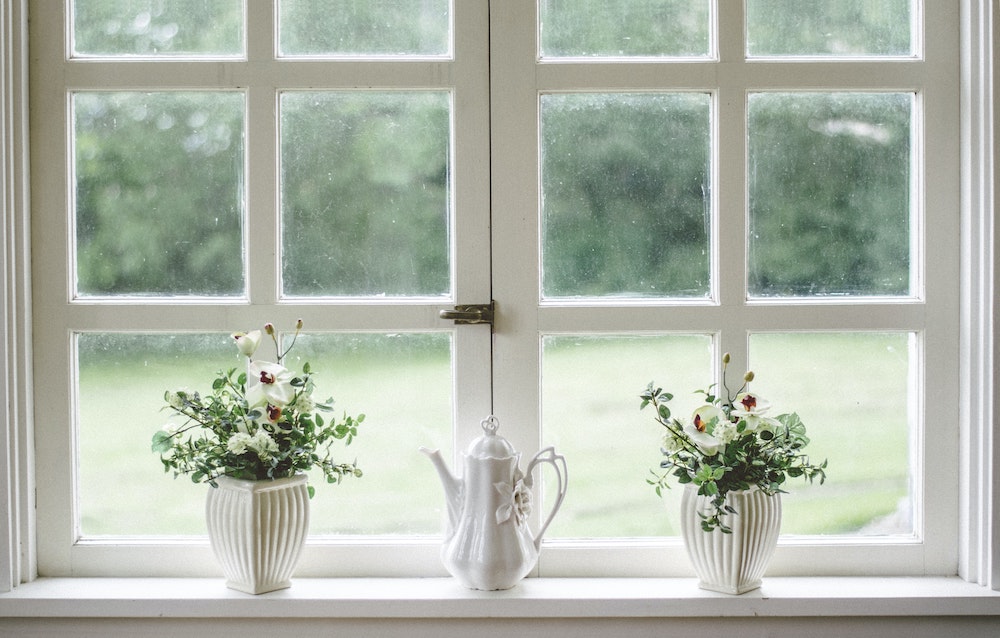 Last week, I closed on a property for a darling young couple moving into their first home together. Between the time they had gone into contract, and their revisit a few days later, two windows in the house had failed, creating not only some drips between the panes but some legitimate concerns as well.

Unfortunately, subsequent research on Google gave this particular brand of windows – and their service department – a rather poor rating, which wasn’t exactly happy news. Moreover, the windows and glass doors throughout the house were an integral part of this contemporary home’s architectural character. (Windows are the eyes of a building.) Given the current marketplace, where Buyers are forced to pay a PREMIUM for a property which often translates into hundreds of thousands of dollars over the list price (!), they’d like to know that the home is in good working order. (That seems only fair.)

Concerned about what might reasonably lie ahead, I emailed the Listing Agent on behalf of the Buyer, who quickly responded “The windows have a “lifetime warranty,” and for good measure, she included a link. (Uhhh, not so fast.) Sadly, upon further review, the “warranty” only applied to the original owners of the windows and did not carry forward; a mistake she quickly rectified, but unfortunately, the red flag had already been raised.

(As an aside, I’m not laying fault at the Realtor’s doorstep; Listing Agents rely on the information our Sellers provide, and I am sure everyone THOUGHT the windows were warrantied. No honest Seller, nor their Agent, would knowingly pass along faulty information.)

Suffice it to say that there were several painful emails back and forth, and ultimately a change in terms before an equitable solution was reached. The Buyers closed on Monday and I’m wishing them lots of love and laughter in their cool new pad. There may still be some window replacements in their future, but they are now better informed and more prepared. (Knowledge makes a world of difference, as do forfeited dollars.)

No sooner had I resolved that cloudy issue than I received a phone call from another favored client about a parallel complaint. Having closed a few months earlier on a uber-chic, newly-renovated home in Rockridge, my Buyers had discovered some offending gaps in the doors and windows at their new house. In this case, the builder manufactured his own windows.

“My contractor thinks there’s a problem,” she earnestly said. “He doesn’t like the way several of the windows and doors are hung. Can you join us for an early morning meeting on Friday?”

“Of course, I can,” I said, “I’ll even bring the donuts.” and then I pulled over my car to keep from driving off the road. (These are the phone calls we dread. Happily, the builder is a solid citizen and he’s vowed to make it right.)

Closer to home, on a property Sarah and I currently represent, our Seller wisely replaced the panels in his living room sliding-glass doors, prior to bringing his house to market. Those he hadn’t addressed were duly noted in his Seller Disclosure Statement and on our “Agent’s Visual Inspection Report.” (Yes, that’s an actual CYA form).

My point is the Buyers of that property shouldn’t be surprised, when and if, some windows fail, nor will the Sellers be held liable for future costs. This is the beauty of disclosure. (Disclose, disclose, DISCLOSE!)

In case these three stories haven’t made it abundantly clear, windows are the ‘pain’ of my existence!

While 40-page home inspections identifying every small flaw in a home (including the windows) tend to upset home Sellers, these inspections are designed to avoid such conflicts down the road when Buyers are inclined to believe that material information was hidden or held back upon discovering faults AFTER the deal closes. (Can you say, “construction litigation?” )

Frankly, ALL homes, whether old or new, require ongoing maintenance and periodic upgrades, and for all the energy-conserving qualities that new windows provide, what the manufacturers fail to tell us is that ALL dual-pane windows have a finite shelf life wherein the seal pops and they subsequently fail. (Ironically, single-pane windows can stay put for hundreds of years, but Downton Abby is probably drafty.) That all-important seal keeps a thin layer of gas in, and more importantly, condensation out. Once popped, the windows will likely become clouded, and there go your crystal-clear bay views. (That sucks.)

Moreover, window manufacturers don’t seem to have an industry standard for either the quality of the product or the attached warranty.

In short, pay attention to both when replacing your windows, your appliances, your roof, etc., and make sure a warranty exists, and that it transfers to the next homeowner, especially if a sale is on the horizon.

This is when cheaper isn’t better – you definitely get what you pay for. Buyer beware.

Finally, the UV layer that many homeowners apply to their windows to cut down on heat and glare can actually void a warranty altogether, and it’s nearly impossible to remove this layer once cracked, so think long and hard before coating your windows and read the fine print. You’re better off buying shades or black-out curtains instead.

Speaking of windows, I’m looking through mine and they need a good cleaning. Spring has finally arrived so it’s time to call the window washer; no one my age belongs on a ladder.