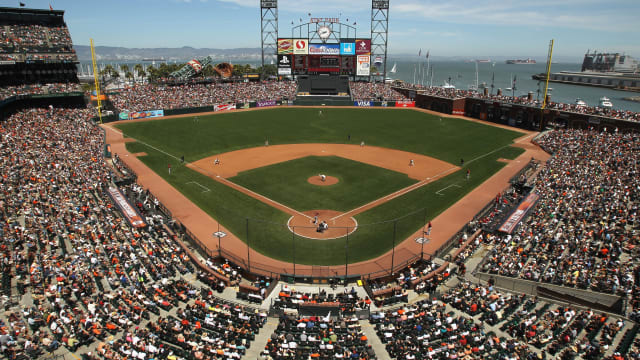 For the first time in roughly a year, Bay Area residents will be able to attend outdoor sporting and entertainment events and amusement parks, state officials announced Friday.

The state’s new guidance for large events would allow up to 20 percent capacity for sports stadiums once the county in which a stadium sits is out of the purple tier of the state’s pandemic reopening system. At Oracle Park, that numbers roughly 8,000 fans, according to the Giants. In the orange tier, the capacity limit increases to 33 percent.

Stadiums in counties that remain in the purple tier would be capped at only 100 attendees and would also be barred from selling concessions.

“We have, for many months, drawn a strong distinction between outdoor activities being much less risky than indoor activities,” Ghaly said Friday during a briefing on the new guidance.

Stadium attendance will be subject to various coronavirus mitigation measures like mask wearing and physical distancing and attendees will only be allowed if they are California residents, according to state officials.

“We are excited to safely welcome fans back to our ballpark for the upcoming season,” A’s President Dave Kaval said in a statement.

“We thank Gov. Newsom for his leadership and guidance during the process and Alameda County for partnering with us to develop a comprehensive plan that complies with local health directives and provides and safe experience for our fans, employees, players and vendors.”

“The Giants are very encouraged by Governor Newsom’s announcement today updating state guidelines that would permit fans to attend baseball games at Oracle Park, subject to final approval by local health officials,” the club said in a statement.

“It’ll mean so much for us to have fans in the stands,” Giants manager Gabe Kapler said in a written statement. “I think universally we feel more supported, more engaged, more excited when our fans are behind us. Obviously, we have a job to do no matter what the surroundings are, but San Francisco Giants fans make our games better. It’s really good news.”