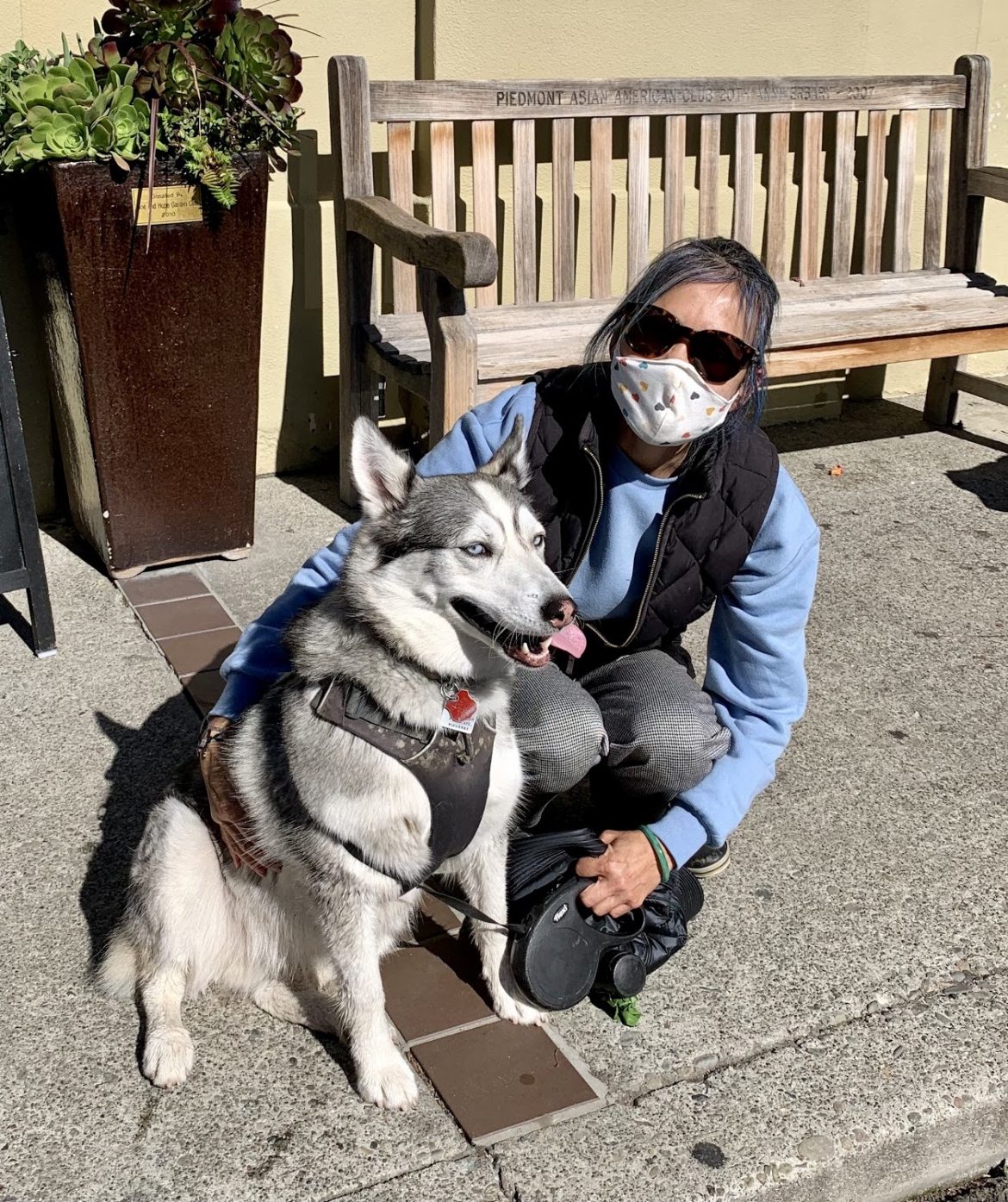 Adoption Story: We got Pepita in July of 2020. She’s originally from Bakersfield. Before we got her, her tail had some kind of trauma and she had to get surgery to have it severed. To recuperate, my son’s girlfriend ended up fostering her at UCLA. During the fostering period my son would take her out and really fell in love with her, so when she was ready for adoption he called us and asked if we would be interested in a dog. We grew up in a family where lots of our friends had dogs and we would take care of them but we never had a dog ourselves. We decided to take a chance because our son just loved her so much, so he drove her up from LA and that’s how we got her.

Likes: Smelling things on walks. She’s also very pack-oriented so she likes to keep the pack together.

Interesting Facts: We did a DNA test because we didn’t understand her behavior. Huskies typically are really active and she’s just not. She’s about half husky, 16% pitbull, 16% German shepherd and a little bit of malamute. I think the terrier side of her is dominant because she just wants to smell everything.

Anything else? She’s just super sweet!