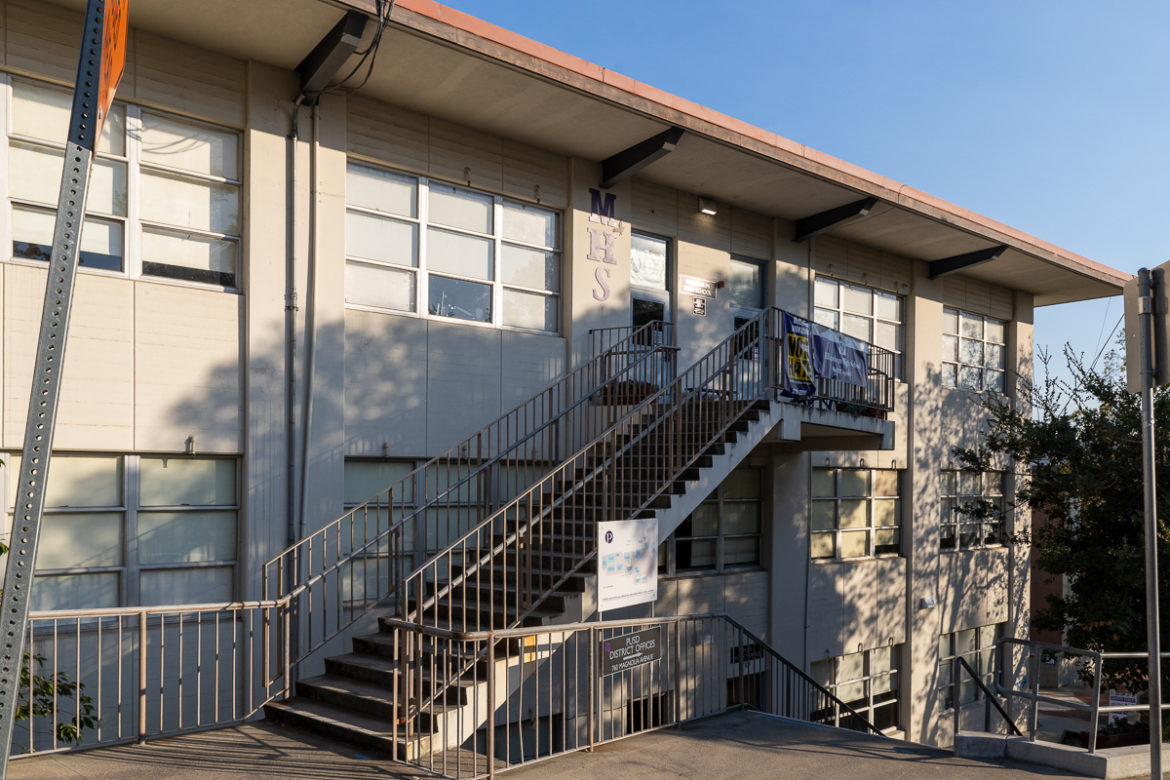 The debate around who is given priority to attend Piedmont schools was renewed after a January board meeting when several board members signaled an interest in revisiting interdistrict priorities approved last June, particularly the “grandparent privilege” priority that allows enrollment applications for grandchildren of current Piedmont residents to be considered over applications from owners of split Oakland/Piedmont parcels and students who live outside the district.

School board members who expressed an interest in reexamining the policy — Megan Pillsbury, Veronica Thigpen, and Hilary Cooper — cited a need to move toward diversity goals laid out in the school board’s July 2020 resolution “condemning institutional and systemic racism and affirming a commitment to educational equity for Black students, families, and staff.”

“The grandparent policy goes against stated diversity goals and keeps persistent privilege,” said Trustee Megan Pillsbury then, suggesting that rather than a stand-alone category, the grandparent privilege could be subsumed into the last category of “all other applicants.” At the January meeting, Diana Lee of the Piedmont Racial Equity Campaign (PREC) and others called into the school board meeting urging the board to examine ways the interdistrict transfer policy could be used as one way to address diversity issues in the schools. A petition by PREC that currently has over one hundred signatures is advocating for the school board to review the policy through a diversity and equity lens.  “We recognize the board will be doing its own research and reviewing its own data to best assess what changes are needed and supported by what they find,” said Lee.

At the same time, Piedmont grandparents have circulated their own petition questioning the need to change the process, saying data show that the grandchildren who have benefitted from the grandparent priority since its implementation in 2019 represent a diverse cross-section of people.

Fakoury’s mother, Noura Fakoury, wrote and circulated the pro-grandparent priority petition on change.org which has 204 signatures as of Feb. 23. Zeena now lives in Oakland and hopes that her son will be able to go to Piedmont schools through the grandparent interdistrict transfer priority.

Another supporter of the grandparent priority, Piedmont parent Michelle McGilloway, says she grew up in town and her parents still live here, but her sister lives in Oakland. “It’s important to my sister that her son goes to school in Piedmont,” she said. “Her son got accepted to Piedmont schools via the grandparents program.” McGilloway’s nephew is of mixed race.

Interdistrict transfers have been used in recent years to address declines in enrollment, a trend that is expected to continue in Piedmont and across the Bay Area due to the pandemic and its fallout as families move or choose other schooling options. If PUSD has openings in certain grade levels, they could turn to the transfer applicants to fill spots. “We fully support and expect the board to re-evaluate the policy and make relevant changes to it through an equity lens, since it was originally written to address declining enrollment, not equity, and it needs to address both – especially as it the district expects to open up more seats this coming year,” said Lee.

The interdistrict transfer priority list as it currently stands is as follows:

2 thoughts on “Who gets to attend Piedmont schools?”