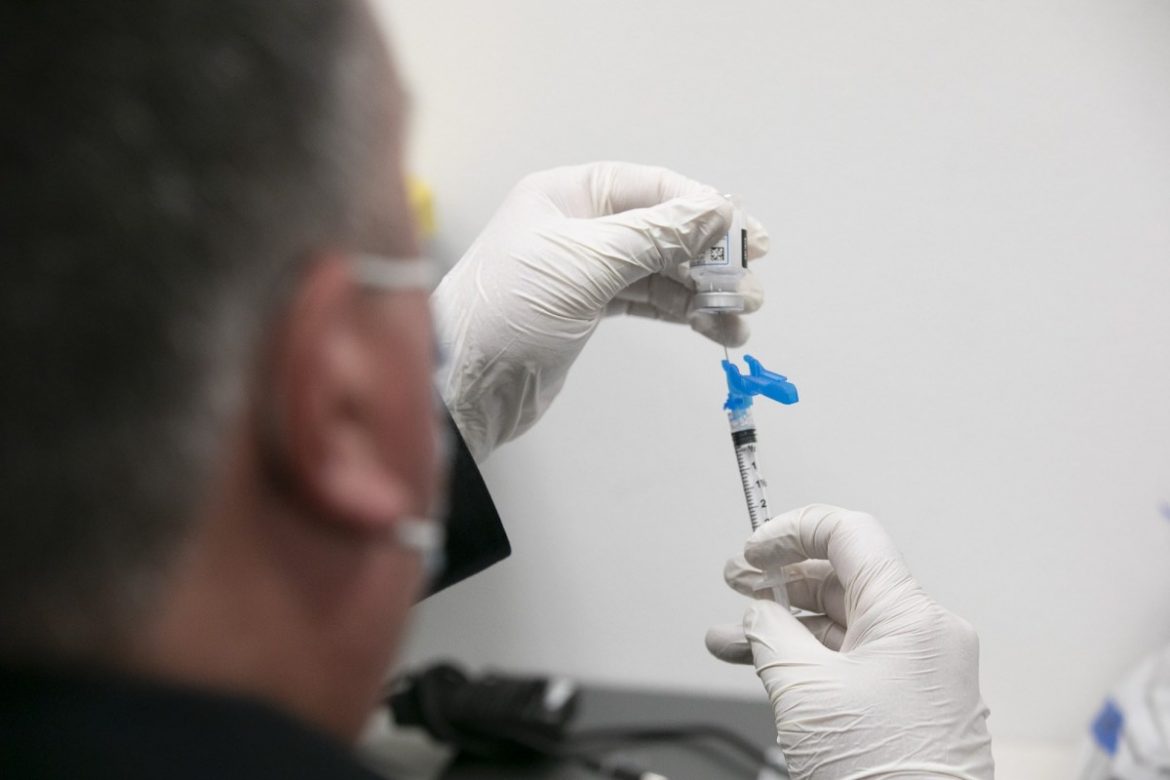 How soon teachers can expect to get vaccinated depends largely on where they live and could determine whether the bulk of California’s students return to campuses this spring — or next fall.

Teacher vaccinations have emerged as a central point of contention in California’s charged debate over reopening schools as unions representing teachers and school employees have listed vaccine access as one of their demands before returning to campuses.

But, faced with a limited supply and dueling priority groups, many of California’s largest counties have not yet begun offering vaccines to teachers. And though some counties expect to begin vaccinating teachers within the next week or so, several others told CalMatters that their supply’s scarcity makes it difficult to project when their educators could expect a dose. Some counties don’t expect to offer vaccinations to teachers until a month from now or late March.

The county-by-county variance in teacher vaccinations runs the gamut:

Mixed messaging and a decentralized approach have resulted in a chaotic vaccine rollout roughly two months after the first doses prioritized for frontline health workers arrived in California in mid-December.

Gov. Gavin Newsom said during a press conference today that schools are unlikely to physically reopen this school year if vaccinations for every teacher are a prerequisite. “When you’re receiving less than 600,000 first doses a week, and you start to do the math… then we need to be honest with people, and let them know… that it’s very unlikely that we’ll be able to accomplish that very idealistic goal before the end of the school year because of the scarcity of supply in vaccinations,” he said.

Currently, many of the state’s largest counties are approaching or have begun distributing doses to those in the first tier of Phase 1B of the state’s vaccination priority list. That broad group encompasses 8.5 million Californians and includes teachers, farm workers and first responders as well as residents 65 and older.

Newsom acknowledged Monday that vaccine scarcity has hampered the ability of local public health departments to vaccinate teachers in large numbers. A recent plan by the governor to incentivize school districts to reopen campuses with extra per-pupil funding stalled after many school officials, unions and legislators said it was unworkable.

At his Monday press conference, Newsom said he hoped to announce a new school reopening deal with the Legislature “this week” that would include “a prioritization framework to get our teachers vaccinated.”

“The challenge is self-evident,” Newsom said. “In each and every county, they have different capacity issues, different demographics, different issues in terms of availability of the vaccine and the number of people that they have prioritized within those tiers.”

Several public-health experts as well as the governor, who’s under intense public pressure to reopen K-12 public schools this spring, have said in-person learning can be done safely without vaccinating educators if paired with strict preventative measures such as masking, ventilation and cohorting students.

Newsom, who previously told school superintendents that requiring teacher vaccinations for reopening schools would effectively keep them closed this spring, has cited “low” numbers of transmission within reopened schools as evidence that in-person instruction has not resulted in higher community spread. In January, 87 cases were linked to schools, a figure Newsom said was lower compared to November and December despite the state’s surge in cases and deaths.

In many of California’s largest counties, a dwindling clock has heightened the stakes in the complicated race to vaccinate educators. Most of the state’s public schools end the academic term in late May and early June, and full inoculation requires administering two vaccine doses spaced a month apart.

As of Friday, Santa Clara County was not vaccinating educators and health and education officials could not offer a timeline for when primarily because of limited vaccine supply, they said. Neighboring San Mateo County remains in Phase 1A and is prioritizing “those eligible at greatest risk of death.” Other large counties such as San Diego, San Joaquin and Kern are not yet vaccinating educators, citing vaccine scarcity.

Counties such as Marin and Napa, where many campuses have reopened, began vaccinating some of their educators last month. Several smaller, rural counties have made greater progress vaccinating their teachers compared with larger counties.

Sacramento County officials expect that, depending on supply, teachers will be able to sign up for vaccination appointments “in the next couple of weeks.”

Dr. Robert Levin, Ventura County’s health director, said he expects the vaccine will be available to teachers “in a month.”

Joe Prado, Fresno County’s public health division manager, said the county is “looking at late March to April” as the earliest vaccines would be offered to educators based on current supply and demand. The delay between doses would put in-person instruction beginning in April or May in that case. Prado said the limited week-to-week vaccine supply allocated to the county has made it “really difficult” to devise a quicker rollout to those eligible under Phase 1B.

“Our experience in Fresno County is that whenever all of those different layers of protection are implemented that the numbers of transmissions and outbreaks are really low, especially compared to what’s going on in the rest of our community,” Vohra said.

In Orange County, a spokesperson for the county education department said educators could become eligible for the vaccine in mid to late February, “assuming doses are available.” The county plans to roll out teacher vaccinations based on risk of exposure, meaning teachers working closely in person with special-needs children would be ahead of educators working remotely.

Alameda County, which entered Phase 1B this week, also plans to prioritize vaccinating educators teaching in person, according to county superintendent L.K. Monroe. About 325,000 residents are eligible under Phase 1B, according to county estimates, requiring 650,000 vaccine doses and at least a month’s time to complete vaccinations before moving down the state’s tiered system.

“If every educator came all at once to be vaccinated, it wouldn’t be possible under the current conditions,” Monroe said.

Alameda Unified, among the first districts in the county to set a reopening date, plans to bring back K-5 students March 8 without vaccinating teachers. Superintendent Pasquale Scuderi at a recent board meeting cited public-health guidance and recent remarks from the director for the Centers for Disease Control as evidence “that elementary schools can safely be reopened prior to full vaccination.”

The county told superintendents that it expected to receive between 10,000 to 15,000 vaccine doses per week, Scuderi said, far below demand. Because the district has set a firm return date, its teachers would likely be prioritized for vaccination.

Following mounting parent frustrations and a lawsuit from the city’s district attorney supported by the mayor, San Francisco Unified reached a tentative deal with its employee unions over the weekend that tie vaccine access to reopening.

Under the plan, the school would phase in a return to campuses if the city reaches the red tier under the state’s system for reopening schools and businesses — meaning less than 7 positive cases per 100,000 residents — if teachers and staff receive access to the vaccine. Schools in San Francisco would physically reopen in the orange tier without the vaccination requirements under the plan.

Dr. Jeanne Noble, director of COVID response for UC San Francisco’s emergency department, said it’s unlikely the deal would result in students returning to campuses anytime soon. Realistically, Noble said, it could take “a minimum of 10 weeks” to vaccinate all of the city’s teachers given current supply.

Noble and other health professionals have called for schools to reopen this month without vaccination. Schools can safely operate with strict safety measures, she said, and 11 months away from schools has resulted in dire harm to students’ mental and physical well-being.

“It’s not a proposal or an agreement that would lead to in-person education this year just because of the scarcity of the vaccines and the logistics in rolling it out,” Noble said.

“I think it makes it potentially more likely that they would go back to school when San Francisco’s back in the orange tier.”