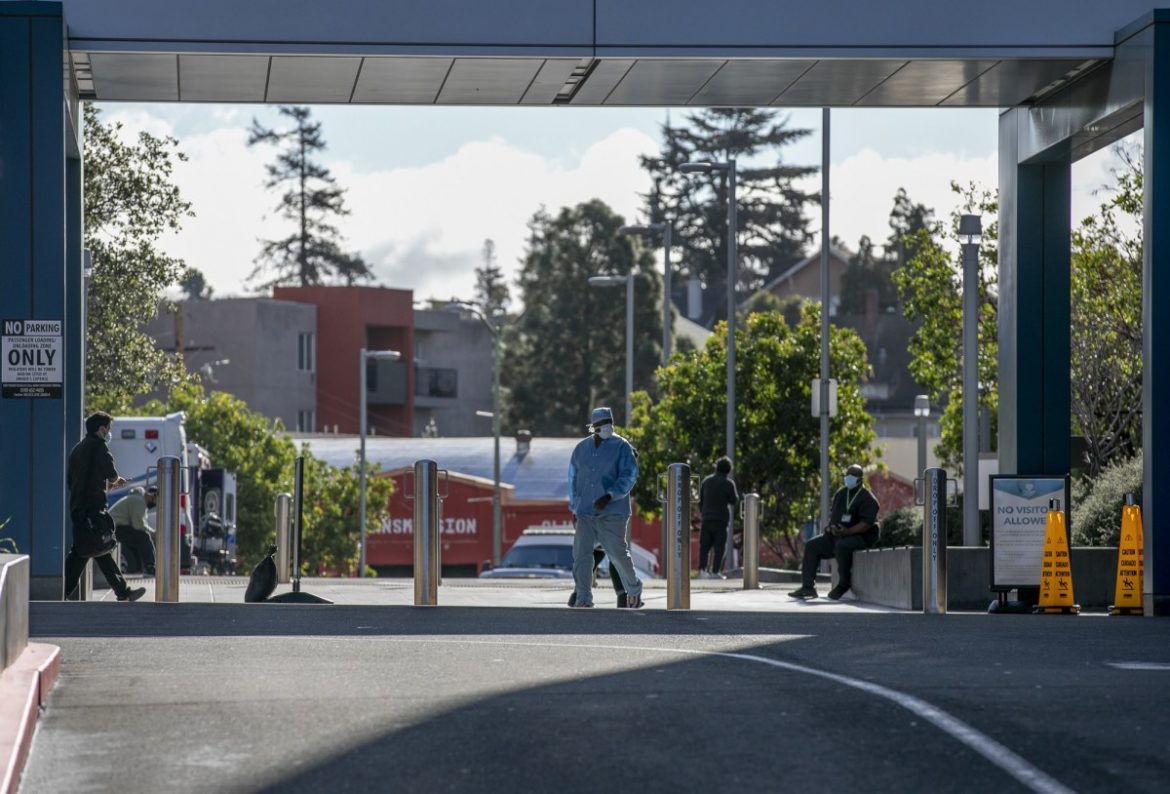 California officials gave a nod to Kaiser Permanente’s reputation for efficiency when they recently selected it to help speed vaccine rollout. But a review of worker safety citations shows Kaiser has had its own pandemic troubles, failing to adequately protect its employees early on.

Kaiser Permanente has on multiple occasions failed to provide hospital employees the gear or training needed to protect them from COVID-19, according to 12 citations issued by California’s enforcer of workplace safety laws, Cal/OSHA.

The agency has issued more citations against Kaiser than any other health care employer in California, fining it almost $500,000. In addition, Santa Clara County has separately penalized the hospital for not immediately reporting an outbreak in December.

Kaiser is appealing all 12 of the state’s citations, as well as the county-issued fine.

“It’s misleading to interpret these citations to signal any ongoing serious infractions of current public health guidelines at Kaiser Permanente,” Marc Brown, a Kaiser spokesman, said in an emailed statement. “In fact, these citations stem mainly from allegations much earlier in the pandemic, as health care systems including ours grappled with national shortages and evolving public health guidance.”

Kaiser’s medical centers, he added, are a safe place to work and receive care.

CalMatters first reported an incoming wave of citations for Kaiser in October, following the first fine issued to its psychiatric hospital in Santa Clara.

The state imposed the largest penalty, $87,500, on Kaiser’s San Leandro Medical Center for not immediately reporting to Cal/OSHA when one employee was hospitalized in May and for not limiting the reuse of N95 respirators, among several other violations.

Cal/OSHA began citing Kaiser facilities in October, months after receiving complaints. The short-staffed agency has been inundated with COVID-related complaints. Between February and September of last year, it conducted on-site inspections for only 5% of almost 7,000 pandemic complaints.

Almost half of Cal/OSHA’s citations to hospitals are directed at Kaiser. But it’s difficult to know for sure why Kaiser has been disciplined the most, said Laura Stock, director of the Labor Occupational Health Program at UC Berkeley. It could be its practices, but also its size, and its employees may be more willing to speak up about hazards, Stock said.

“If there is a citation it’s probably because someone filed an OSHA complaint,” Stock said. “Kaiser is a unionized workplace and there are workers who are educated on these issues and really on top of these things.”

One violation labeled as “serious” in Cal/OSHA’s citation to Oakland Medical Center, for example, found that the hospital did not provide employees from an oncology unit with N95 respirators when they entered an area with patients confirmed or suspected of having COVID-19. The hospital also failed to ensure each employee passed a “fit test” to ensure employees’ respirators fit properly, according to the citation.

Cal/OSHA also found that Kaiser’s Redwood City Medical Center did not inform and train employees that surgical masks do not protect against inhalation of infectious aerosols — N95 respirators are needed instead.

Kaiser’s San Jose Medical Center failed to notify employees “with significant exposures in a reasonable timeframe” and didn’t provide a medical evaluation to those exposed, according to the citation.

For a later and separate incident, Santa Clara County fined the San Jose hospital $43,000 for not immediately reporting an outbreak in its emergency department on Christmas Day. That incident has been linked to an employee dressed in an air-powered inflatable tree costume, who was COVID positive but unaware of that. Kaiser is appealing that fine, too.

Federal health guidance about COVID-19 safety has evolved throughout the pandemic. Yet California already had strict workplace safety rules in place for hospitals and other health settings that should have protected employees from the very beginning, even when little was known about the virus, experts say.

In spring 2009, California adopted the Aerosol Transmissible Diseases (ATD) standard. Under development for several years, it was unanimously approved by the Cal/OSHA Standards Board soon after the first cases of the H1N1 virus were detected in the state. According to this ATD standard, any novel or unknown pathogen is to be handled as if it could be transmitted by aerosols until proven otherwise.

California is the only state in the country with this standard. And experts say this standard has helped Cal/OSHA hold health employers accountable during the pandemic.

The state’s aerosol standard requires employers to provide personal protective equipment that protects against aerosols, train employees about this type of transmission, and notify them of any possible exposure. This state standard went beyond early pandemic guidance from the Centers for Disease Control and Prevention, which didn’t formally acknowledge the airborne transmission of coronavirus until October. For months, the federal agency focused on droplet transmission.

Special protection is required to protect against viruses that can transmit via smaller aerosolized particles. For example, in Cal/OSHA’s citation to Kaiser San Francisco, the agency notes that the hospital did not require employees to use powered air-purifying respirators during “high hazard” procedures that generate aerosols, like intubations. According to the ATD standard, N95 masks are not enough protection for those types of procedures.

At the San Leandro location, employees who were given powered air-purifying respirators were handed defective units held together by tape, according to the citation. That same hospital also failed to investigate exposure incidents between May and August, the citation reads.

Throughout most of last year, nurses and other health workers organized rallies and protests demanding more protection from Kaiser and other hospitals. Amy Arlund, an intensive care nurse at Kaiser Fresno Medical Center and member of the California Nurses Association, said nurses aren’t as interested in fines as they are in enforcement and improvement.

She alleged that at her hospital, for example, when their battery-operated respirators break down, it’s hard to get replacements.

“A lot of nurses are carrying around their own rolls of duct tape to put these things back together when they’re falling apart,” Arlund told CalMatters in November. “We use what we have way beyond its usage.”

Employees at Kaiser Fresno have filed several complaints. Arlund said Cal/OSHA inspectors have visited her hospital, but as of Friday, no citations had been issued against Kaiser’s Fresno hospital.