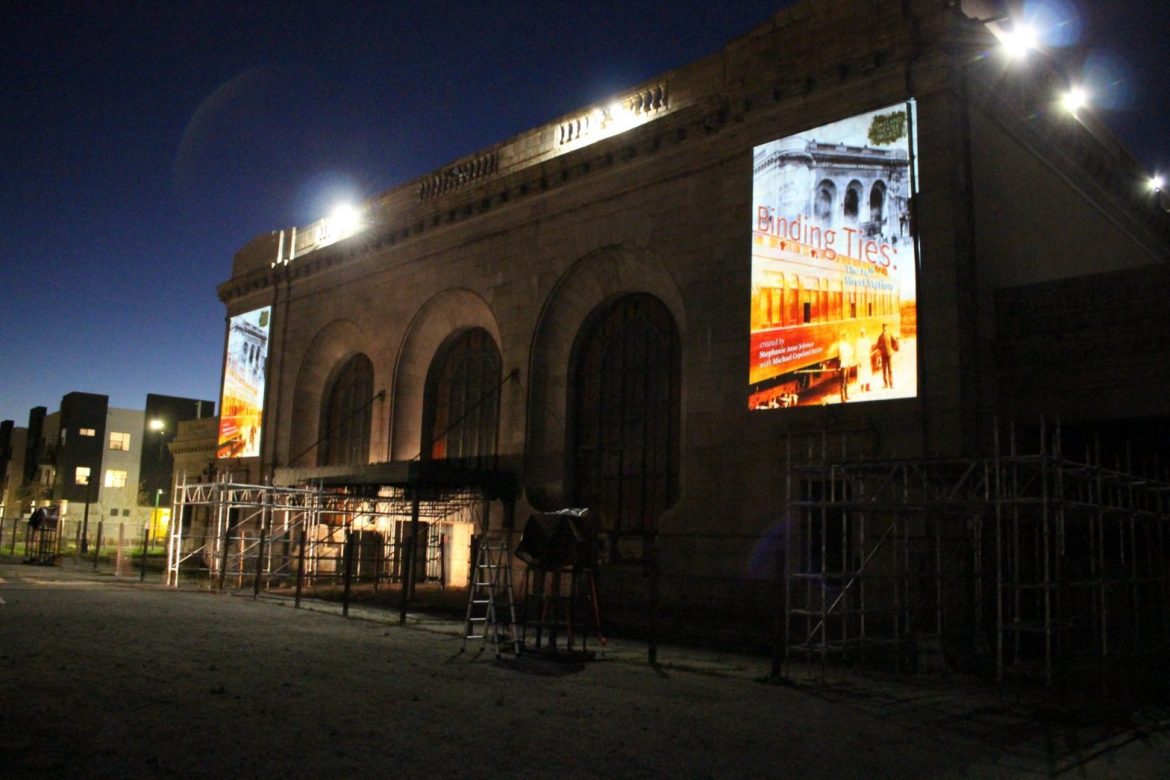 Although historians agree that the United States was forever changed by the advent of the railroad, it’s also common for those historians to neglect the contributions of people of color to that innovation.

If BIPOC are mentioned, they’re often disregarded as nothing more than laborers who hammered the tracks (such as in the legend of John Henry) or servers who were allowed to feed the guests on the trains while the servers themselves were not allowed to ride as passengers.

Even the history of San Francisco’s famous cable cars often neglects to mention that its ranks once included the likes of Melvin Van Peebles and Maya Angelou, the latter of whom was the first Black woman to become a conductor.

That lost history is the very thing on which Dr. Stephanie Anne Johnson and Michael Copeland Sydnor wanted to shine a literal and figurative light.

Their 1991 show “Binding Ties: The 16th Street Station” featured photos, video interviews and previously unheard stories from and by POC who worked for the Southern Pacific Railroad; particularly those who operated the titular 16th Street Station in Oakland — all set to a train-specific soundscape by Kevin Myrick.

As with the original ’91 production, the current “Binding Ties” revival is shown as a site-specific drive-in show, with the images projected onto the walls of the station itself. Whereas the original used the drive-in concept to find as wide a canvas as possible, the revival – the season opener for an all-drive-in season by Oakland Theater Project (formerly Ubuntu Theater) – makes for a convenient social-distancing method. In addition to the original photos and interviews, the show is now preceded and succeeded by monologues performed by actor William Oliver III.

Although Johnson’s collaborator is unable to share in the anniversary (Michael Copeland Sydnor passed away in 2012), the importance of rarely-told POC stories — those of Blacks in particular — isn’t lost on her.

“Creating this project in 1991 was an act of faith and determination,” she tells us. “The Oakland Theater Project has provided the means for honoring the past, activating the present and envisioning a future using the archival images, an evocative soundscape and modern technology for the 2021 version of ‘Binding Ties: The 16th Street Station.’

“No doubt Michael, the ancestors and all of the people who shared their oral histories are smiling from ‘on high.’ I am deeply grateful to the Oakland Theater Project staff, and the incredible team of artists and technicians who have given this art installation a new life.”

* “Binding Ties: The 16th Street Station” runs as a drive-in show until March 7 at the 16th Street Station in Oakland. Performances are 7:30 p.m. Thursday-Sundays. Tickets range from $5-$50 with a limited number of pay-what-you-can tickets each night. Visit https://oaklandtheaterproject.org/binding-ties for more information.