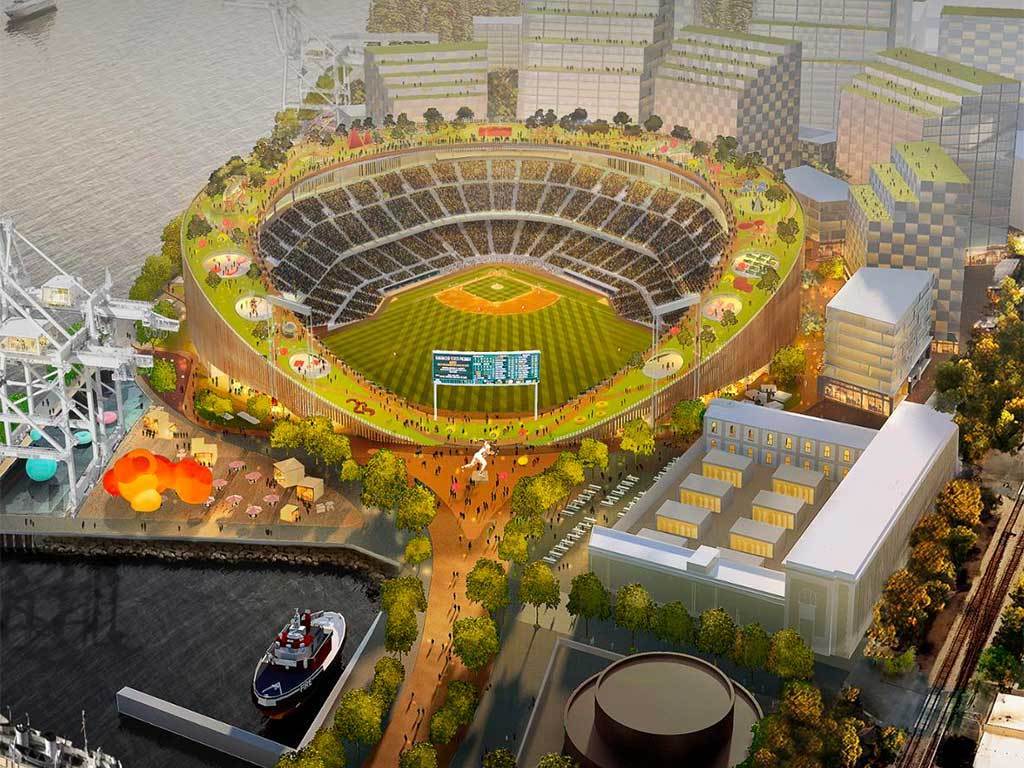 An artist's rendering of the proposed Oakland A's ballpark at Howard Terminal. (Image courtesy of MLB.com)

Following a court ruling Feb. 10, Port of Oakland tenants filed an appeal the same day to keep the Oakland A’s in East Oakland.

Wise’s ruling allowed for an expedited environmental review for the Charles P. Howard Terminal ballpark while the tenants want the A’s to build a new park at the Oakland-Alameda County Coliseum site in East Oakland where they play now.

“We disagree with the Alameda County Superior Court ruling that the Governor has the power to certify the A’s proposed Howard Terminal project for environmental fast-tracking and have filed a Notice of Appeal,” said Mike Jacob, vice president and general counsel of the Pacific Merchant Shipping Association.

The disagreement centers on whether the A’s met a Jan. 1, 2020, deadline to demonstrate that the Howard Terminal ballpark meets thresholds for greenhouse gas emissions.

The Howard Terminal site is accessible by little, if any, public transit and therefore will encourage possibly more cars and pollution, while the Coliseum site is served by public transit such as BART.

But A’s President Dave Kaval said the Howard Terminal project will make the air cleaner in West Oakland, the neighborhood closest to the project, and historically affected by pollution.

He said the ballpark at Howard Terminal will have the highest environmental standards of any project in California history.

He said the A’s are now focused on getting the project in front of the Oakland City Council to vote on the Draft Environmental Impact Report and economic package, also known as the development agreement.

But the A’s need to hear from the City Council this year, he said. The A’s have been working on the project for nearly five years.

“We just want some certainty on the timelines,” Kaval said.

The Port of Oakland has given its approval.

The four Port tenants are not the only parties who want the stadium built at the Coliseum site. The four are part of a larger coalition in favor of an East Oakland stadium.

The coalition called the East Oakland Stadium Alliance says on their website that a new stadium in East Oakland would uplift that area and preserve port jobs.

No one from the alliance was immediately available for comment.

Jacob thinks the Port tenants will win the appeal.

“We believe we are correct and remain very hopeful the appellate court will agree that the Howard Terminal project should not be certified for fast-tracking and ensure that the A’s follow the standard environmental impact review process,” he said.

“Those processes are vital to protecting the working waterfront, the environment, and our community and should not be bypassed by special interest shortcuts that expired over a year ago.”