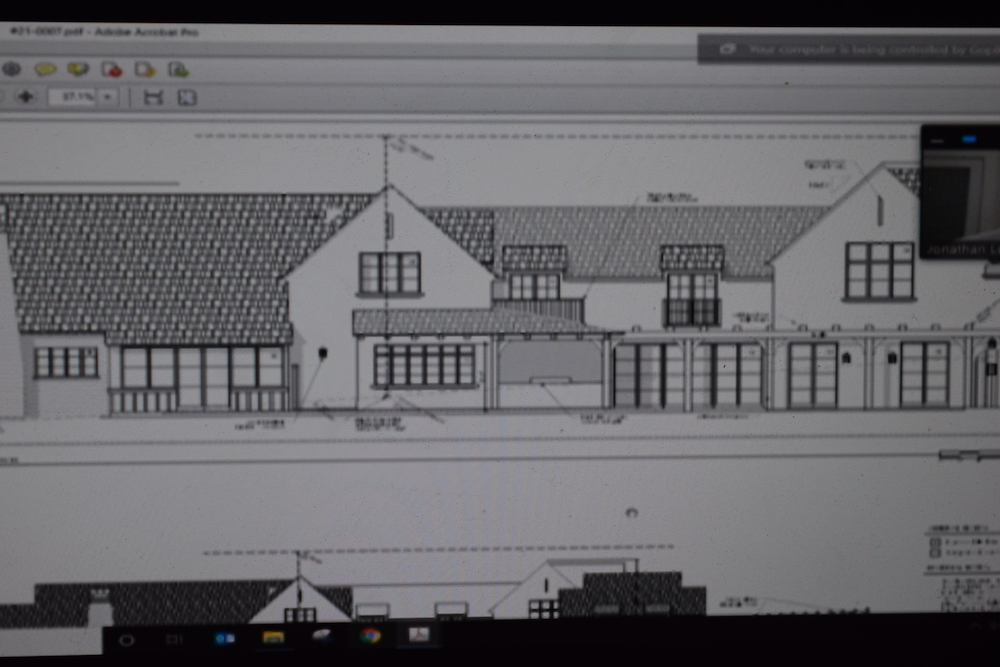 Neighbors say the home to be built at 21 Sierra is not to scale and too big for the lot; one dissenting planning commissioner agreed.

Piedmont Planning Commissioners on Monday approved plans for a 5,697-square-foot house, along with a two-story, 973-square-foot detached accessory structure, at 21 Sierra Ave., over objections by neighbors that the house would be too big for where it would be built.

Planning commissioners voted 4 to 1 to approve the plans submitted by Tom and Karen Sullivan to build the house on a parcel directly next to their current house, at 17 Sierra Ave.

Commissioner Rani Batra said she thought the house has a “thoughtful and beautiful design,” and that the Sullivans have a right to develop their parcel. Batra said the design plans were updated late Monday afternoon to include lowering the overall height of the main structure another 6 inches, and that those 6 inches, plus 12 inches previously agreed to, are included in conditions for approval.

Commissioner Douglas Strout said the house’s design helps bring what would be a large house “to a human scale.”

Residents of several neighboring houses on Sierra Avenue and Mountain Avenue, while praising the new house’s design, told the Planning Commission the project is too big for the parcel it would be built on. Neighbor Steven Addis said the problem is scale.

“It’s a big house on a big lot, and it’s going right to the edge,” Addis told commissioners. “And we feel it doesn’t really fit.” Another neighbor likened the Sullivans’ plans to “a big apartment complex abutting Mountain Avenue.”

“I think the neighbors have legitimate concerns about this house being too large for its lot,” he said. “It does feel shoehorned into that lot.” He also said he fears the next residents of 17 Sierra — the Sullivans’ current house — would be confronted with a “wall of building” abutting their property in the form of the Sullivans’ new house.

But other planning commissioners, though acknowledging the size concerns, agreed with Batra and Strout on the general quality of the proposed new buildings. Commissioners Tom Ramsey and Allison Allessio, who also voted to support the Sullivans’ project, both praised the design, and said changes to the overall height, and to the driveway that faces Mountain Avenue, should help ensure a better project.

Rulings by the Planning Commission can be appealed by members of the public to the Piedmont City Council.