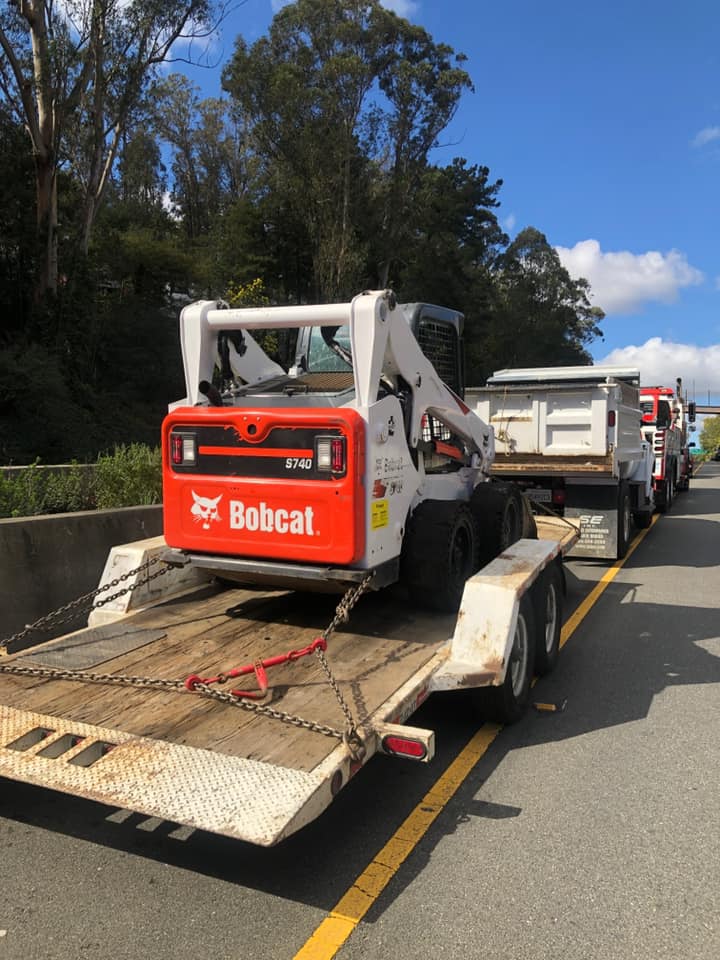 Piedmont police stopped the theft of a dump truck and a trailer carrying a Bobcat tractor on Saturday afternoon.

The city’s license plate readers at Tyson Circle and Lasalle Avenue alerted police around noon of the theft, and officers attempted to stop the truck on state Highway 13. The driver then abandoned the rig and fled across the highway. Officers did not pursue the driver due to the risk, police said.

The construction vehicles were reported stolen from San Jose, an officer said. A search of the truck turned up a replica Glock 19 pistol, marijuana, and other evidence.

Police planned to return the vehicles to the owner.