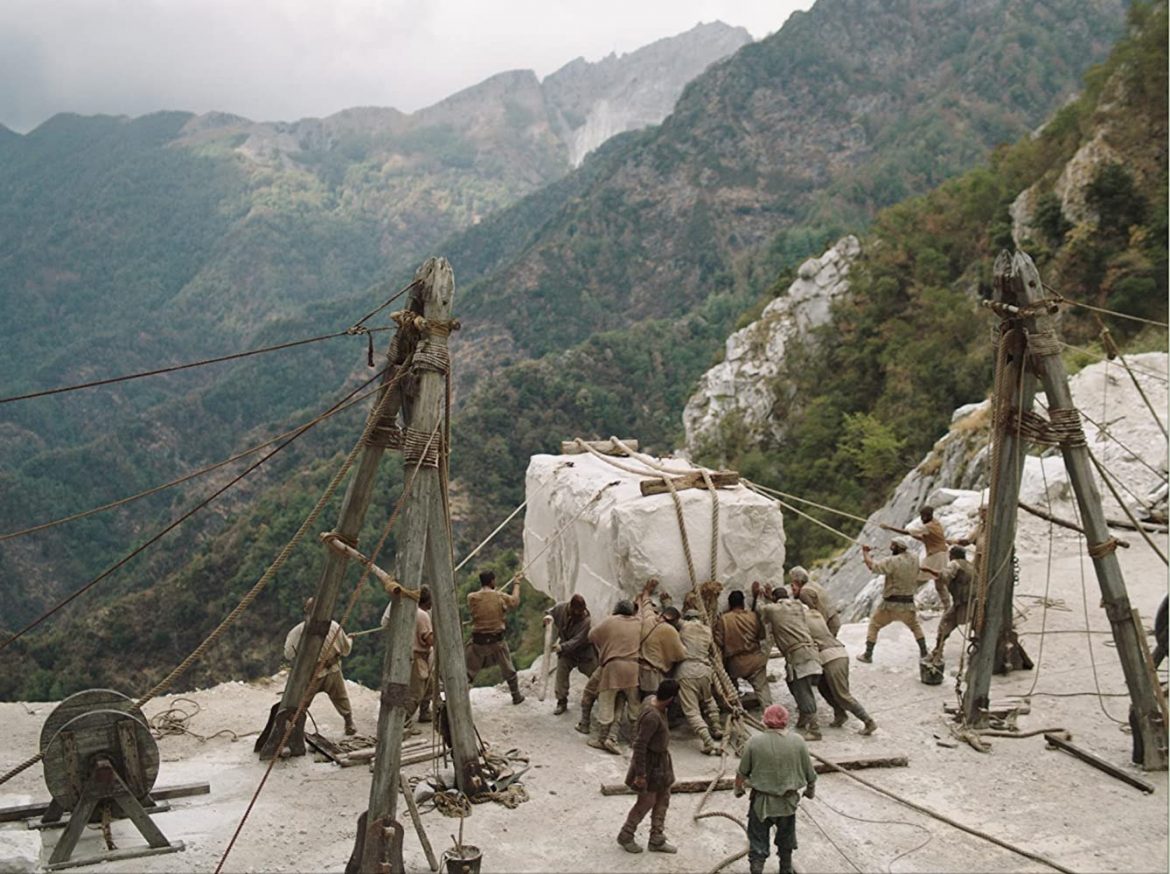 An exciting new voice in the horror genre hails from Santa Cruz, and his creepy debut tops our list of streaming recommendations. Another under-the-radar find is a collection of six shorts pertaining to Black identity, available to stream via two Bay Area theaters.

“Sator”: It takes fortitude, ingenuity and sometimes even carpentry skills to make your first feature. Just ask Santa Cruz filmmaker Jordan Graham who’s well-versed on doing that and more, from building a cabin in the Northern California woods to editing, producing, writing, directing, even capturing the evocative look of the mysterious outdoors. His hard work pays off with this disturbing years-in-the-making indie horror debut that recalls the ominous spirit of Robert Eggers’ 2015 debut “The Witch.” Graham’s grandmother served as the inspiration and has a small role. “Sator” is a cursed family horror story that shifts from past to present and is about an antlered spirit — or perhaps a recurring vision induced by generational mental instability — that latches on to Adam (the handsome Gabriel Nicholson) and his brother and sister. Graham isn’t interested in spilling blood or long conversations, he’s all about creating an uncertain, bone-chilling mood you won’t be able to shake off after you fall asleep. What an accomplished debut. (Available to stream on various platforms.)

“Our Right to Gaze: Black Film Identities”: An anthology of short films is a challenge since there tends to be a couple clunkers in the mix. While curator Curtis Caesar John’s pick of six shorts on the Black experience varies in just how successful each is, there’s not a “bad” one in the bunch. His collection relates, as he states, the “Paradox of Expectation.” That’s reflected from these emerging Black filmmakers: Antu Yacob, Kyla Sylvers, Lin Que Ayoung, Toryn Seabrooks, Ya’Ke Smith and Zora Bikangaga. The diversity of voices and storytelling styles make “Our Right to Gaze” one of the most satisfying collections I’ve watched in recent memory. My favorites are the bookends:  “Love in Submission” — in which a well-to-do Muslim woman invites into her home an unexpected visitor with some unwelcome news — and “Auntie Zariyah” — a Seattle-set comedy with a comedian meeting his young Instagramming sensation of an aunt. Each of those work, one through drama, the other via comedy. Just be prepared for some hilarious nudity in a pandemic-related short on dating during these untouchable times. (Available now at https://www.roxie.com/our-right-to-gaze-black-film-identities/ and https://rafaelfilm.cafilm.org/our-right-to-gaze/.)

“Sin”: Nothing in Andrei Konchalovsky’s gritty Renaissance biopic on artist/sculptor Michalengelo gets romanticized. Not Michaelengelo’s parasitic family that feeds off his fame. Not his too grandiose creative visions, at least one of which resulted in tragedy. Konchalovsky gets at the grit every time, even swerving far away from picture-postcard snapshots of Florence or Rome — here those swoony spots look grimy and soiled. The result is a raw, unfettered and real portrait of an obsessive artist (an excellent Alberto Testone) as he desperately scurries to meet obligations to both the Medici family and a previous papacy while dealing with his own desires. “Sin” culminates in a bold masterstroke from Konchalovsky — director of the Oscar short-listed “Dear Comrades!” — wherein Michalengelo demands that a crew extract a mammoth rectangular block of marble and keep it intact while lugging it down a treacherous hillside. It serves not only as a powerful metaphor but also one of the most striking cinematic images you’re likely to see, and then remember, this year. (Available Friday at https://www.roxie.com/sin/.)

“Days of the Bagnold Summer”: Actor Simon Bird’s feature debut doesn’t sound like much on paper — where the story first originated in the folds of a graphic novel. A bored and bothered teen (Earl Cave) isn’t happy about having to stay in England with his congenial mom (Monica Dolan) over the summer instead of with dad and his new wife in Florida. But their mother-and-son time turns out to not just be droll and funny, but also poignant without getting mushy. “Bagnold” is never artificially sweet, but it is one sweetheart of a comedy. (Now available at https://rafaelfilm.cafilm.org/days-of-the-bagnold-summer/ and https://www.roxie.com/days-of-the-bagnold-summer/.)

“The Man Who Sold His Skin”: The California Film Institute continues its addictive For Your Consideration program, offering up almost all of the recently short-listed entries for 2021 Best International Feature Oscar. A lesser-known title amongst the 15 is this engrossing drama from Tunisia that’s directed and written by Kaouther Ben Hania.

Set in the art world and inspired by the true story of a “living” artwork, it follows bitter Syrian refugee Sam (Yahya Mahayni) and how he catches the eye of edgy, renowned artist (Koen De Bouw in a killer performance) and his strategizing gallery assistant (Monica Bellucci, equally killer). They want Sam to become a human canvas, his back adorned with a tattoo of a visa. But that artistic/political statement raises so many questions. Is this really art? Or is it exploitation? And is it ethical to make someone an object on view? Those questions get addressed in a lively narrative that entertains and even bewilders. Be sure to listen to the Q&A afterwards; it’s quite illuminating. (Now available at https://rafaelfilm.cafilm.org/international-short-list-2021/.)