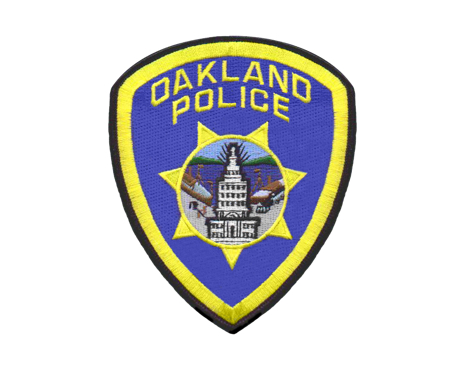 Mayor Libby Schaaf on Friday tapped a 22-year veteran of the Oakland Police Department to be the agency’s new chief.

LeRonne Armstrong, currently a deputy chief, will be sworn in Monday at 10 a.m., ending the tenure of interim Police Chief Susan Manheimer.

Armstrong was born and raised in Oakland and lost an older brother to gun violence. He is taking over the chief’s job at a time when shooting deaths have spiked in the city; in January, 15 people were killed, compared to one homicide reported in January 2020.

In addition, more homicides occurred in Oakland last year than any since 2012.

Manheimer suggested that police could not effectively implement its ceasefire program because of the pandemic. Ceasefire was at least part of the reason Oakland, the Bay Area’s third largest city, was able to cut nearly in half the annual number of homicides between 2012 and 2019.

Oakland police officers extended their thanks to Manheimer and welcomed Armstrong.

Armstrong in the video stressed how important it is to ensure young people in the city feel safe.

He did not feel safe as a child in Oakland, he said.

“It’s my job now to do everything I can to make sure that we as a police department do our job, but also recognize the important role” the community plays in solutions, he said.

The last permanent occupant of the chief’s job, Chief Anne Kirkpatrick, was fired in February 2020. In August, she filed suit against the city, alleging she was fired in retaliation for exposing corruption and abuse of power by the Oakland Police Commission.

Armstrong will be officially sworn in at McClymonds High School, his alma mater. The ceremony will be live-streamed on Mayor Libby Schaaf’s Twitter page, @libbyschaaf, and on the Oakland Police Department’s Twitter page, @oaklandpoliceca.

This article has been updated with details of Armstrong’s swearing-in ceremony.