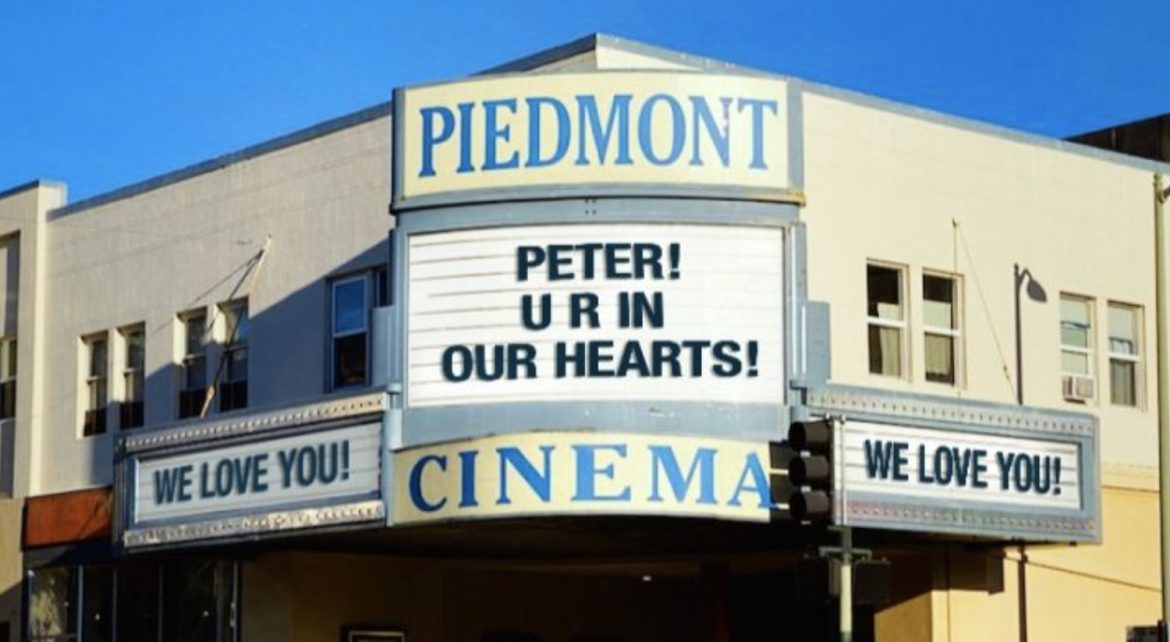 A constant presence on Saturday nights at Oakland’s Piedmont Cinema, Peter Chumo would raffle prizes for guests until the pandemic closed the theater temporarily.

Tragically, a Valentine’s Day crash on an East Bay freeway injured Chumo and killed his mother. But, because of Chumo’s kindness, friends say, an outpouring of support has risen to the tune of more than $44,100 on GoFundMe as of 4:30 p.m. Friday.

According to friends, Chumo’s 82-year-old mother Gloriana died in the crash on eastbound Interstate Highway 580 just west of Edwards Avenue in Oakland. Chumo suffered moderate injuries, according to the California Highway Patrol.

“He’s literally buffaloed by the support,” said Sarah Stangle, a previous supervisor of Chumo who said he is a relatively quiet person who may not know the kind of influence his kindness has had. Stangle said a nurse who treated Chumo gave $412 to get the fundraiser to its goal and she gave because of his demeanor. “It underscores the breadth of his influence, of his kindness,” Stangle said.

Despite the monetary support, Chumo would just like to have his mom back, she said. He cared for her for years, she said.

Chumo has been back at their home after spending a week in the hospital. He and Stangle got to know each other when she was his work supervisor for five years starting in 2014 at Swirl, an advertising agency. Swirl no longer exists after another company purchased it. Chumo is with another agency now.

“He’s truly a gentleman in the deepest sense of the word,” said Piedmont resident Lesley Mandros Bell, who knows Chumo and knew his mother. She said he’s been touched by what people have given and what people have said, too.

She called the loss of Chumo’s mother “tragic.” Gloriana was bright and engaged, according to Mandros Bell. “She noticed everything,” Mandros Bell said.

A former assistant manager at the Piedmont Cinema, Peter Quigley said he and Chumo knew each other for several years as colleagues with Landmark Theatres. Quigley, an Oakland resident, said he knew Chumo was going to be there Saturday nights.

“He went out of his way to put a smile on people’s faces,” Quigley said. “It’s something that brings him a lot of joy, too,” he said.

The collision may have been a hit and run accident. CHP Officer Sean Layton said the CHP has, as of Friday afternoon, no leads on a suspect or the suspect’s vehicle.