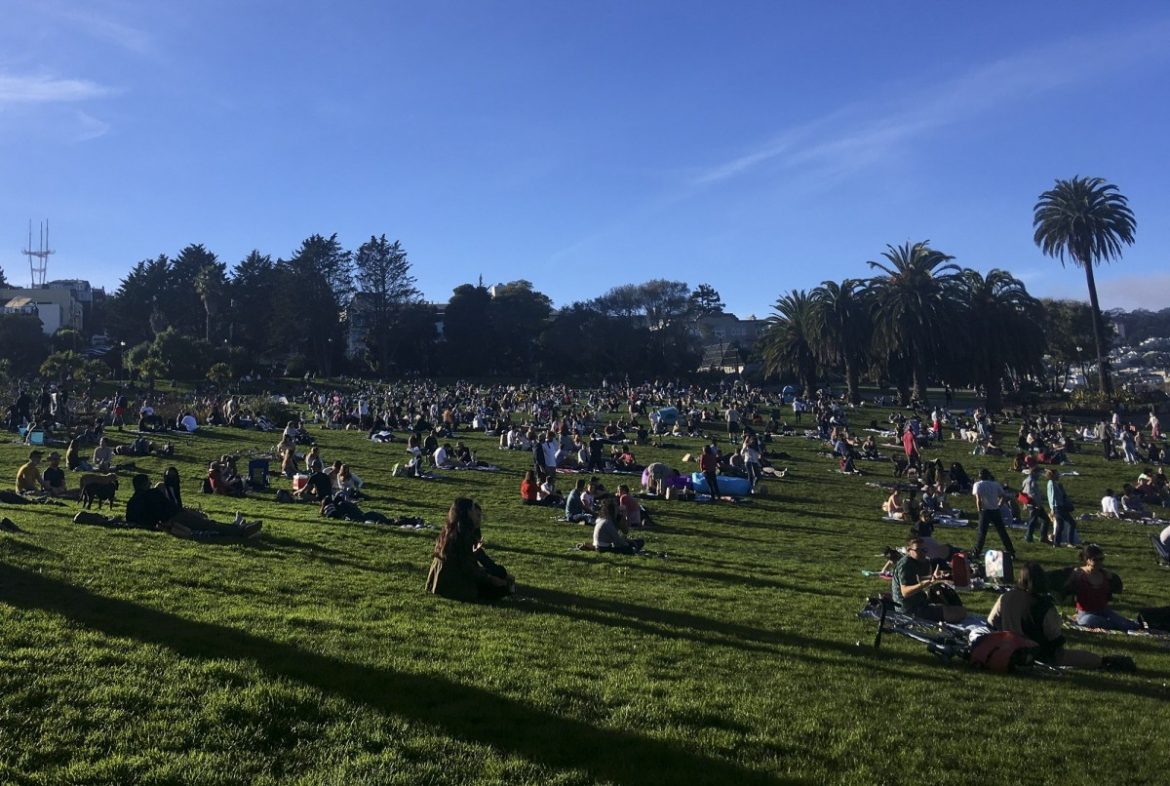 During some of the darkest days in the pandemic, Gov. Gavin Newsom offered some optimism: the winter surge of COVID-19 would be it. Liquid gold — the first batch of vaccines — was just days away.

“This is the final surge,” Newsom said on Dec. 3, urging people to stay home and save lives.

Health experts continue to hope that steep spikes in infections and hospitalizations are a thing of the past. But a bumpy vaccine rollout, new, more contagious forms of the virus, and an expected increase in social activity following California’s exit from the stay-at-home order all beg the question: Will the state see another wave of COVID-19?

“The chance for another surge in California is real; it’s still circulating, COVID is in our communities,” Dr. Mark Ghaly, the state’s health secretary, said on Tuesday. “Our case rates are down, but they’re not low.”

Ghaly warned against gatherings on Super Bowl Sunday, noting that in the most recent surge, illnesses and hospitalizations increased after World Series celebrations. The upward trend was exacerbated by holiday gatherings. He also advised people to wear higher grade and better fitted masks because new strains of the virus are proving to be more contagious and require better protection.

Given that California is just coming down from a brutal wave of infections and hospitalizations, some health officials and experts were perplexed when Gov. Gavin Newsom lifted the stay-at-home order for the entire state on Jan. 25. The governor pointed to projections that all of the state’s five regions would have ICU capacity well above 15% in four weeks. That’s the threshold the state set for exiting the order and resuming activities like outdoor dining and businesses including nail and hair salons.

Such projections don’t mean the pandemic is easing, cautioned UCLA epidemiology professor Shira Shafir.  They only mean that if someone were to become severely sick, there will be a bed for them.

“Even with stringent control measures in place we still saw a massive surge,” Shafir said, referring to the stay-at-home order. “We have now loosened those restrictions…and people might think well, if X is open, then X is safe, and that’s not the case.”

If social activity increases while new versions of the coronavirus take hold, higher rates of transmission could threaten the recent decline of cases and hospitalizations and impact the state’s ICU capacity, she said.

California had detected the B.1.1.7 strain, better known as the U.K. variant, in 133 people as of Tuesday, Ghaly said. This specific variant is about 50% more infectious, according to the U.S. Centers for Disease Control and Prevention. Recent analyses also suggest that the U.K. variant is associated with more severe illness. The California or West Coast variants, dubbed B.1.429 and B.1.427, have been found in 1,057 cases in the state.

It is still unclear exactly how much more contagious the West Coast variants are compared to the standard form of the virus, said Dr. Benjamin Pinsky, the medical director at Stanford’s Clinical Virology Laboratory. But in early January, finding these homegrown variants was rare, and now they’re found in about a third of the samples screened in his lab, he said.

His lab has also detected the Brazil P.2 variant in one person. This is different from the closely-watched Brazil P.1 variant, Pinsky said.

Still, those numbers are just a small sampling of what’s really out there, experts say. There simply isn’t enough genomic sequencing yet to stay on top of new variants taking place in the state or the country, said Dr. Michael Buchmeier, UC Irvine professor of medicine and infectious disease expert. The U.S. is number 43 in the world when it comes to genomic sequencing, although CDC officials recently said they are working to significantly scale this up.

California leads the country in sequencing after screening just under 12,000 samples, Newsom said on Wednesday. But ideally, you’d want to be screening at least 10% of cases for a more accurate picture, Buchmeier said. At that rate, the state would have screened more than 300,000 samples by now.

Yet even the smaller number of new coronavirus strains discovered in the screenings show the urgent need for California to boost its pace of vaccinations, Buchmeier said. The more the virus replicates, the more it mutates. The good news is early studies show that even against these newer variants, available vaccines and even some pending approval still protect people from severe illness. The fear is that ongoing changes to the spike proteins of the virus, in particular, could eventually render vaccines ineffective.

While vaccine allocation is expected to ramp up across the country in coming weeks, widespread protection is likely many months away, experts say. California had received 6.4 million doses and administered 3.9 million as of Thursday.

That leaves some county health officers preparing for the next surge even as they still are coming down from the winter rush. They are reinforcing public messages about safety and risk, emphasizing that masks and physical distancing continue to provide needed protection.

“Because of the mixing that we know happens with increased activities and because of these new variants that are more contagious, it won’t be surprising if we have a spring uptick,” Dr. Rais Vohra, Fresno County’s health officer, said in a recent press briefing. “That’s really what I’m looking ahead to, asking, how can we prepare for another surge?”