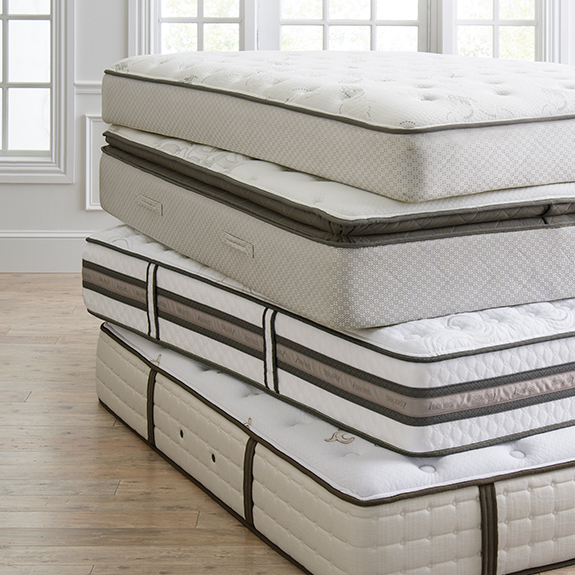 I’m a fan of “The Godfather” (and of “You’ve Got Mail”), but I’ve never understood the term: “go to the mattresses,” so I consulted the Urban Dictionary:

“In times of war or siege, Italian families would vacate their homes and rent apartments in safer areas. In order to protect themselves they would hire soldiers to sleep on the floor in shifts. The meaning of the phrase turns on the association in Italian folk-memory of mattresses with safety in wartime. The phrase wasn’t well known outside of the USA and Italy prior to the Godfather movies. It was used there, and later in The Sopranos television series, to mean ‘preparing for battle’.” (So now we know.)

The concept of going to battle is a discussion I’m having with nearly ALL of my Buyers these days.

Unless you’re the rare bird that can pluck down the ALL-CASH offer (and well over the asking price) chances are you’re going to be battling on nearly every listing, AND sadly, coming up on the losing end more often than not.

In fact, competition for homes has never been stiffer.

That’s tough news for Buyers to bear and even tougher to weather as they move from house to house along with the other 15-20 Buyers who didn’t get the last property either. And as their budget climbs, along with their frustration, so do their expectations . . .

“I’m not sure I’m willing to pay that MUCH for this house,” observed one of my clients, “for that kind of money, it needs to be perfect.” (Au contraire.)

To put it bluntly (and I’m nothing if not blunt) that kind of thinking – no matter how earnest – is completely misguided.

The truth is “perfection” in a house doesn’t exist – only opportunity.

Whether the house feels like an opportunity to you, or not, is yours to decide, but waiting for the “perfect” house to come along only means you may be waiting a very long time.

Moreover, they’ll be no deductions for the landscape that’s desperately needed, the dated bathrooms and kitchens waiting to be remodeled, the turn-of-the-century knob and tube wiring, or those suspicious foundations creating settlement in the house. You can add up those numbers in your head (and you should) but it won’t translate to a lower selling price – not in a market where demand far exceeds supply.

Cliff and I have owned eight homes over the course of our 31-year marriage and we’ve yet to buy the “perfect” house. In reality, we’ve rarely bought one that even hit the “like” threshold. We might have liked the location but hated the house. Liked the house, but [weren’t] wild about the yard. Liked the potential, but needed more money than we had to fix it . . . and so the saga went.

If it was a 7 out of 10, we usually put on our boxing gloves and made an offer, but we never made a lukewarm one. Even this latest venture in Fallen Leaf Lake has a long list of “improvements” we’ll need to address over time. That’s the real story of homeownership and one that’s rarely highlighted.

And like many of you, we also went up against several other Buyers, bid higher than we wanted to go, waived our inspections completely, bent over backward for the Sellers, and sucked it up. (Booyah!) But that’s what it took to get the house – warts and all. (Those warts represented the culmination of a life-long dream.)

While each of us has a dream, the reality is that most of us also have a budget (which doesn’t typically include perfection – unless perhaps, your Mark Zuckerberg, in which case, I’d love to represent you.)

And ultimately, we each have a tipping point as well.

The “tipping point” is where you’re not only okay walking away, but actually a little relieved; “If someone else is willing to pay that much, good luck and God speed.” But practicalities aside, if you aren’t feeling a little sick inside when you turn in your offer, you probably didn’t bid enough. (I’m not being glib here; you should honestly feel like you’re going to throw up.)

Finally, if you haven’t found the house you’re willing to “go to the mattresses” for, don’t bother bidding at all.

You’ll only add fuel to an already overheated marketplace and force everyone else to bid that much more. In essence, you’ll be moving the bar north, which won’t help you on the next property in which you’re likely to bid, as each sale seems to set a new record for the neighborhood.

BUT IF the house has potential, IF there’s an upside, IF you can improve it, IF it doesn’t break the bank, and if you LIKE it . . . that’s probably a house worth fighting for.

In other words, “Go to the mattresses!” (We’ll be right there beside you.)