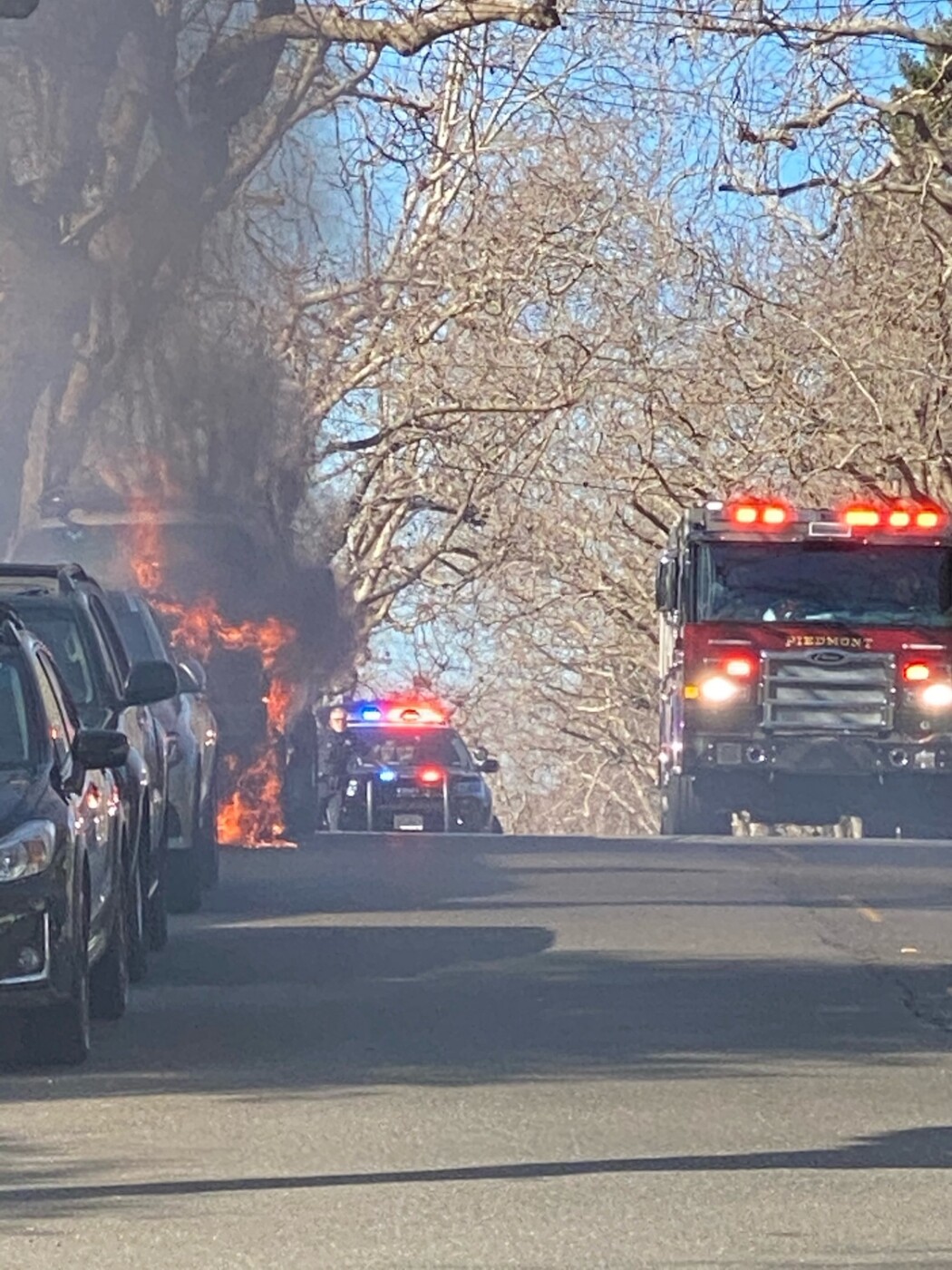 Spotted on Sunday morning: an engine fire on the 2000 block of Oakland Ave. Dramatic flames and smoke overtook a truck which had pulled over when the driver noticed his engine smoking, according to Valerie Corvin who caught the scene on camera. Firefighters said they thought the fire was due to a mechanical problem. The fire was safely extinguished but the truck’s engine was gutted.