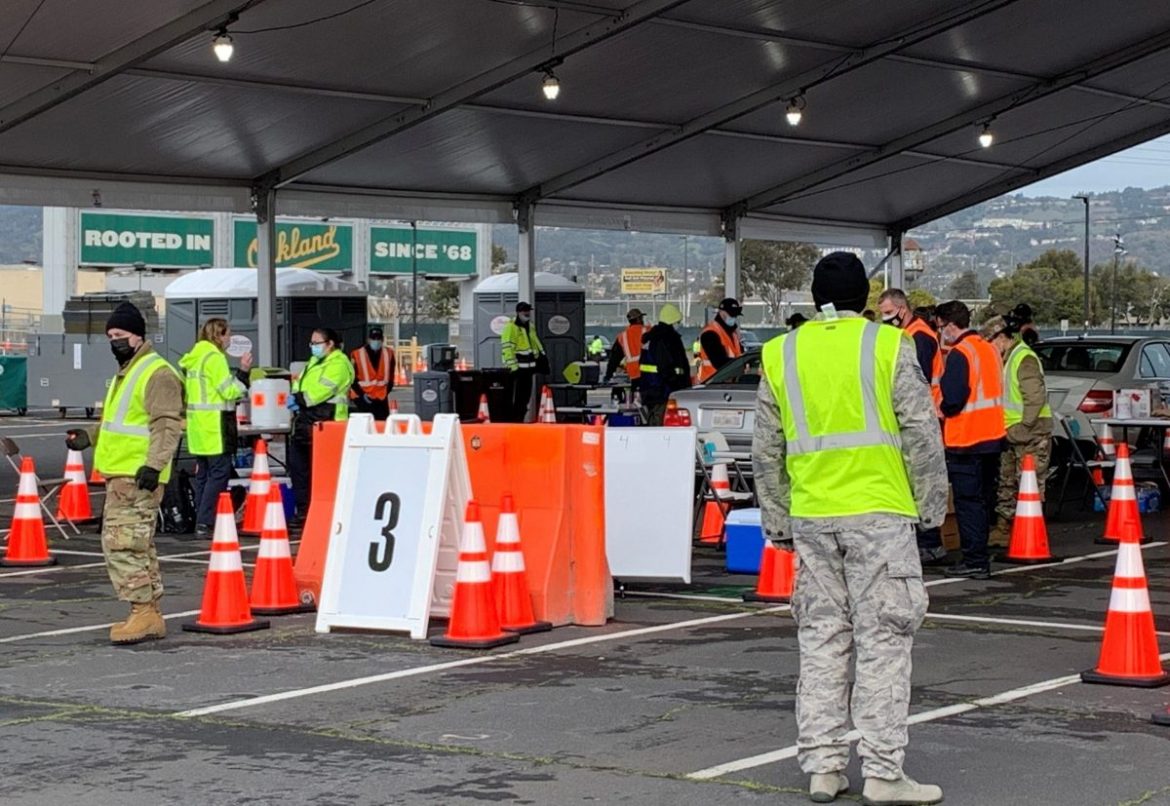 Caltrans advised motorists who travel near the Oakland Coliseum vaccination site — and who are not seeking vaccinations — to use alternate routes to avoid traffic at the Interstate 880 northbound offramp at 66th Avenue.

Caltrans issued an advisory Monday encouraging people to consider alternatives — such as taking Hegenberger Road or Interstate 580 to avoid backups — or to consult the agency’s Quickmap website at http://quickmap.dot.ca.gov/.

Officials said traffic delays have developed at the vaccination site, which is open daily from 9 a.m. to 7 p.m. The site is expected to operate for at least the next eight weeks.