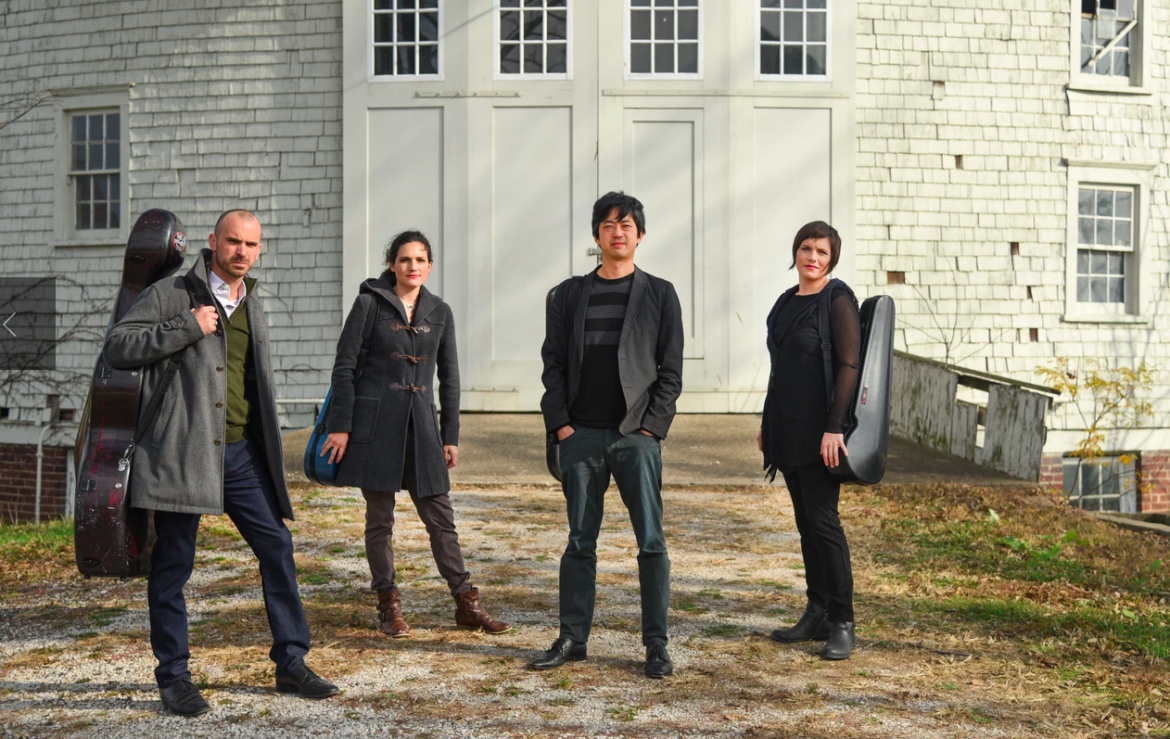 His armor is shining: It’s a wacko story full of swans tugging boats, sorcery and an anonymous knight of the Holy Grail, but Richard Wagner’s “Lohengrin” is also full of gorgeous, sensuous melody. It’s this weekend’s offering in San Francisco Opera’s free streaming series, “Opera is ON,” launching at 10 a.m. Saturday and available until midnight on Sunday. Tune in at sfopera.com to watch and hear tenor Brandon Jovanovich in the lead role as the hero who comes to the rescue of the damsel in distress. That would be Elsa, sung by soprano Camilla Nylund in her San Francisco debut. Former S.F. Opera music director Nicola Luisotti conducted this 2012 production of Wagner’s most popular opera.

Four from four: The award-winning Jupiter String Quartet, hailed by the New Yorker as “an ensemble of eloquent intensity,” is embarking on a four-part digital concert series streaming at 10 a.m. four successive Fridays, Feb. 5-26, from the Krannert Center for the Performing Arts at the University of Illinois in Urbana-Champaign. Called “Reflection and Renewal,” the free series will offer one major work in a minor key from the classical repertoire paired with a modern work in a more uplifting major key. They’ll kick things off with Beethoven’s String Quartet No. 11 in F minor, followed by Canadian composer Kati Agocs’ “Imprimatur.” To access the concerts and get information on the rest of the programming, go to krannertcenter.com. Each concert will remain accessible through March 5.

Close-to-home theater: Bay Area playwright Lauren Gunderson is an unabashed lover of all things science, so you know a little thing like a deadly global pandemic isn’t going to scare her into hiding. Sure enough, Gunderson, named America’s most-produced playwright in 2017, 2019 and 2020, is back with a new work, “The Catastrophist.” And sure enough, it’s about a scientist. And not just any scientist. The one-person play focuses on famed virologist Nathan Wolfe — her husband of eight years. Wolfe is an expert on epidemics and the threats they pose, and has been cited frequently in news accounts as one of the people who have been warning us for years that something like COVID-19 was knocking at our door. If people didn’t pay enough attention to him then, they can now. In the 80-minute “The Catastrophist,” Wolfe — portrayed by William DeMeritt — tells his life story and recounts his many hunts for dangerous viruses around the world. But this is not an I-told-you-so play; it deals with both the thrill and danger of scientific discovery and the beauty of unwrapping secrets in all forms of life. The dialogue was reportedly developed in interviews Gunderson had with her husband in their San Francisco Victorian. The show is streaming via the Marin Theatre Company through Feb. 28. Access is $30. Go to www.marintheatre.org.

‘Freedom’ calls: Darryl Van Leer has re-created such a sizable cast of people in his stage career he should really think about getting his own zip code: Ray Charles, Little Richard, Elton John, Sam Cooke, Martin Luther King, Jr., Malcolm X, Thurgood Marshall, Frederick Douglass, Muddy Waters … you get the picture. On Saturday, Van Leer will bring arguably his most-praised impersonation to a livestreaming production of “Mandela: Let Freedom Reign.” The show covers Nelson Mandela’s life and struggle against South African apartheid and includes segments of the iconic “I am prepared to die” speech he delivered during the trial that led to his being sentenced to life in a South African prison. Just in time for Black History Month, The Marsh in San Francisco is streaming the solo show at 7:30 p.m.

Unlike most Marsh streaming shows, this one will not be available on demand afterward. Van Leer will also appear in a Q&A with Marsh founder and director Stephanie Weisman at 7:30 p.m. Thursday. Both productions are free, but donations are encouraged. Go to themarsh.org.

Hershey’s on a roll: TheatreWorks Silicon Valley may not be able to provide live theater these days, but the Palo Alto troupe has a secret pandemic weapon — Hershey Felder. OK, the very seemingly ubiquitous Felder might not be much of a secret. The popular entertainer best known for his multimedia shows about famous composers re-emerges this weekend to premiere a trio of world premieres that will stream on TheatreWorks’ website. At 5 p.m. Sunday, Felder will livestream “Before Fiddler,” a deep dive into the story of famed Yiddish author and playwright Sholem Aleichem, who created the character Tevye the Milkman more than two decades before he was the lovable protagonist in “Fiddler on the Roof.”

Per usual, Felder will appear in character as Aleichem and detail the author’s story as well as the development of klezmer music, which inspired much of the sound of “Fiddler.” He’ll be accompanied by the quartet Klezmerata Fiorentina. “Fiddler” will be available on demand through Feb. 14. Upcoming Felder premieres also include “Puccini,” focusing on Italian opera composer Giacomo Puccini (livestreams March 14, on demand through March 21), and “Anna and Sergei,” revolving around the Russian composer Sergei Rachmaninoff (livestreams May 16, on demand through May 23). Tickets are $55 per household each show, $148.50 for all three. Go to www.theatreworks.org.