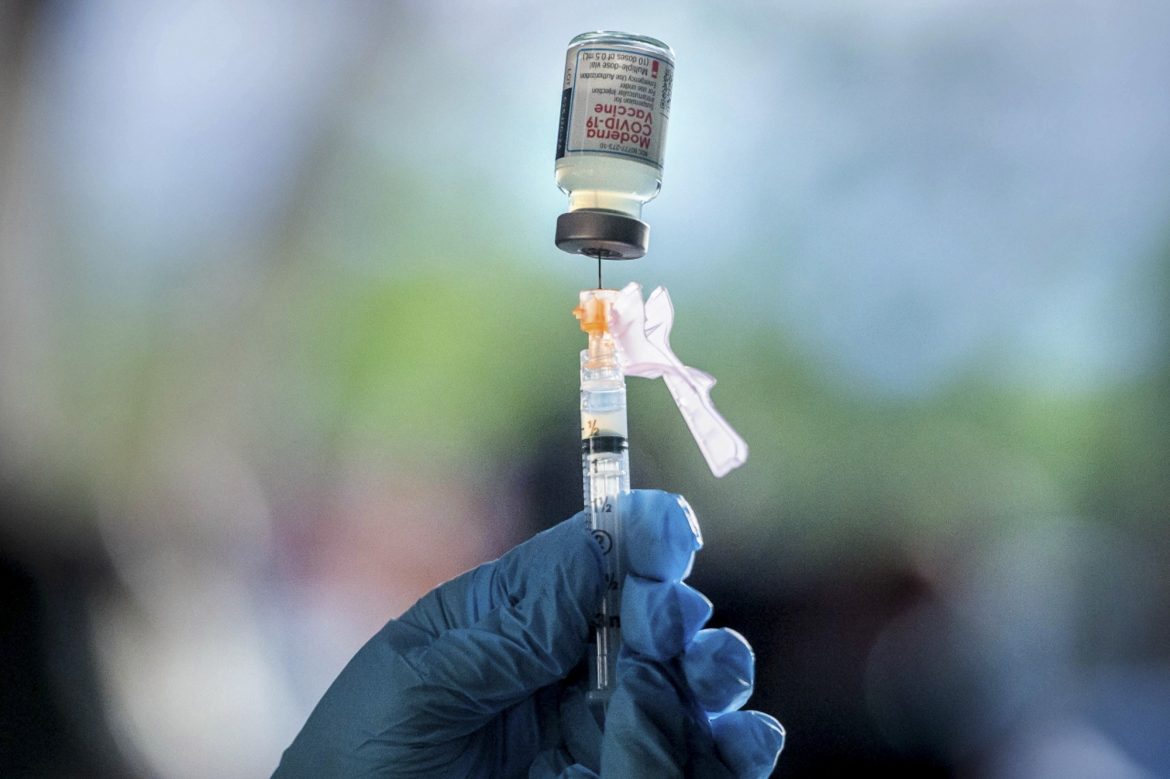 The problems keep racking up for California’s vaccine rollout.

State Epidemiologist Dr. Erica Pan on Sunday recommended providers stop administering doses from a specific batch of the Moderna COVID-19 vaccine following “a higher-than-usual number” of possibly severe allergic reactions at a mass vaccination site in San Diego. Although fewer than 10 people appeared to experience anaphylaxis, Pan issued the recommendation “out of an extreme abundance of caution.” More than 330,000 doses from the batch have been distributed to 287 providers across the state, representing about 10% of all doses in California’s possession.

With the batch off-limits until federal, state and company investigations are complete — and the federal government walking back its promise of giving the states additional doses — California’s sluggish vaccine rollout seems poised to hit another speed bump.

It’s another setback for Gov. Gavin Newsom, who appears to have fallen short of his goal of vaccinating 1 million additional Californians by Friday. Around 500,000 doses had already been administered when he announced the goal, and the state had administered only 1.3 million doses as of Saturday. Only five states have administered fewer doses per capita than California, according to the Centers for Disease Control and Prevention.

Another potential hitch emerged Sunday, when the state Department of Public Health announced that a new coronavirus strain — distinct from the possibly more infectious United Kingdom variant — had emerged in at least 12 California counties. The new strain is linked to several large outbreaks, including one at a Kaiser emergency room in San Jose that has infected more than 90 people and left at least one dead.

Experts said the new strain could potentially be more infectious and its mutations could possibly reduce the effectiveness of the available COVID-19 vaccines.

1. Next steps for Padilla, Weber, Newsom

Kamala Harris on Monday formally resigned from her Senate seat, setting off a chain of political dominos in California two days before her inauguration as vice president. Also Monday, Newsom formally appointed Secretary of State Alex Padilla to Harris’ seat and formally nominated Assemblymember Shirley Weber to replace Padilla. The state Legislature has 90 days to vote on whether to confirm Weber; until then, former Deputy Secretary of State James Schwab will serve as acting secretary of state. But the political musical chairs aren’t quite over yet: If the U.S. Senate confirms Xavier Becerra as secretary of health and human services, Newsom will choose his successor as attorney general. (Becerra on Friday filed another two lawsuits against the Trump administration, bringing his total to 101.)

The California State Capitol will remain tightly guarded through President-elect Joe Biden’s inauguration on Wednesday, though things were peaceful over the long weekend, with just a few scattered demonstrators. However, a Sacramento antifa group appears to be planning a protest on Wednesday.

New projections suggest that California’s beleaguered unemployment department may have paid nearly $10 billion worth of fraudulent claims — double the amount prosecutors estimated two weeks ago, which was itself double the amount estimated in December. Yet the true scope of fraud at the Employment Development Department remains unknown.

California’s attempts to crack down on fraud — including suspending 1.4 million claims and freezing hundreds of thousands of Bank of America debit cards — have left many legitimate claimants unable to access badly needed funds. One such claimant sued Bank of America on Thursday in a federal class-action lawsuit that will likely escalate an ongoing battle between the state and the bank over who should be held responsible for the fraud. Meanwhile, EDD’s claim backlog is growing as more Californians apply for unemployment. Around 811,000 claims were backlogged as of Friday — the most since early November. The state last year pledged to clear the backlog by Jan. 27.

It may be January, but California’s fire season apparently isn’t over. Hundreds of thousands of residents may wake up today without power as PG&E and Southern California Edison contemplate shutoffs amid high winds reaching 90 miles per hour. Southern California Edison cut off power for around 2,000 customers Monday and warned another 283,000 customers could soon follow. PG&E said around 5,645 customers will lose power Tuesday morning in what marks the utility’s first January shutoffs. The gusty winds, paired with warm temperatures and extremely dry conditions — 95% of California is currently experiencing drought and the Sierra Nevada snowpack is at half its normal level — could potentially spark fires, contributing to red flag warnings popping up across the state. In yet another indication of California’s prolonged fire season, two fires in Southern California last week forced hundreds of evacuations.

So much happened so quickly in 2020 that it can be difficult to step back and see the big picture of its effects on California. But never fear — CalMatters put together a comprehensive guide that analyzes how 2020 impacted the Newsom administration; the state Legislature; and every facet of state policy, including the economy, health, justice, housing, homelessness, education and the environment. We also explore the main challenges California will confront in 2021 and the significant changes likely to come with a Biden-Harris administration, so make sure to check out the guide.