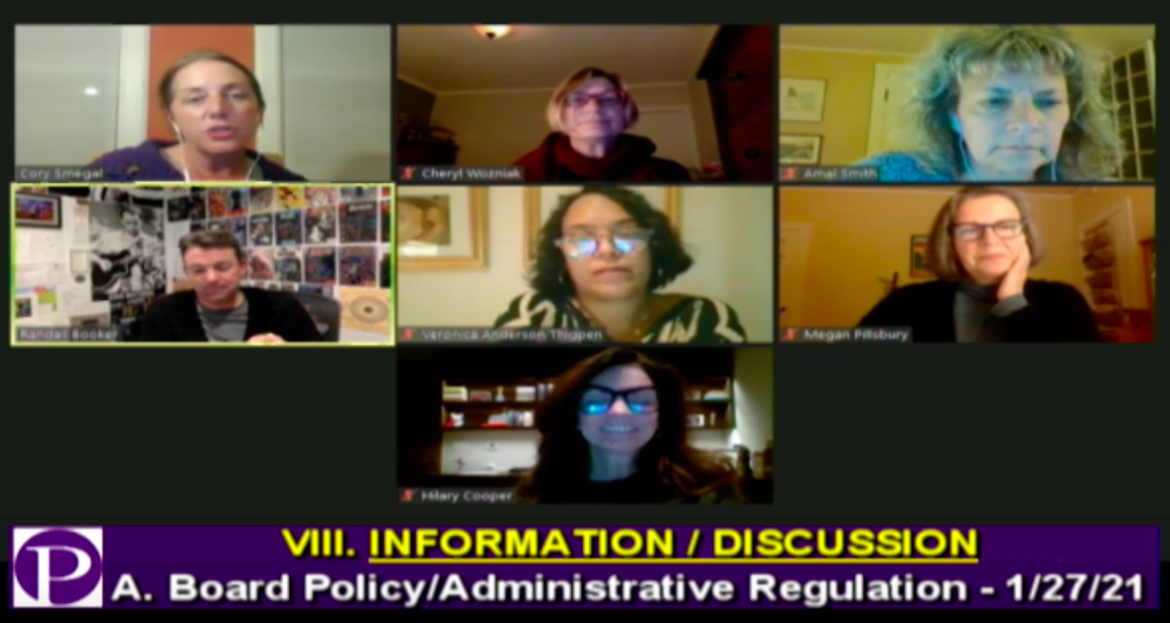 At Wednesday’s Board of Education meeting, several school board members expressed an interest in reconsidering priorities laid out in the district’s interdistrict transfer policy approved last June. The policy revisions set a priority for allowing grandchildren of current Piedmont residents to apply for enrollment, and it also allowed, with less priority, applications from owners of split Oakland/Piedmont parcels, and students who live outside the district.

The district priority list in order is as follows:

Interdistrict transfers have been used in recent years to address declines in enrollment, a trend that is expected to continue in Piedmont and across the Bay Area due to the pandemic and its fallout as families move or choose other schooling options. Thanks to the state’s pandemic-driven “hold harmless” policy,  PUSD is not at risk of losing funding due to enrollment drops until 2022-2023, according to the district’s chief financial officer, Ruth Alahydoian.

Diana Lee of the Piedmont Racial Equity Campaign and others who called in to the meeting encouraged the board to examine ways the interdistrict transfer policy could be used to address diversity issues in the schools. In July 2020, the Board approved a resolution, “Condemning institutional and systemic racism and affirming a commitment to educational equity for Black students, families, and staff.” Although the addition of grandparents to the list of eligible applicants has made sense — they are tax-paying homeowners who engage with and donate to the district — it has also drawn some scrutiny.

“The grandparent policy goes against stated diversity goals and keeps persistent privilege,” said Trustee Megan Pillsbury, suggesting that rather than a stand-alone category, the grandparent privilege could be subsumed into the last category of “all other applicants.”

“This could be a wonderful opportunity — bring more kids in that reflect Alameda County,” said Trustee Hilary Cooper.

Trustees Amal Smith and Veronica Thigpen expressed an interest in better understanding how the transfer process could be used to advance educational equity.

“I don’t want anyone to think that this program in and of itself will be enough [to address diversity goals],” said Trustee Cory Smegal.

The board agreed to revisit the topic in four weeks with an aim to vote on any changes by March, using the time before then to explore ways in which the transfers could be used to achieve some diversity goals.