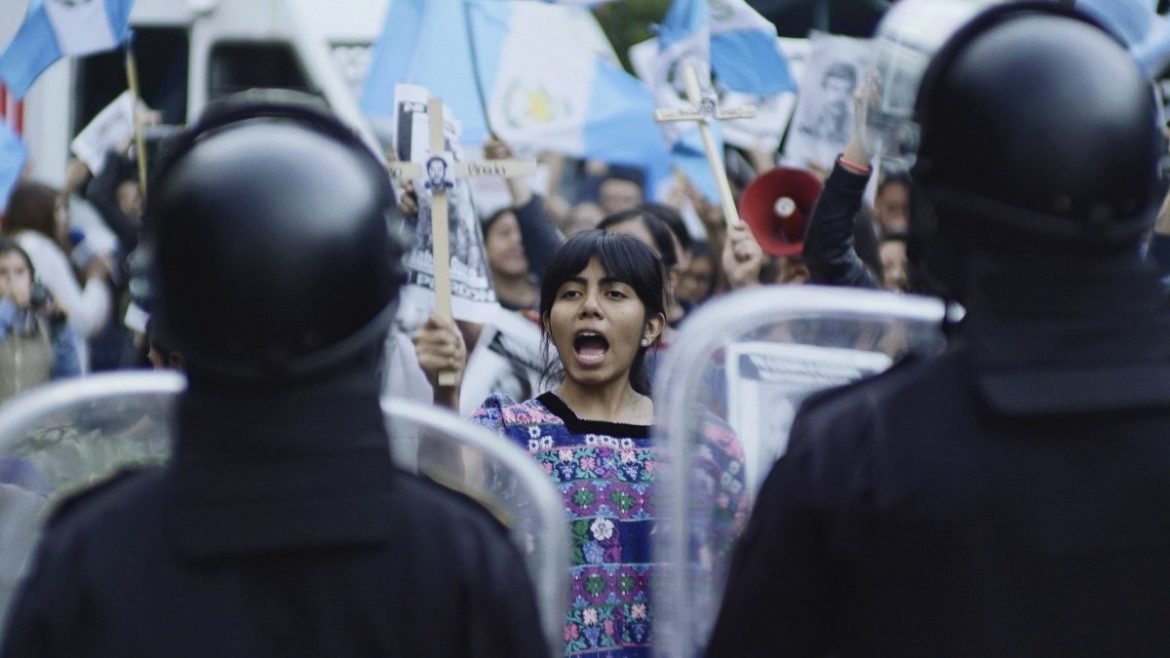 The sins of the past come back to haunt a family in "La Llorna," Guatemala's gripping entry. (Shudder)

While many of us miss the simple pleasure of entering a darkened theater so we can surrender ourselves over to a movie, one of the benefits of online screenings is the breadth of fine global filmmaking you can watch from the comfort of your couch.

The California Film Institute seizes on that virtual opportunity by making many of the 93rd annual Academy Awards’ Best International Feature entries available, a move that continues its “For Your Consideration: A Celebration of World Cinema” tradition. Via the Smith Rafael Film Center streaming site, a programming chef’s choice will be made available.

Pass the Remote will be highlighting many of these films in the weeks ahead. Here are a few to add to your queue as well as an award-winning drama from Mexico that debuted last year at Sundance but didn’t make it into the Oscars race.

“You Will Die at Twenty”: With a bleak yet appropriate title like that, one would assume Sudanese filmmaker Amjad Abu Alala’s metaphysical, lightly fabulistic drama might be an ultimate downer. While it’s true that in the quiet telling of this intriguing, sensitive tale of a cursed Muzamil (Mustafa Shehata) hobbled by a sheikh’s declaration that he will die at 20, numerous weighty matters on fate, religion and death get addressed. But Alala’s strikingly photographed feature debut — Sudan’s entry for Best International Feature — never gets heavy-handed nor melodramatic and asks that we question and give pushback to doctrines and belief systems that prevent us from attaining fulfillment. That’s a powerful message indeed. (Available Friday)

“La Llorona”: Jayro Bustamante plumbs the horrors of political dictatorships and military atrocities and how they haunt and hound the present. Using the framework of the oft-referenced Weeping Woman archetype, Bustamente visits the nightmares that plague an elite family in Guatemala, holed up in their estate as turmoil and outrage swirls outdoors while the brood’s patriarch reckons indoors with the evil he’s perpetrated. Bustamente has artfully made a horror film for people who don’t like horror films as well as for those who adore them. It is Guatemala’s official entry. (Available Friday)

“My Little Sister”: Switzerland’s submission is destined to make you weep. The talented Nina Hoss is the lightning rod in Stephanie Chuat and Veronique Reymond’s character study of Lisa, an extremely loyal sister to her terminally ill, tempestuous brother, an actor fearing the end of his life. Lars Eidinger fully expresses the complexity of his deteriorating character, the soulful but attention-seeking brother Sven. Others in the cast, in particular Jens Albinus as Lisa’s concerned but ambitious husband, Martin, convey the frustration of being on the outside of a tight-knit relationship. (Available Friday)

“The Mole Agent”: Even though numerous other Oscar-vying titles have been receiving more fanfare, this underdog submission from Chile is quite the find, a loosely played documentary that puts a goofy smile on your face and an ache in your heart. Maite Alberdi follows 83-year-old P.I. Sergio as he goes undercover to check on a client’s mother at an elder care facility. It’s poignant and touching without resorting to sentimental talking points to reflect how the elderly are too often discarded, abandoned and discounted. (Available now at https://rafaelfilm.cafilm.org/mole-agent/)

“Identifying Features”: Not part of the Rafael’s “For Your Consideration: A Celebration of World Cinema” and overlooked by Mexico for Oscar consideration, this harrowing and uncompromising drama from Fernanda Valadez should be up there. It possesses a heavy heart in its outrage over the violent radicalization of those seeking to cross the border into the United States. Mercedes Hernandez will break your heart as Magdalena, a mother sacrificing all — perhaps even her life — to find her son who went missing near the border. Valadez’s film is a mournful, plaintive plea, one that echoes from generation to generation and continues to remain unanswered. (Available to stream Friday at https://www.roxie.com)