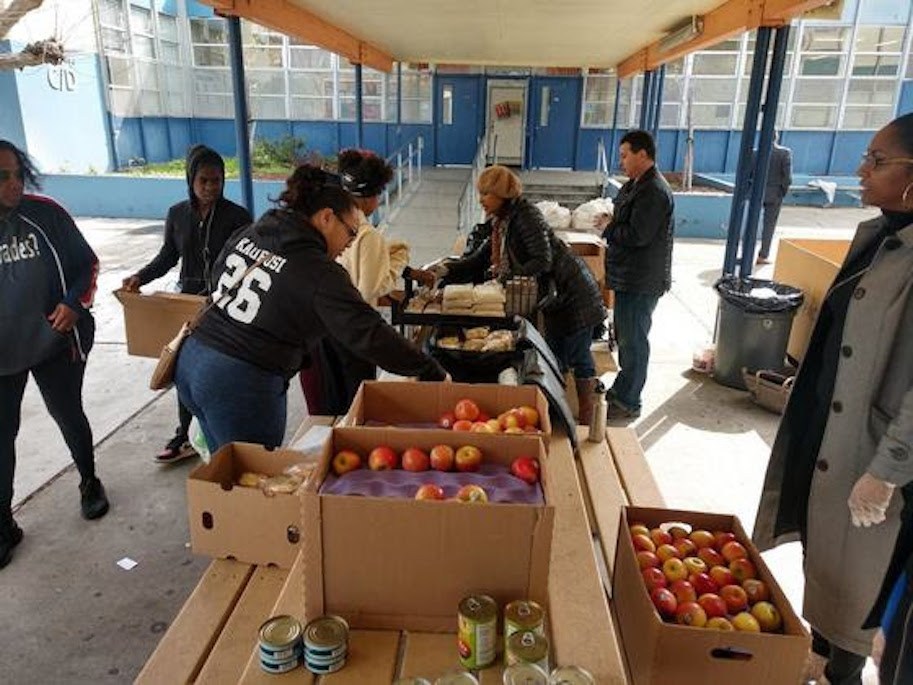 Oakland educators on Wednesday renewed a campaign to raise money for families who are not eligible for a federal stimulus check.

StimulusPledge.org is accepting donations to from the public and other educators who want to donate or pledge some or all their stimulus money. The campaign was started in the spring because many members of immigrant families lost employment or were impacted by COVID-19 and were having trouble paying for their basic needs.

“We were shocked at what our families were going through,” said Anita Iverson-Comelo, principal at Bridges Academy at Melrose in East Oakland, which has been disproportionately impacted the coronavirus.

But she said, “We still have many families who are struggling daily.”

At Melrose Leadership Academy, about 50 percent of students qualify for free or reduced priced lunches, and about half of those families are ineligible for a stimulus check, Principal Brianne Zika said.

She said some families used the money they received from the spring campaign to buy ibuprofen to alleviate COVID-19 symptoms.

The money from the campaign will be distributed based on family need, the educators said at a news conference Wednesday.

Two mothers spoke at the news conference. Delia Ramos Ocegueda said she used the money she received to pay rent and buy food. She has a brain tumor.

“Being able to receive these funds has helped a lot,” she said through a translator.

She said paying a cellphone bill is a necessity and an emergency issue, too. In addition, a lot of important messages go out by text, she said.

“So many of my students’ families who I’ve talked with are under tremendous financial stress and have absolutely no money left,” said Cassandra Chen, a middle school teacher at United for Success Academy in East Oakland.

“Whatever resources that were available to immigrant families in this crisis have dried up or are not accepting new applicants,” she said.