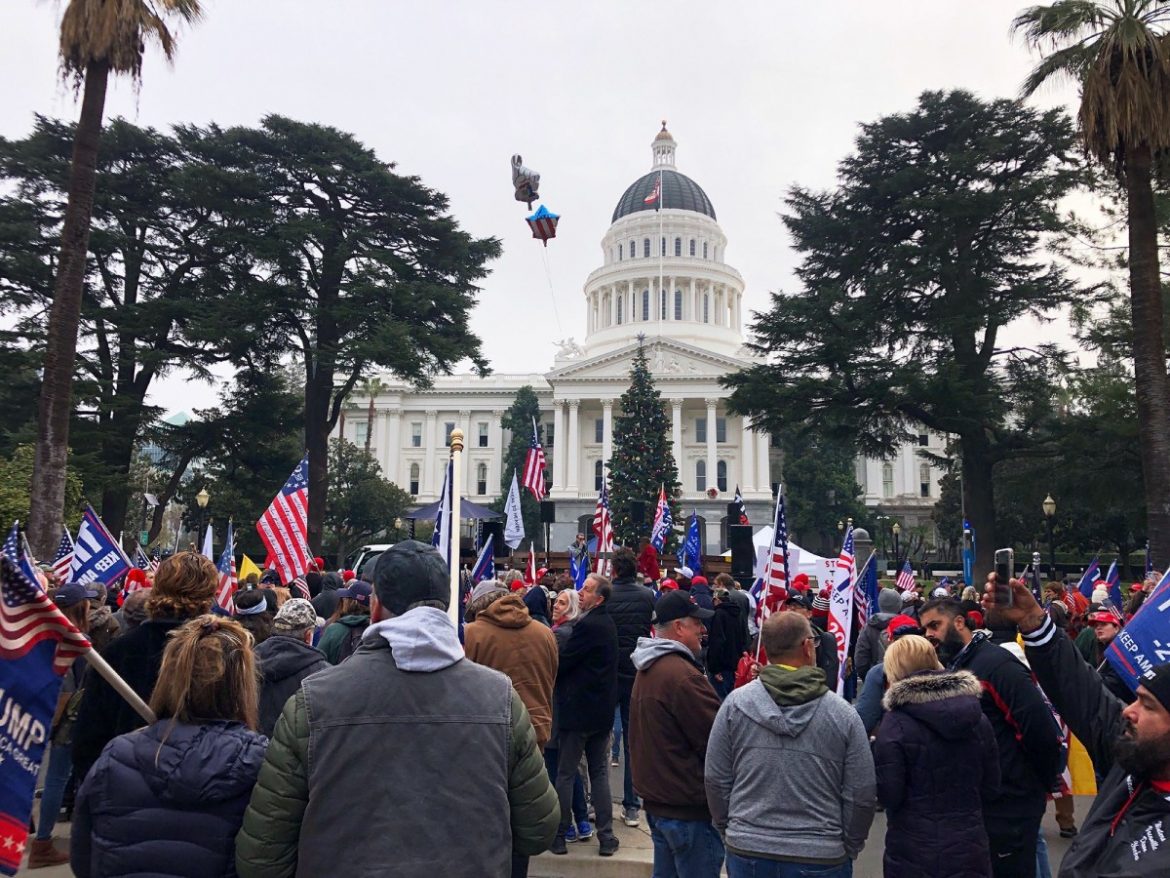 Gov. Gavin Newsom on Thursday activated 1,000 members of the California National Guard to protect the state Capitol ahead of President-elect Joe Biden’s inauguration next week — a sign the state is taking seriously the FBI’s warning that armed demonstrators may target statehouses in attacks similar to last week’s siege on the U.S. Capitol.

Also Thursday, a 6-foot-high chain-link fence was erected around the Capitol and numerous buildings downtown boarded up glass windows and doors. The new precautions follow other beefed-up security measures state law enforcement took earlier this week, including significantly increasing the police presence and closing surrounding streets to through traffic. The California Highway Patrol, the agency that protects the Capitol, denied all permits for weekend events — including a 3,000-person protest against the election results.

The governor’s comments came the same day that two women appeared to threaten California lawmakers with violence during the public comment portion of a budget hearing. One woman shouted, “When the world collapses … you’re gonna be the first to go. … We didn’t buy guns for nothing.” Another threatened, “Seventeen million guns were purchased in the United States (by) first-time gun owners … what do you think they’re gonna do with it?”

Officials have not revealed whether they have received any information about planned violence in Sacramento. But nearly every weekend since the November election, supporters of President Donald Trump have gathered near the Capitol to protest the results. Though the protests have generally been peaceful, members of the Proud Boys and other far-right militia groups have frequently headed downtown to confront antifa counterprotesters, where things often devolve into violence.