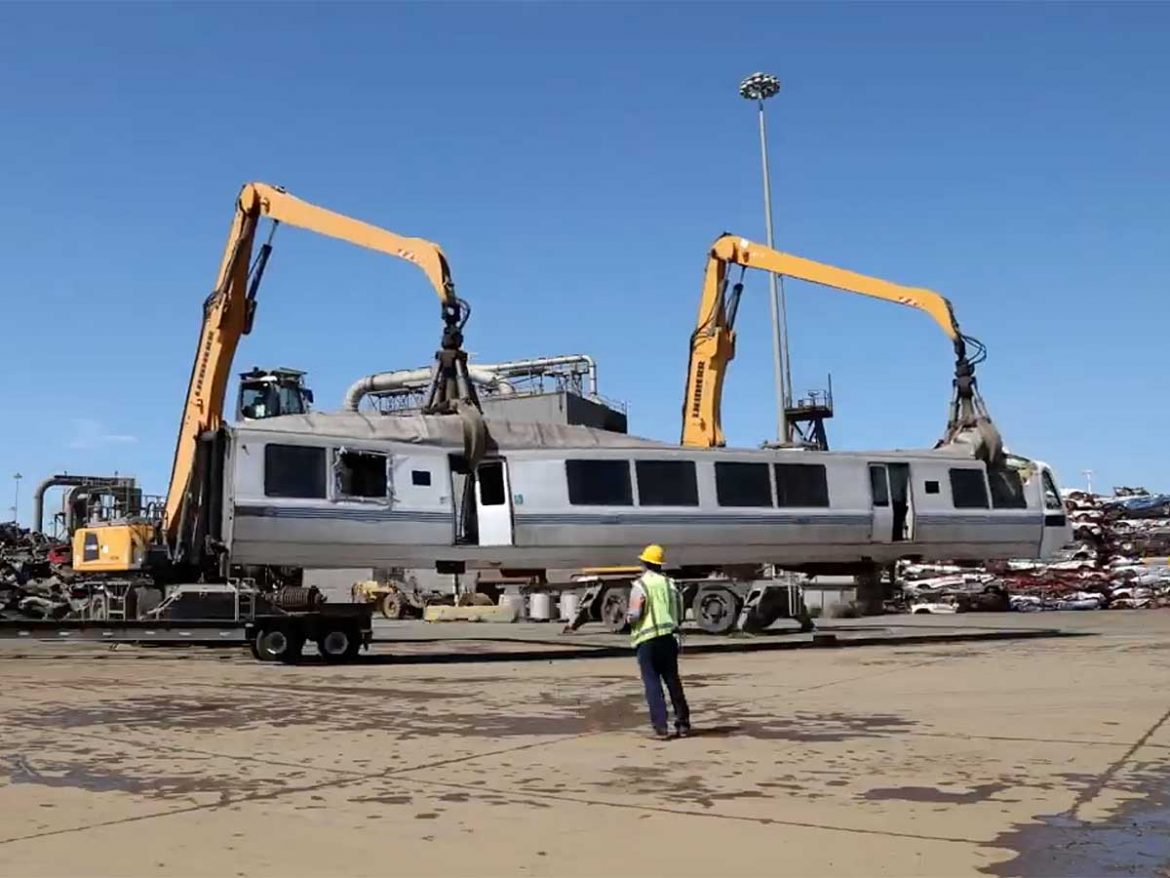 A decommissioned BART car prepares to meet its end at the scrap yard, but at least a few of the transit system's legacy fleet will find new life as museum pieces, restaurants or other creative uses proposed by members of the public. (Image courtesy of BART)

BART began accepting proposals this week to reuse some of its legacy train cars after they’ve been decommissioned, the transit agency said.

BART is in the process of exchanging its fleet of old train cars for new, upgraded cars with features like modular seating and better air flow. Eventually, the agency’s entire fleet of some 700 train cars will be replaced.

Many of the cars, some of which have been in service since BART’s launch in the 1970s, will be dismantled and recycled, but members of the public now have the chance to propose converting some of the cars into museum exhibits, restaurants, training tools for law enforcement and public safety officials and a BART merchandise store.

According to BART officials, applicants who have their proposals chosen must pay the costs of transporting the car from BART’s property to its new location, crane rental to offload it, as well as other expenses like labor.

Projects must also not cost BART money once the train car is prepared to be delivered. Transportation costs are estimated between $8,000 and $10,000 per car, according to the agency.

Applications for proposal pre-qualification can be found online and must be submitted by March 12 at 5 p.m.

Final awards of proposal are expected to be delivered in December. The cars would then be delivered to their new owners in the first quarter of 2022.