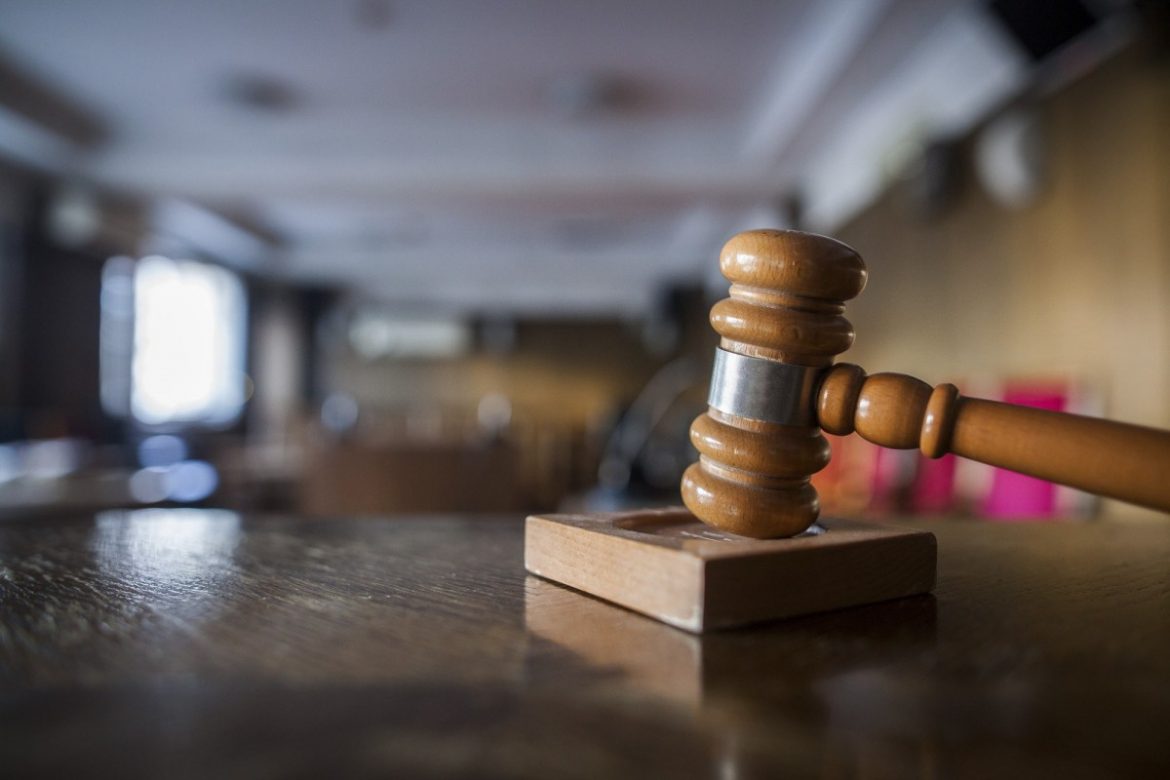 Barbara Franklin doesn’t have long to live. The 91-year-old woman from Riverside County is suffering from mesothelioma, a terminal cancer caused by exposure to asbestos. For years, her sons and husband would come home from their auto parts dealership covered in dust from grinding down asbestos-lined brakes.

Knowing she was dying, a Superior Court judge a year ago fast-tracked her case so she could ask a jury for pain and suffering damages from companies that made or used asbestos.

But then COVID-19 hit last spring. Court cases were delayed, and Franklin’s trial, scheduled for a Los Angeles courtroom in March of last year, was taken off the calendar. She’s been waiting ever since, getting sicker all the time.

If Franklin dies, her case — and any real hope of holding the companies that allegedly poisoned her accountable for her agonizing final years  — dies with her. Her family cannot recoup any settlement for the worst of her suffering and would face years in court, said Mark Bratt, her attorney from the firm Weitz & Luxenberg.

“We get it. This pandemic is horrible,” Bratt said, adding, “At some point we have to start getting back to court and finding a way forward.”

Delays and backlogs in criminal and civil cases are spreading throughout California’s court system. Half as many cases were resolved — 1.4 million fewer — from March through August last year than during the same period in 2019, according to a report the state judicial branch’s administration put together.

No one knows how many thousands of cases have been caught in the pandemic backlog. But the delays mean that many people across the state are staying behind bars for longer, waiting for lawsuits to settle, fighting for child support, battling criminal charges and, generally, struggling to get justice during the worst pandemic and economic downturn of the past century.

During this winter’s deadly COVID-19 surge, many of California’s county Superior Courts have shut down or further delayed in-person proceedings like jury trials, which were already moving at a slower speed compared with pre-pandemic times.

Courts have kept the doors open virtually — if not always in person — for critical functions like issuing restraining orders and arraigning criminal defendants.

And in an effort to keep justice moving while also protecting health and safety, California’s top judicial officials have issued more than 400 emergency orders and rules that grant courts more flexibility in where they can hold hearings using remote tools and extending certain deadlines for trials.

Still, attorneys say the caseloads are straining virtually all parts of the system across the state. Defendants behind bars are regularly going into quarantine, delaying proceedings. And everything just takes longer.

“Justice has not shut down. Justice has slowed down,” said Deborah Chang, president of the Consumer Attorneys of California

Nineteen counties saw a more than 50% drop in dispositions, according to the backlog report.

“While I expected every court to be impacted, I didn’t expect those numbers,” said Jake Chatters, Placer County’s court executive officer. “This is a balancing act here. And the courts are trying to provide the greatest amount of access possible while also not adding to the risk of the population as best we can.”

For instance, Orange County held about 150 civil and criminal trials in the 10 months from March through December, according to a court spokesman. The court typically has more than 900 trials in a full year.

In Sacramento, attorneys in the District Attorney’s Office who handle settlement negotiations typically have caseloads of 100 to 150 each. Now they’re juggling 250 to 300, according to a spokesman.

Fresno defense attorney Mark Broughton said one of his clients who is facing insurance fraud charges has been fighting his case for more than a year.

“The courts are overwhelmed,” Broughton said.

“We want to keep moving with the cases but it’s almost impossible to do it,” he said. “It’s a huge mess.”

At the start of the pandemic, the Judicial Council — the California court system’s decision-making body — approved emergency rules for state courts. The rules allowed for remote hearings and electronic depositions, extended the deadline to file lawsuits and halted evictions

Many of these orders deal with criminal cases where defendants have certain constitutional or statutory rights. For example, people arrested for an alleged crime are supposed to be brought before a judge within a reasonable amount of time, largely interpreted as two days, said Steve Grippi, chief deputy district attorney for Sacramento County.

“That means under the law as written, a person is entitled to be out in front of the judge in an open courtroom to be able to have the charges read to him or her,” Grippi said.

But because of health and safety concerns, and associated delays, Sacramento is one of a number of counties for which Cantil-Sakauye signed an order allowing the deadline to be extended for felony defendants from 48 hours up to a week.

The Sacramento District Attorney’s Office has largely been able to get people arraigned within two days, Grippi said.

“We’ve been shut down now for over a month and they’re stacking up,” Grippi said. “When the courts are open up again fully, if all of the pending cases want their trial in a timely manner, we’re going to have a heck of a time doing it.”

State leaders are trying to address the backlog. The judicial branch budget committee met this month to determine how to disburse $25 million in state funds to help the beleaguered local courts. More recently, the Governor’s budget proposal calls for working with the Legislature and Judicial Council on a program to speed the disposition of some criminal cases.

Orange County’s Superior Court has received more than a dozen emergency orders allowing it to do things like push back filing deadlines and extend restraining orders. The court also opted for local measures to keep its operations running, including “triage booths” outdoors to field questions and special apps for people to schedule hearings. The court’s website includes links to the livestreams of dozens of Orange County courtrooms.

But such efforts are not uniform across the state and not always seamless, said Genevieve Richardson, executive director of Bay Area Legal Aid, which covers seven Bay Area counties.

“Access to courts to get a remote appearance and not go in person varies county to county, department to department, courtroom to courtroom depending on the judicial officer,” Richardson said.

BayLegal and other civil legal service providers have been pressing the Chief Justice to make additional emergency changes to address these disparities.

In early December, legal service providers asked that all in-person civil jury trials be stayed statewide. Cantil-Sakauye and the Judicial Council have not issued such a blanket edict.

Cantil-Sakauye discussed the challenge of balancing “constitutional and statutory rights” with health and safety in an advisory last month. She said each court faces different impacts from the virus, so “statewide orders for case processing, at this time, are inappropriate and would impair the flexibility trial and appellate courts need.”

A number of county courts have chosen to impose their own delays.

John Cunningham, 85, has been trying to get his lawsuit in front of a jury for a year. Cunningham is suing an assisted living facility in San Mateo County for neglect after his wife died from an infected sore on her foot.

In April, a Superior Court judge was supposed to hear his request for a fast-tracked trial, which courts grant if an elderly plaintiff might not live to see a case through. But the case was delayed multiple times because of the pandemic. Finally, a trial date was set but it was taken off the calendar just weeks later during a surge in cases. It’s now set for March.

“This is a man who was completely devoted to his wife. She was his life. … She was not given dignity at death. She died of a rotted foot and that is not the way anyone wants their loved one to die,” said Kathryn Stebner, an attorney in San Francisco who represents Cunningham. “This is not about money to my client, this is about justice against this facility for what it did to his wife.”

Stebner, who handles elder abuse cases, said many of her clients have similar issues with the delays.

“The courts are all grinding to a halt and my clients are all dying of COVID,” she said.

In Los Angeles — the largest trial court system in the state — attorneys representing low-income clients in civil and criminal proceedings largely praised local court leadership for trying to address the pandemic. Los Angeles courts developed a remote court hearing platform called LACourtConnect that allows much of the court’s business to be handled online.

“We have some clients who don’t have internet access or computer access,” Lawrence said. “They want to make sure they are still housed. They would rather go into court than lose their housing.”

His colleague, Julianna Lee, said the issues are similar in the county’s family courts, which handle such issues as domestic violence and child custody.

“The pandemic has really reinforced this two tiered system of justice,” she said.

The bulk of people going through the family court system — including domestic violence restraining orders, divorces and child support — represent themselves, she said.

Everything takes longer and is more complicated during the pandemic. In normal times, a domestic abuse survivor might stop by Legal Aid’s in-court office, where a staffer can fill out an application and apply for a restraining order in a matter of hours. Now, the process can take a day or longer.

The new rules also have had unintended consequences.

For example, abuse survivors must give a copy of a restraining order to the sheriff’s department. Normally, the copies are free at the courthouse. But now they’re getting them via email.

Lee said her office has to give some clients gift cards to an office supply store so they can afford to print out a copy to sign.

There’s also an issue with fees. The court charges people who call in for remote hearings and fee waivers can be difficult for nonlawyers to obtain.

“The thing we often hear, ‘OK, no that sounds too complicated, I think I’m just going to go in person,’” Lee said.

One of the most consequential actions on the part of the courts was allowing delays of trials.

“That’s really created a bottle neck of cases in the court system and for my lawyers,” said Ricardo D. García, who heads the Los Angeles County Public Defender’s Office. “It infringes on the constitutional rights of my clients.”

For some defendants who either can’t make bail or are being held without it, that’s meant more time behind bars as a pretrial detainee.

These “are individuals who are presumed innocent, who have not been convicted and are awaiting their day in court,” García said, adding that he opposes the trial stoppages.

Chang said clients — often disabled and maybe out of work because of some tragic incident — can’t wait months or years for a trial date or settlement. “It is devastating on the clients and the family who are desperate,” she said.

“It is so devastating to lose a plaintiff before they reach the trial date because they die. Sometimes the claim dies with them.