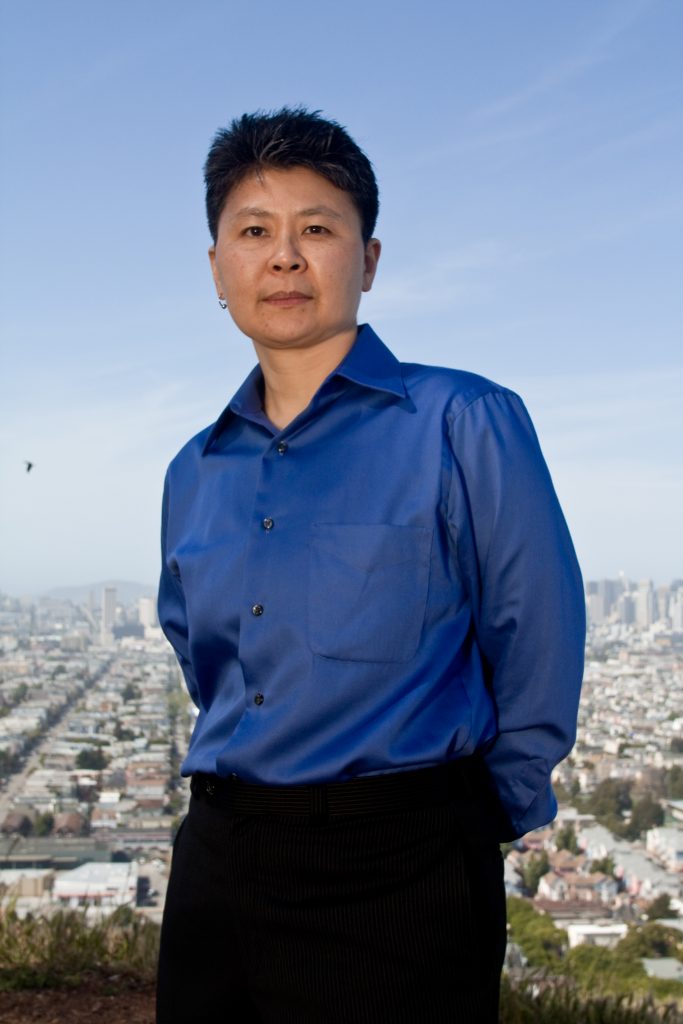 For more than 20 years, Queer Women of Color Media Arts Project has been working to increase equity and diversity on screen. “There’s been no other organization that’s lasted this long that serves queer and trans people of color in the world,” founder Madeleine Lim said. (Photo courtesy of QWOCMAP)

Madeleine Lim launched the Queer Women of Color Media Arts Project in 2000 to address the lack of queer women of color among filmmakers. Now, as the project enters its 21st year, Lim says the industry still has a long way to go to create films that are representative.

QWOCMAP, a San Francisco nonprofit, creates, exhibits and distributes films that authentically reflect the lives of queer women of color and gender non-binary, gender nonconforming and transgender people of color.

Lim said the inspiration to start QWOCMAP came after she completed a film that was featured on the international film festival circuit. Despite attending festivals centered around people of color or LGBTQ-plus people, she was among only a handful of queer women-of-color filmmakers.

“If we’re not making films about our own lives and our own communities, then who will?” she asked herself at the time.

She returned to San Francisco and applied for a grant from the California Arts Council to conduct free filmmaking workshops for the queer woman of color community, marking the start of QWOCMAP’s annual filmmaker training program.

QWOCMAP has since expanded beyond a one-woman operation to include multiple staff. The project hosts free filmmaking workshops in underserved regions across the U.S. and internationally, an annual Queer Woman of Color Film Festival, and a distribution program that links such films to international audiences.

While today there are more films on streaming platforms like Hulu and Netflix about LGBTQ-plus people, many do not feature people of color or transgender people, she said.

“Twenty years later, audiences are still hungry for images of ourselves,” she said.

Over the past two decades, the project has survived major financial shocks like the dot-com bubble and the 2008 recession. Lim said racism, sexism and homophobia also have impacted funding. QWOCMAP’s organizational budget recently hit half a million dollars, a major milestone.

“There’s been no other organization that’s lasted this long that serves queer and trans people of color in the world,” Lim said proudly.

One of her goals for the future is to keep QWOCMAP’s budget stable, especially as the pandemic has jeopardized the budgets of San Francisco city agencies that fund the project.

And the online film festival allowed over 1,000 households from across the world to tune in for each screening.

While the 2021 film festival will also be held online, Lim is hopeful that the filmmaker training can be held in-person in the fall. “That’s the optimistic plan,” she said.