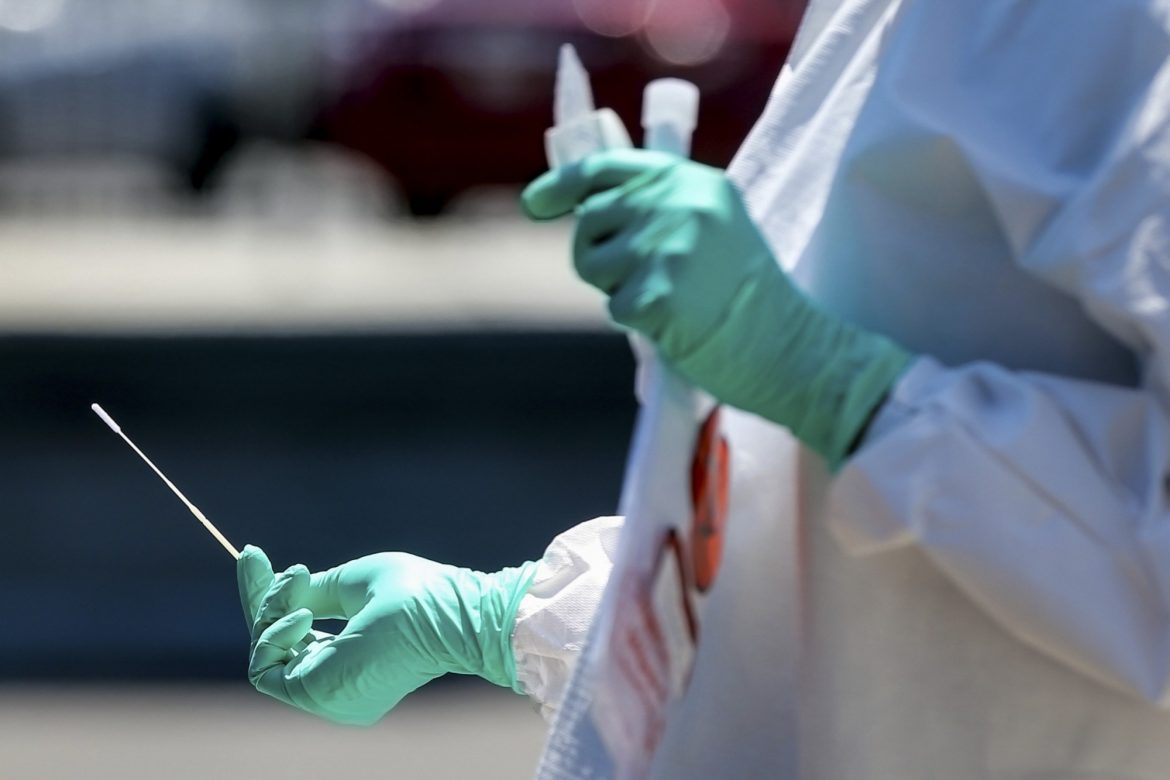 The new variant so far has been detected in six people in the Golden State, after its initial discovery in the U.S. in a Colorado National Guardsman.

As California continues to ride its worst wave of the COVID-19 pandemic, public health officials have more unsettling news: Six cases of a worrisome, potentially more infectious new coronavirus variant have been detected in California.

The new strain, first detected in the United Kingdom, also has been seen in Colorado and Florida and 33 other countries.

Last week, San Diego County reported it had identified the new variant, called B.1.1.7, in a 30-year-old man with no travel history. Gov. Gavin Newsom announced the discovery in a live streamed event with Dr. Anthony Fauci, a leading national voice in the pandemic. Over the weekend, San Diego county health officials reported three additional cases.

Fauci said this news was expected, since international travel is ongoing and viruses generally mutate. “RNA viruses, they make a living out of mutating,” he said. “The more you replicate the more you mutate.”

However, the lack of travel history in the San Diego case is an indicator that the new form of the virus is circulating among the community, health officials there said. By today, the number of cases with the new variant had grown to six – four in San Diego, with one hospitalized, and two in San Bernardino, the governor announced.

“What’s really important is that detecting this lineage here doesn’t really change what we need to do other than we need to do it better,” Dr. Kristian Andersen, an infectious disease and genomics expert at Scripps Research in San Diego, said in a news conference. That includes wearing masks and maintaining social distance.

Here’s what Californians need to know about the new coronavirus strain.

How was it discovered?

The new virus variant was first reported by England’s public health agency following a surge of cases in the southeastern part of the country. The first two samples were discovered in Kent and in London in September.

While mutations in viruses are common, this particular strain stood out because it carries more genetic changes than is typical, according to researchers.

What’s the concern with this coronavirus variant?

Public health officials say the new strain seems to be more easily transmitted than the standard form of the virus. This means people who are exposed are more likely to become infected.

According to health officials in the United Kingdom, evidence shows that infection is growing more rapidly in geographical areas where this variant is found. A study from The Centre for the Mathematical Modelling of Infectious Diseases in London shows this particular strain is 56% more transmissible. The study is still being peer-reviewed.

Dr. Mark Ghaly, California’s health secretary, explained it like this in a recent news conference: “For COVID to enter a human cell, it needs to bind to a receptor, a sort of front door on a human cell,” he said. “And the new, mutated COVID virus seems to bind a little tighter, a little more easily and enter the cell of the human body easier than our current COVID virus.”

It remains unclear how this mutant form of the virus has contributed to the current surge in California. Officials have said its prevalence here is still likely low. On Dec. 21, Ghaly said that California had been checking thousands of specimens daily over the last month, looking for mutations.

“We’re concerned because of the unknowns,” Ghaly said. “We’re concerned that we aren’t sure how this impacts the broadscale efforts to contain and mitigate the virus as it exists now.”

What is California doing in response?

The California Department of Public Health said health care providers are collecting specimens for genetic sequencing, and the state is analyzing samples suspected of being variant strains.

“As variants and mutations are found, that information is used to inform public health decisions and critical information is shared with the public,” the department said in an email.

How widespread is the new strain?

After the new variant was detected in the United Kingdom,  some 40 countries restricted travel from the UK. The variant has since been reported in France, Japan, Spain, Sweden and Canada among other countries.

The first known U.S. case, in a Colorado National Guardsman in his 20s, was reported Dec. 30.

Two variants that share some mutations with the UK variant also have been reported in South Africa and Nigeria, according to the U.S. Centers for Disease Control and Prevention.

“We know there’s more. We don’t know how many,”  said Andersen, the infectious disease expert in San Diego. “Its prevalence for now is relatively low.”

Will it make me more sick?

Right now, there’s no evidence that this new COVID variant has a higher fatality rate or causes more severe illness than the currently predominant strain, according to the CDC.

A recent UK government study compared patients infected with the new variant to those with the predominant strain and found no statistically significant differences in severity of illness, deaths or reinfection. Scientists around the world are still studying the UK variant, however, and more answers may come soon.

Will currently authorized vaccines protect against this new strain?

Scientists believe they will. Fauci told Newsom last week that the variant “doesn’t seem to evade the protection that’s afforded by the antibodies that are induced by vaccines.” But scientists are testing the variant against the currently authorized vaccines made by Pfizer and Moderna.

The CEO of AstraZeneca, which is developing another COVID-19 vaccine candidate, told the London Times that the company’s scientists believe the vaccine will protect against the new variant. But some scientists believe it’s possible that the UK variant, or future variants, may prove tougher for vaccines to overcome.