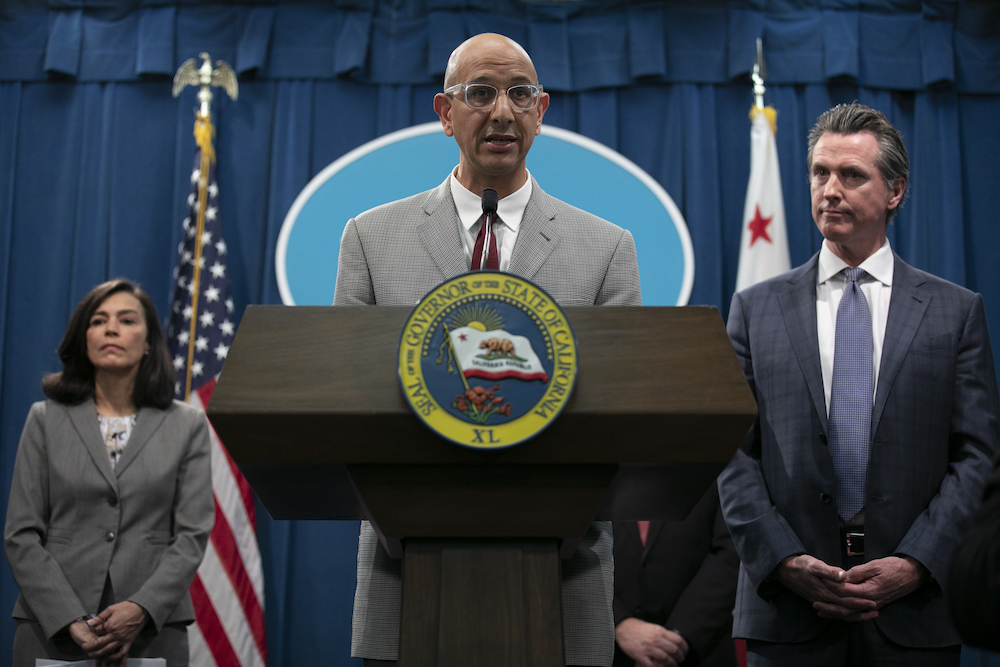 California’s average daily coronavirus test positivity rate is down nearly 10 percent over the last two weeks, a sign that the state’s winter surge may be turning a corner, the state’s Health and Human Services secretary said Tuesday.

It is also higher than the state’s average test positivity rate over the last seven days, 9.9 percent, which is also under 10 percent for the first time in several weeks.

“We are seeing some reductions in transmission,” Ghaly said Tuesday during a briefing on the pandemic. “I think we’re seeing that statewide, not just in certain parts that often have seen that decrease first, but we’re seeing it also in some of those most heavily impacted areas like Southern California and San Joaquin Valley.”

State officials, including Gov. Gavin Newsom, have referred to the winter spike in cases as the “last wave” of the virus before vaccines become widely available to the public.

On Friday, counties across California administered the largest number of vaccine doses in one day to date — 110,505 — ultimately helping the state meet its goal of doling out 1 million doses by Friday.

According to Ghaly, several local public health departments and private health care systems, including San Francisco, have also expressed concern that they will run out of vaccine doses soon as new shipments remain at a trickle.

State officials have remained optimistic that the incoming administration of President-elect Joe Biden will dramatically increase vaccination shipments, subsequently allowing the state to increase the speed with which it vaccinates both vulnerable groups like people over age 65 and the public at large.

“The number one thing we want to make sure we do across the state is make sure we’re doing this safely, with speed and in an equitable way,” Ghaly said.