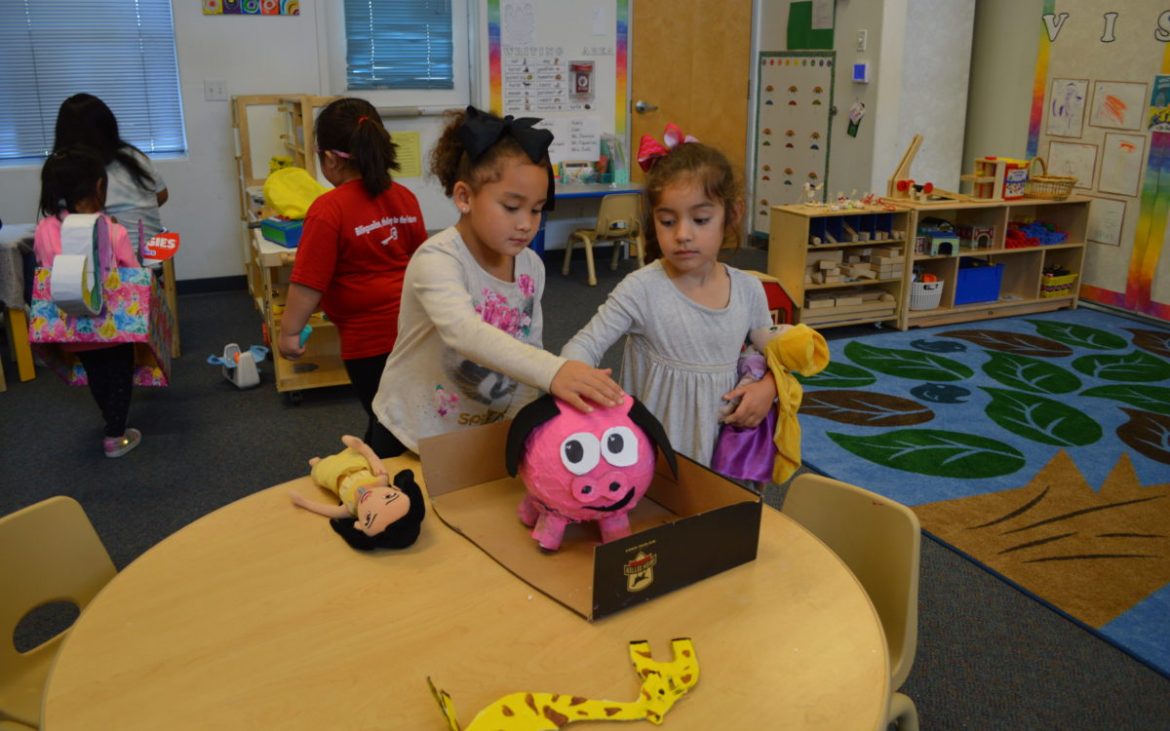 Gov. Gavin Newsom made strides toward his vision of preschool for all the state’s 4-year-olds in the proposed budget released Friday.

Newsom hopes to increase access to transitional kindergarten, or TK, programs by giving $250 million to school districts as an incentive to expand these programs, as well as $50 million for teacher preparation and $250 million to build out the necessary facilities. He also plans to increase subsidized child care by putting $44 million toward providing 4,500 more child care vouchers for low-income families and $55 million in additional support for child care providers and families struggling in the wake of the pandemic.

While more modest than the early childhood ambitions of the pre-pandemic era, these programs are in line with the recently released Master Plan for Early Learning and Care, which the governor commissioned. That ambitious set of recommendations suggests it would involve a staggering investment, from $2-$12 billion, to truly transform the state’s early childhood system. A TK expansion is one move toward the development of universal preschool.

“It’s a big number to achieve the ultimate goal of providing quality care for all 4-year-olds and all income eligible 3-year-olds to have the appropriate ratios, to have the appropriate reimbursements, to do all of that is going to take years, being honest with folks, not naive about the challenge,” he said in press conference. “We want to commit to a down payment on that plan.”

Many early childhood advocates said they were relieved that young children remained a focus in the budget, despite the economic chaos wrought by the pandemic.

“We can breathe a sigh of relief that investments in child care are part of his proposal, considering the essential role it’s played before, during, and will after the pandemic,” said Mary Ignatius, statewide organizer of Parent Voices, a parent advocacy group. “We look forward to working with the governor and legislature to ensure every dollar is going to alleviate the harm of historic underfunding and disproportionate pain caused by COVID, felt mostly by low-paid early educators and mothers of color.”

While some advocates are disappointed to see Newsom’s mission to fully transform early education in the state take a backseat to other issues, others felt that it was a predictable reality given the myriad crises triggered by the pandemic.

“It’s not a surprise given COVID,” said Deborah Stipek, an early education expert at Stanford. “The additional funding for TK is, I hope, a foot in the door to eventually make TK available and funded for all 4-year-olds. We can hope to see more of a focus on early learning” in May, when the governor presents revisions to this budget.

Many champions of early child care were also pleased to see a commitment to the needs of low-income families, who may have less access to a wide array of educational opportunities.

“The governor is getting back on track to widen family access to quality child care, specifically the expansion of TK,” said Bruce Fuller, professor of education and public policy at UC Berkeley. “Early childhood fades a bit into the background but the governor is trying to renew his efforts. I’d say that the governor is determined to backstop low-income families as the pandemic persists, which will guard against the diminished home environments for young children.”

The extended access to TK, a bridge between preschool and kindergarten, the first major push toward the goals outlined in the 10-year Master Plan, was cheered by early education experts. The budget proposal hopes to encourage school districts to extend TK to more 4-year-olds than are now eligible.

“The Governor’s budget makes a critical first step toward expanding TK to all four-year-olds,”  said Scott Moore, CEO of Kidango, a non-profit organization that runs many Bay Area child care centers. “Research shows that the earlier we provide quality preschool and child care for our most vulnerable children, the more we close the opportunity gap, and the more successful they are in school and life.”

TK is an extra year of kindergarten for children who turn 5 between Sep. 2 and Dec. 2. The program first launched when the state began to require children to turn 5 on or before Sep. 1 to enroll in kindergarten. Previously, children could attend kindergarten if they turned 5 before Dec. 2. TK was created to serve children with fall birthdays who would have previously been eligible for kindergarten, but that leaves out about three-quarters of the state’s 4-year-olds, which creates an inequity for many. Now, more children would be eligible beyond that narrow window, although the details on how to roll out the expansion would be left to local discretion.

“Given what we know about brain development and neuroscience, supporting young children is an essential step to getting them ready for school and life,” said Margaret Bridges, an expert in child development and psychology at UC Berkeley. “The need is great, and early childhood education is absolutely vital to the health and well-being of so many young children and their families.”

To be sure, some districts, such as Alum Rock Union Elementary School District and Orange Unified School District, already offer expanded TK which allows children who will turn 5 after Dec. 2 to enroll. The state does not allow districts to receive average daily attendance funding for these children until they turn 5, so districts have had to fund the programs in different ways, and they have different cutoff dates for when a child must turn 5.

The new budget proposal would unify the way school districts implement TK.  Significantly, it would also help pay for facility upgrades and construction, as well as increased teacher training on early childhood development, as experts say the needs of 4-year-olds differ greatly from those of older students.

Another $44 million is earmarked for the addition of 4,500 more child care vouchers for low-income families, which is significant because finding a subsidized child care spot has long been no mean feat. The number of family child care homes has long been on the decline, decreasing by a third between 2008 and 2019, according to the California Child Care Resource & Referral Network. That means there weren’t enough spots to go around, even before Covid.

“There’s never enough money to serve the people who are eligible for care. We are not serving them,” said Renee Herzfeld, executive director of the Community Child Care Coordinating Council of Alameda County. “We need to figure out how to help families and children who need help without getting scared off by the price tag. We’re trying to find ways to build a system around insufficient funds. We need to build the funds around what the system needs.”

To make matters worse, as the pandemic raged, almost 7,000 family child care homes shut their doors between March and December, 2,443 permanently, according to the California Department of Social Services.

In response to the child care crisis, when Gov. Newsom and the Legislature approved the 2020-21 budget, they included money for child care programs that were dependent on receiving federal funding. This aid includes about $150 million for additional subsidized child care for about 15,000 more children and $150 million toward helping child care providers reopen and support low-income families and essential workers.

The proposed budget clarifies that this assistance will be funded through the $1 billion the California child care industry will be getting from the COVID-19 stimulus package. It also puts $55 million toward additional help for child care providers and families impacted by the pandemic. It remains unclear what the range of that assistance will be.

“Child care is one of the biggest expenses in a family budget – especially in California where child care is more expensive than many other states. This leaves families in a catch-22 – they need to work to pay the bills, but they can’t afford the child care to go to work,” said Kristin Schumacher, senior policy analyst for the California Budget and Policy Center, a nonprofit research organization. “Subsidized child care can help families bridge the gap, providing safe and affordable care for families while parents are at work.”