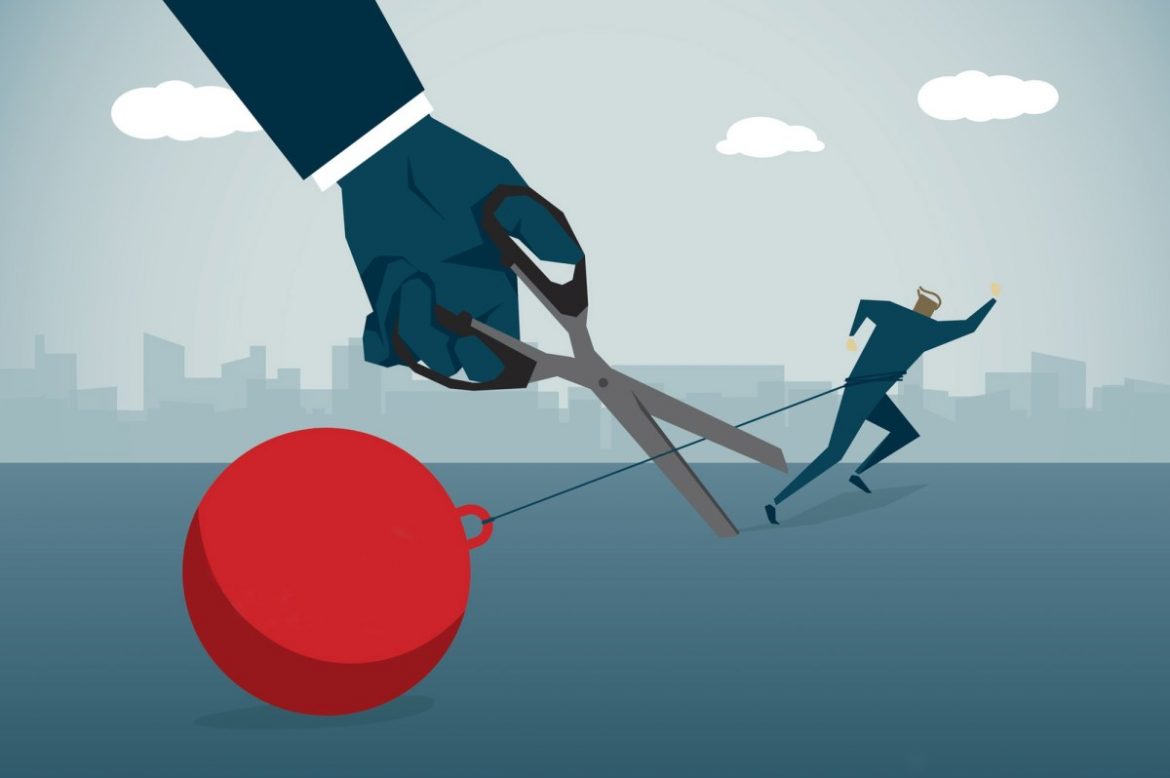 Millions of Californians could get one of the biggest transfers of money in this country’s history as lawmakers and the incoming president duel over competing plans to rid the nation of ten of billions of dollars in student debt.

If President-elect Joe Biden follows through with his campaign promise to forgive $10,000 in federal student debt, as many as 1.3 million Californians could see the balance on their federal college loans totally wiped out.

The plan, which would make good on a once fringe progressive goal of student forgiveness that’s gone mainstream in the past five years, would benefit a total of roughly 3.9 million Californians who combined owe $140 billion in federal loans used to pay for college.

But a chorus of Congressional Democrats, including Sens. Chuck Schumer, Elizabeth Warren and California U.S. Representative Maxine Waters, wants Biden to expunge up to $50,000 in federal student debt. Debt cancellation of $50,000 would clear the federal student debts of far more Californians ­— between 2.9 and 3.3 million people, according to a CalMatters analysis of U.S. Department of Education data.

Recent California college graduates with typical federal loan debt would see more than half of their undergraduate loans waived under the Biden plan, and lower-income students who qualified for the federal Pell grant would see a larger share of their debt forgiven.

Students with Pell grants graduating with bachelor’s from California’s public and private nonprofit universities typically have $18,000 in federal loans — slightly less than the $19,370 in federal loans borrowed by students who didn’t receive Pell grants, according to data crunched by The Institute for College Access & Success for CalMatters. This doesn’t include debt students can accrue as they continue their educations.

Nationally, college graduates generally owe more. The typical debt among graduates nationwide is about $27,000 for Pell recipients and 23,000 for those without Pell. That California funds the largest state aid program in the U.S., the Cal Grant, plus aid its colleges award, likely limits how much students need to borrow.

Experts are split on the potential economic impact of wiping out more than half of the typical California college graduate’s debt.

On the one hand, economists like Christopher Thornberg don’t think it would make much of a dent in the overall economy. “If you can’t pay back $10,000 in debt, you ain’t making a lot of money,” said Thornberg, a founding partner at Beacon Economics, a Los Angeles-based consulting firm. “And if you’re not making a lot of money, you’re not, what I would call, a macroeconomic driver.”

On the other hand, some experts think debt forgiveness could boost the economy by helping young people afford more goods, take business risks, and get closer to buying homes.

Then there’s the impact debt forgiveness can have on career choices. “Students with a lighter or no debt burden may feel free to pursue careers, especially in the public interest, that pay less –– but benefit everyone more,” said Jonathan Glater, a law professor at UCLA who studies debt relief.

Critics say any debt cancellation, especially as high as $50,000, is a middle- and upper-class giveaway. The argument goes that because college-debt holders tend to be more affluent, and already have federal repayment programs that reduce monthly payments to a portion of one’s income if they don’t earn a lot, wiping out some or all of their debts is a regressive move.

“We’re proposing to help only people who went to college, forget about those people who didn’t. I find that incredibly inequitable and not a progressive policy,” said Sandy Baum, a scholar on student debt, in an interview. Baum presented her research at a December meeting on student debt held by the California Student Aid Commission, which oversees the Cal Grant and helps to establish financial aid policy in the state.

She supports targeted debt relief, such as partial forgiveness for every year a borrower is unable to make any payments and for parents living below the poverty line who borrowed on behalf of their children.

Backers of comprehensive debt relief say debt forgiveness can close the racial wealth gap. While white borrowers largely pay off their student loans after 20 years, Black borrowers have barely made a dent in theirs, a recent study shows. Next, comprehensive debt forgiveness is much more meaningful to people with lower incomes because they get the largest relief relative to their economic situation, others have shown.

Even with programs like income-driven repayment, which exist to reduce how much borrowers have to pay monthly if their incomes are low relative to their debt, Californians still struggle. Less than a quarter of California borrowers in repayment on a federal loan have incomes below $40,000, but those people account for more than half of borrowers who have fallen behind on a federal student loan in the state, according to the Student Borrower Protection Center, a group that supports debt forgiveness and crunched data from the Federal Reserve for CalMatters.

Debt forgiveness may also spare tens of thousands of Californians from going into default on their student loans, a problem that can plague communities of color in particular.

Part of the problem is that too few low-income borrowers struggling to repay their federal student loans either can’t access or don’t know about income-driven repayment, even though the loan relief programs have been in full force since 2009. Another criticism of debt forgiveness is that it may help past students, but incoming students will endure the same higher-education costs that plagued past borrowers. Biden has two solutions for that.

One is doubling the maximum award of the Pell Grant, which currently sits at around $6,300. Nearly a million California students receive a Pell Grant, according to the latest U.S. Department of Education data. Such a move could move the purchasing power of the grant closer to its glory days of 1975 when the maximum Pell Grant covered three-quarters of a student’s in-state tuition and housing costs at a public university. Today, it’s down to 28%.

The President-elect also campaigned to make public colleges tuition-free for students from families earning less than $125,000.