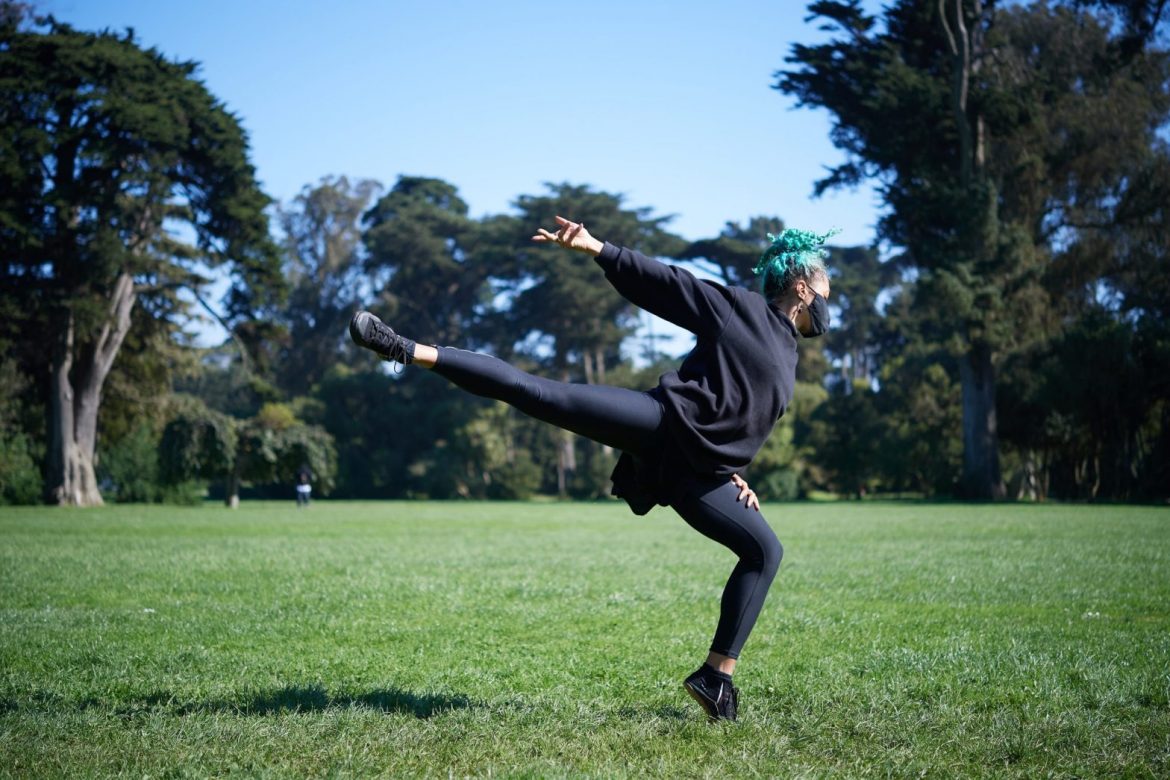 Jewels from Julia: The superb American soprano Julia Bullock, accompanied by pianist Laura Poe, will strut her impressive stuff in a digital recital premiere filmed in Germany, where she currently resides, for the Cal Performances at Home series that will amply demonstrate what an eclectic, inventive and committed curator of her own programming she is. Bullock is already well-known in the Bay Area for being one of incoming San Francisco Symphony music director Esa-Pekka Salonen’s eight collaborators chosen to shape the organization’s future and for taking the starring role in Berkeley composer John Adams’ “Girls of the Golden West” at San Francisco Opera in 2017.

Bullock will sing an excerpt from the Adams opera in her 7 p.m. Thursday streaming recital on an astonishingly diverse program that ranges from classical lieder by Hugo Wolf and Robert Schumann to art songs by Kurt Weill and offerings by black composers of the mid-20th century she is determined to highlight – Grant Still and Margaret Bonds, whose pieces she has selected to perform include songs set to the poetry of Langston Hughes. And she will wind it all up with five popular pieces from Richard Rodgers and Oscar Hammerstein’s “The Sound of Music,” including the sprightly “The Lonely Goatherd” and the nostalgia-driven “Edelweiss.” Tickets for the recital, $15-$60, are available at calperformances.org and (510) 642-9988 and will entitle you to view the program for three months after its premiere.

Double dose of genius: Two writers of indisputable “literary lion” status, one of them a mentor of the other, join forces at a Green Apple Books event sponsored by the Bay Area Book Festival at 7 p.m. on Friday. The occasion is the publication of Booker Prize-winning “Lincoln in the Bardo” author George Saunders’ first new work in four years, “A Swim in the Pond in the Rain: In Which Four Russians Give a Master Class on Writing, Reading and Life” (Random House, $28, 432 pages). He will be in conversation with the equally gifted Tobias Wolff, a National Medal of the Arts recipient from Barack Obama and author of “This Boy’s Life,” who advised Saunders when he was in a graduate writing program at Syracuse University a few decades ago and has remained a steadfast friend and supporter. Under discussion, propelled by the new book, will be how to absorb lessons from the works of Chekhov, Turgenev, Tolstoy and Gogol and apply them to your own writing or your own life. Saunders is uniquely qualified to expound on the topic, having taught a course on the Russian writers for the last couple of decades as a professor at Syracuse. Tickets for this one-time event are $40 and come with a signed copy of the book. Find them at greenapplebooks.com or bayareabookfest.org.

Lights, camera, dance!: The pandemic might have forced a lot of performances to go the streaming route, but it certainly hasn’t dampened the fierce creativity of Bay Area artists. Take choreographer Amy Seiwert, who runs the San Francisco-based Imagery dance company. The annual Sketch recital series she curates and organizes last year was scuttled by shelter-at-home requirements but reborn as a film series merging dance, documentary and social commentary. “Sketch Films: Red Thread” this week releases its final entry, “What the Body Holds.” Created by Imagery artistic fellow Ben Needham-Wood and filmmaker Matthew McKee, the work is inspired by Svetlana (Lana) Pivchik, a Bay Area advocate for domestic violence survivors. “Body” also features Ballet Hispanico dancer Jenna Marie and music composed by Kishi Bashi and Emily Hope Price. It premieres on Friday. Access is free, but donations are encouraged. Go to www.asimagery.org, where you can also stream the previous three films in the series.

By the book: Word for Word is a Bay Area stage company known for its creative and evocative staging of literary works, with the author’s words left unchanged. With stages closed, the company has become a creator of literary podcasts (or Word for Wordcasts). The company this week debuts a two-part adaptation of “Citizen” by author/playwright/producer Greg Sarris, who is also Tribal Chairman of the Federated Indians of Graton Rancheria. The immigration-themed story follows a U.S.-born, Mexican-raised man who returns to the States after his mother’s passing and meets her family as he works the fields near Santa Rosa.

Directed by Gendell Hing-Hernández, the adaptation also features original music by David R. Molina, with beatbox performed by Carlos Aguirre and hip-hop performed by Ras K’dee. Part 1 of the podcast debuts Thursday; Part 2 will post on Jan. 21. Coming in February is a three-part adaptation of “Books & Roses” by Helen Oyeyemi. The streaming productions include interviews with the artists involved. Access is free, but donations are encouraged; go to www.zspace.org.

Freedom of expression: “Let Her Sing” is the name of an annual concert presented by the East Bay nonprofit Diaspora Arts Connection, which promotes musicians and vocalists from Middle Eastern and Southeast Asian cultures where women artists are often repressed or restricted from performing as they would like. In its fourth year, “Let Her Sing” has, of course, gone virtual. The concert that will be streamed Saturday was recorded in December at Berkeley’s Freight & Salvage with a contingent of backing musicians.

Among the seven performers are Mina Alali, a young singer from Davis whose indie-pop songs address feminist, LGBTQ and political themes; Mai Khoi, whose music blends Vietnamese and avant-garde jazz stylings; Leila Motaei, a.k.a. Rabbit Quinn, whose piano rock songs have earned her comparisons to everyone from Kate Bush to Tom Waits; and Naima Shalhoub, a Lebanese Arab-American singer who recorded her first album before an audience of female inmates at the San Francisco County Jail. The concert livestreams 7 p.m. Saturday and will be available on demand for a limited time afterward. The suggested donation is $12 or more. Go to thefreight.org.