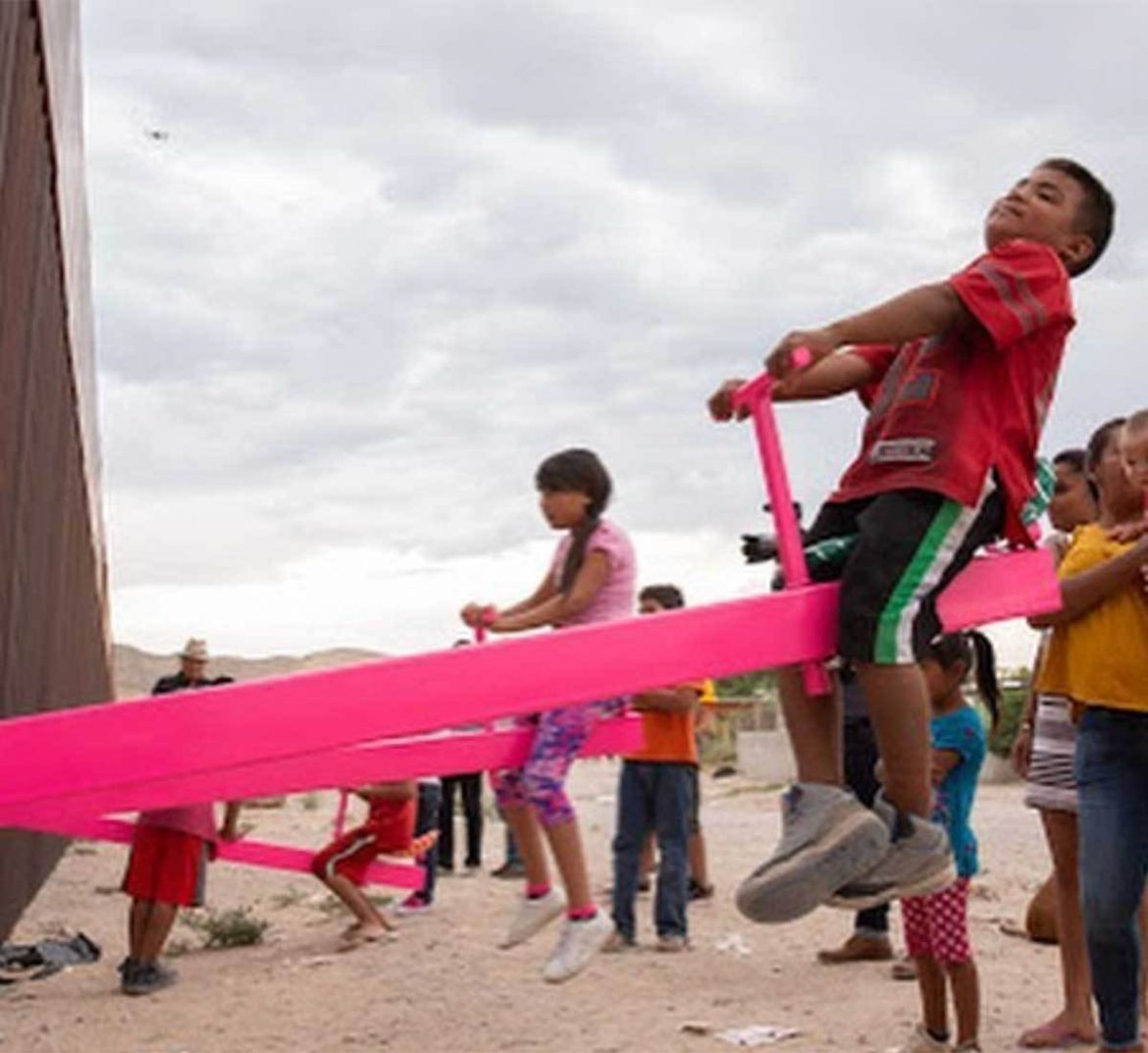 Children play on pink teeter-totters created and installed briefly at the U.S.-Mexico border in 2019. The brainchild of San Jose State Associate Professor of Design Virginia San Fratello and her husband, U.C. Berkeley Professor of Architecture Ronald Rael, the art installation was named 2020 Best Design of the Year by the Design Museum in London. (Photo courtesy of Ronald Rael/Instagtram)

The bright pink teeter-totters installed along the U.S. Mexico border that recently piqued the world’s curiosity were designed by a professorial husband-and-wife team from the Bay Area.

The art installation, which this month won a prestigious award from the Design Museum in London, was dreamed up and installed by San Jose State Associate Professor of Design Virginia San Fratello and her husband, U.C. Berkeley Professor of Architecture Ronald Rael.

The couple worked with the Colectivo Chopeke in Mexico to bring the seesaw phenomena to life for just a few fleeting moments on July 28, 2019.

The installation consisted of three teeter-totters slotted through gaps of the new border wall that former U.S. President Donald Trump famously and falsely claimed Mexico would pay for and which became a symbol of U.S. nativism and anti-immigrant sentiment.

“One designer worked from Juárez in Mexico and another in El Paso, USA. For just under twenty minutes on 28 July 2019, residents of El Paso and the Anapra community in Mexico could, for the first time, unite through play,” according to a statement on the Design Museum’s website.

The installation won the 2020 Best Design of the Year award, beating out 74 other entries from dozens of other countries.

“The project resonated with people from around the world in a way that we didn’t anticipate,” San Fratello said in a video posted on the museum’s site.

“It speaks to the fact that most people are excited about being together and about optimism and about possibility and the future. And the divisiveness actually comes from the minority of the people,” San Fratello said.