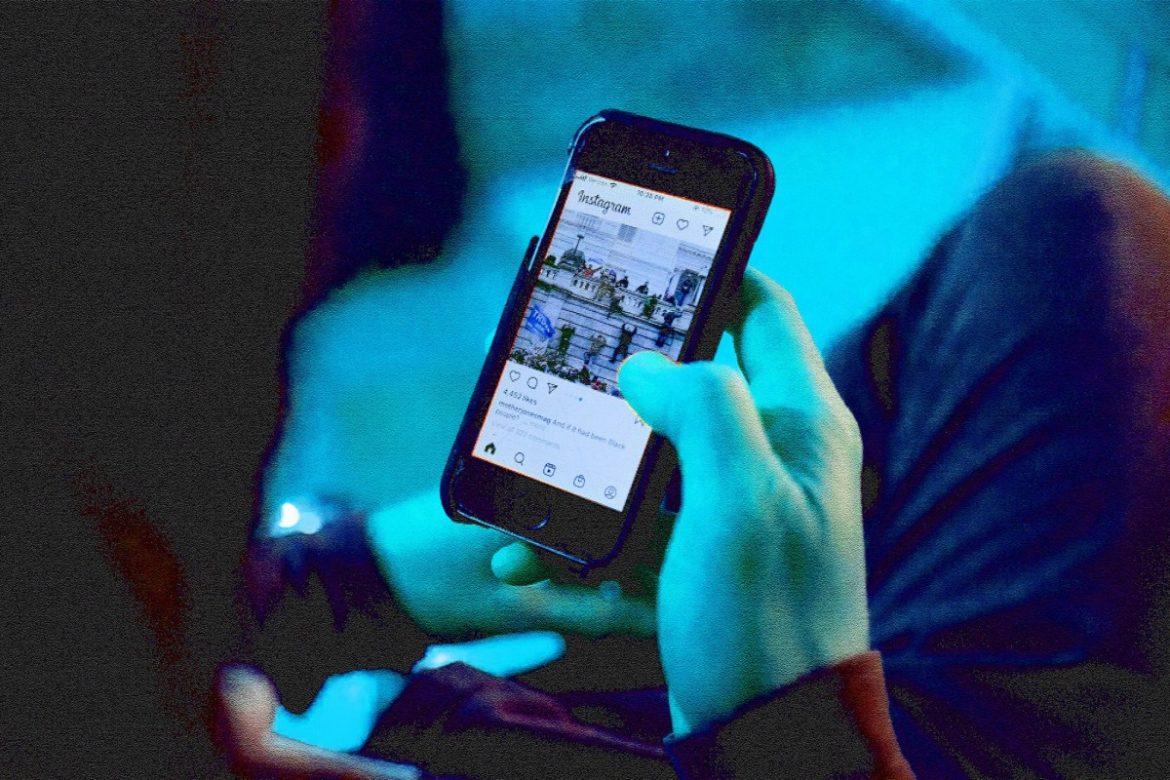 Sara Romero tutors math for middle school students in San Diego during their last class of the day. But on Jan. 6, her attention was divided between two monitors: one showing her students and another open to news coverage of the insurrection at the U.S. Capitol.

“I had to tell the kids, ‘I’m fine!’” said Romero, who’s also a history major at San Diego State University. “But watching this, I was definitely mad. My First Amendment rights to protest and assembly are not protected. I’m a first-generation Mexican American woman. If I had done what they were doing, I wouldn’t know what would happen to me.”

As supporters of President Donald Trump stormed the U.S. Capitol Wednesday, college students across California saw an explosive politics lesson unfold on their screens. Some said the attack on the Capitol, which temporarily shut down the certification of Joe Biden as the winner of November’s presidential election and was fueled by Trump’s false claims that the election was rigged, dented their faith in American democracy. Others were less surprised, saying they viewed the chaos as the inevitable result of the rise in polarization and right-wing populism in the United States, a country built on a legacy of systemic racism.

Romero, who’s studying to become a history teacher, said that her “historian brain” is exhausted from living through so many momentous events at once: the COVID-19 pandemic, Georgia electing its first Black senator and the son of a Jewish immigrant to the Senate, the Capitol being attacked. She wonders how she will explain the past few months to her future students.

“Am I gonna tell them this was a time of great change?” she said. “Of showing America what it’s been? A lot of classmates and professors would argue that America is just showing colors that have been there for a long time. I have to agree with them.”

Garrett Green, a UC Santa Cruz student, was in a Zoom lecture for his American Elections and Voting Behavior class while the mob stormed the Capitol.

“My teacher was discussing…that it was the strength of our institutions that keep things going,” Green said. “While I was listening to those words, I watched a man with a Confederate flag bust through the window of the Capitol building to try to attack sitting congressmen.”

Green said the attack reminded him of  historical acts of violence like the burning of Germany’s Reichstag after the Nazi Party came to power.

Grayson Peters, a political science student at UCLA — who, like Green, is Jewish — called Wednesday a day of both progress and horrible backsliding.

“You had neo-Nazis and neo-Confederates taking over the U.S. Capitol, which is very bad unequivocally,” Peters said. “But you also had Jon Ossoff being confirmed as the first Jewish senator for the state of Georgia, which of course was the state where Leo Frank was lynched, which led to the formation of the Anti-Defamation League (an organization that fights anti-Semitism).”

Peters said today’s young people “have less buy-in to the current system because they haven’t seen it work.”

“You have people whose only memories of adulthood are democratic backsliding, institutional dysfunction and violent polarization and clownish theatrics. We’ve passed through the cocoon of idealism of the Obama era in our childhoods into the cynicism of our adulthoods.”

Many student and faculty groups were quick to decry Wednesday’s events.

“The College Republicans at UC San Diego unequivocally denounce the violence at the capitol today,” the student group wrote in a press release.

Its president, political science major Austin Katz, said that many of the group’s members had reached out to him about the attack.

“They’re very disappointed, as every American should be, on how the situation unfolded,” he said. “But they’re concerned that they’re going to be targeted, or they’re going to be associated with the acts of bad people just simply because we share a preferred presidential candidate.”

Some students said witnessing the insurrection, along with the entirety of the Trump presidency, has pushed them to think more critically about the careers they want to pursue after college and their civic engagement.

An open letter signed by hundreds of political scientists, including several dozen from California, is circulating on social media urging that Vice President Mike Pence, Congress and the president’s cabinet invoke the 25th Amendment to immediately remove Trump from office. University of California President Michael Drake called the assault on the Capitol “a shocking display of lawless violence.”

Some students said witnessing the insurrection, along with the entirety of the Trump presidency, has pushed them to think more critically about the careers they want to pursue after college and their civic engagement.

Diana Chavez, a political science major at California State University, Los Angeles, was preparing rosca, a traditional bread for Día de Los Reyes, with her mom yesterday when she saw news of the insurrection. She translated what was happening to family members who don’t speak English, trying to calm down those who were concerned that Trump supporters would riot in Los Angeles, too.

Chavez admires U.S. Rep. Alexandria Ocasio Cortez and wants to become a U.S. Senator, she said, to help make America a nation that doesn’t tolerate racism and discrimination. But yesterday, as they watched a mob overrun the Capitol, she said her mom asked her, “Mija, can you do it? Are you sure you want to do it?”

“This actually makes me even more motivated to do what I want to do,” Chavez told CalMatters.

And Anabell Rangel, also studying political science at CSULA, said that she initially wanted to be a civil rights attorney. But watching Trump’s presidency unfold, along with participating in multiple protests last summer in support of Black Lives Matter, has changed her mind. She now wants to be a professor and teach people about the justice system to help empower them to create change in their communities.

“I don’t want to be part of a system where I have to play by the book or pretend to be someone who I’m not,” she said. “I really want to educate people as to what’s going on and how we can move into a better world.”

That’s the lesson Jason Whitehead, a political science professor at Long Beach State, hopes his students will take away from yesterday’s events: that democracy requires vigilance.

Whitehead had his phone tuned to a CNN video of the Congressional proceedings during a review session for his American Government class, and out of the corner of his eye spotted footage of a man hanging from a balcony.

“I think, ‘Either that’s historical footage which I’ve never seen before or something really weird is happening,’ ” Whitehead said.

He fielded questions from students, some of whom were flabbergasted.

“I talked about how this situation had been created by lies that had been spread about the election being stolen,” he said.

Next time he teaches about the counting of electoral votes, he said, he’ll tell students to not see the process as a simple formality.

“It is not a foregone conclusion that this just happens, and the losers give up and allow the winners to prevail,” he said. “It’s an accomplishment for a society and a culture and government to be able to bring that about.”

Many students CalMatters spoke with said they were fearful for the country’s future.

“It’s very strange to be trying to plan out your life, to prepare for a career, to transition into adulthood and responsibility, in a moment when the entire system appears to be falling apart,” Peters, the UCLA student, said. “How do you plan ahead when the government that you’re used to might not even exist tomorrow?”

But Jacob Lacuesta, a graduate student in Asian American Studies at SF State, said that while the insurrection looked like an affirmation that the “reawakening of overt white supremacy” in the U.S. was here to stay, that doesn’t mean people are powerless against it.

“If we better organize,” he said, “we can create a more hopeful outcome — even in darkness.”