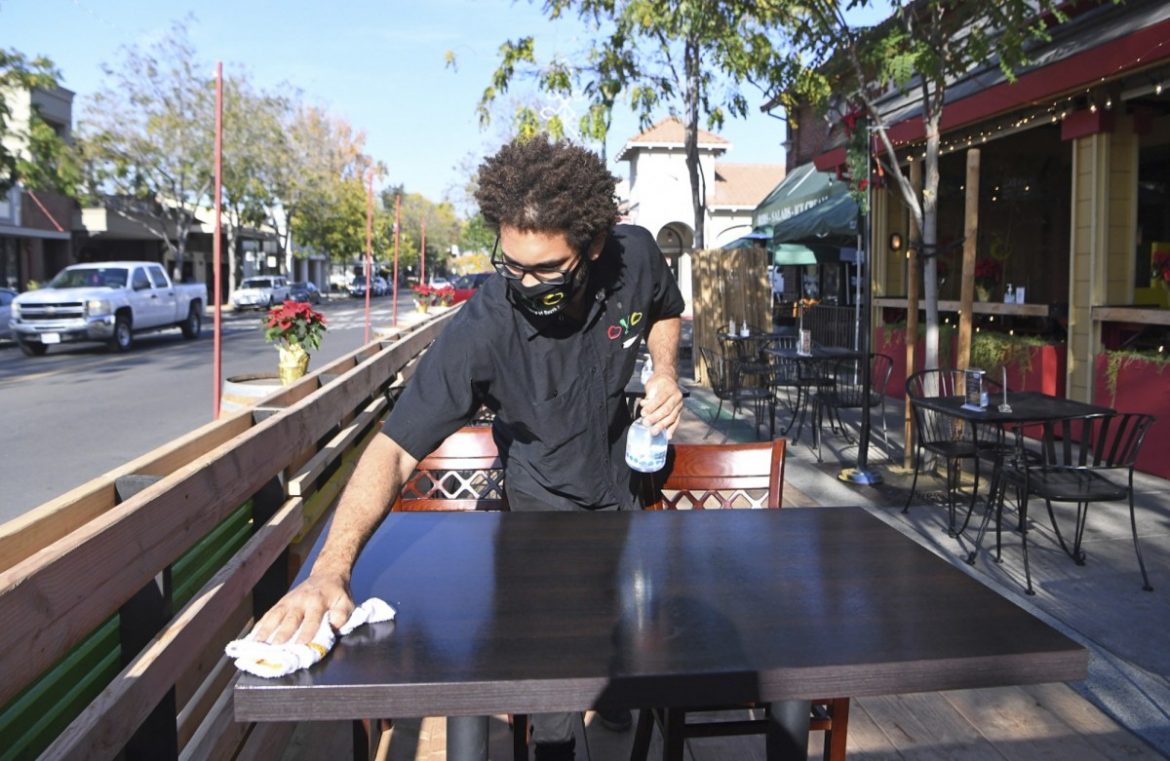 California lawmakers, businesses and residents are racing to adapt their coronavirus reopening plans after top state officials on Monday moved to ease shutdown orders in place since early December for the state’s largest cities.

Outdoor restaurant service, haircuts and open-air workouts could soon resume — again — across California after state health officials announced an end to stay-at-home orders in an early morning press release. The state will return to the same color-coded county reopening system unveiled by Gov. Gavin Newsom over the summer.

But it’s not yet clear how the change in state policy will play out in virus hotspots like Los Angeles, since local health officials are still free to enact stricter orders. Business owners and health experts are also split over whether the new rules go too far or not far enough when compared to reopening efforts underway in other states.

Even some state lawmakers were caught off guard by the sudden change of course, highlighting how the pandemic has strained communication both within government and with the public. Adding to the tension are nagging questions about the credibility of Newsom and other state officials who themselves have been caught skirting pandemic restrictions.

California Sen. Lena Gonzalez, was one of several legislators to post online about the “surprising” new order and call for clarity about impacts on essential workers and communities of color hit harder by the virus. Assemblymember Laura Friedman, a Democrat from Glendale, posted on Twitter late Monday morning that, “If you think state legislators were blindsided by, and confused about, the shifting and confusing public health directives, you’d be correct.”

The California Republican Party quickly seized the confusion to highlight a recall campaign against Newsom and nagging questions about how, exactly, the state is deciding when and how to reopen different sectors of the economy. “It’s time for the Wizard of California to come out from behind the curtain and let Californians see the data and science behind his decisions,” the party said in a statement.

In a mid-day press conference, Newsom rejected any notion that the loosening of virus restrictions was a political maneuver to generate goodwill as “complete, utter nonsense.” He said the decision to lift stay-at-home orders was driven by declining hospitalization rates and increasing ICU capacity and emphasized that California’s rate of positive COVID-19 tests has also dropped, adding to optimism about reopening more businesses in the coming weeks.

“We’ll be moving, we hope, quickly through tiers,” Newsom said.

Still, Newsom and other policymakers cautioned that the state is still in a precarious position. Over the last week, an average of 504 people have died every day from virus complications.

“We are eliminating the stay-at-home order when we have the equivalent of a 747 airliner crashing in California (every) day,” Sen. Steve Glazer, a Bay Area Democrat, posted on Twitter. “We must not be numbed by the deadly circumstances of our current situation.”

The move back to county-by-county reopening decisions — which comes amid a sluggish start to the state’s COVID-19 vaccination effort — marks the latest abrupt shift in California’s handling of the pandemic, which state officals framed as good news.

“California is slowly starting to emerge from the most dangerous surge of this pandemic yet,” California Health and Human Services Secretary Dr. Mark Ghaly said in a statement, “which is the light at the end of the tunnel we’ve been hoping for.”

Still, some healthy advocacy groups warned that the move was premature, especially after virus cases surged again in the fall after the state’s first attempt at the color-coded reopening system. Late Monday, the politically powerful California Nurses Association blasted the decision in a statement contending that “we know better than elected officials and business leaders that it is not time to let our guard down,” echoing others who questioned the change.

“We should not risk a backslide in the recent gains we’ve made against this virus just to allow people to go out to eat at a restaurant or get a haircut again,” Emily Rusch, executive director of the Los Angeles-based California Public Interest Research Group, said in a statement. “The reality is, a new, more contagious variant of COVID-19 has arrived in our state, vaccinations are rolling out painfully slowly, and many more people will die from this disease.

As hospitalizations spike and recede, many businesses and residents have questioned how and why certain activities are restricted, leading to protests over masks and personal liberties, lawsuits and other backlash over issues like outdoor dining and school reopenings. Though the number of Californians hospitalized remains higher than at any point of the pandemic before late December, state officials said that they were encouraged by projections that ICUs will soon have increased capacity above 15% in Southern California, the Bay Area and the Central Valley.

“The December holidays did not overwhelm the health care system to the degree we had feared,” Ghaly said in a statement, despite stark recent reports of overflowing morgues and exhausted medical personnel in hard-hit areas.

With the shift back to color-coded reopening guidelines, all but four counties will shift to the most restrictive purple tier, which allows for outdoor dining and some personal care businesses. Trinity, Alpine and Mariposa counties are in the red tier permitting small indoor gatherings and higher capacity at indoor businesses. Sierra County is in the orange tier, which signifies “moderate” spread of the virus and allows bars to reopen.

The end of the stay-at-home order was more symbolic than helpful for Ryan Gallagher, who owns 27 Planet Fitness locations in the Bay Area and the L.A. area. He doesn’t plan to reopen or hire back the nearly 300 staffers he’s had to lay off, since he said outdoor exercise allowed in the state’s purple tier still isn’t practical for a large gym. He’s unsuccessfully lobbied the governor’s office to allow gyms to reopen indoors with distance, masks, air circulation and sanitizers like other states allow, and as other California business sectors like retail have been permitted to do.

“What’s the difference between pushing a barbell and pushing a shopping cart?” Gallagher said. “We are killing our fitness industry in California.”

During the ups and downs of the pandemic, officials in left-leaning urban centers like San Francisco have at times opted to enact stricter local measures than the state required. More than 10 months into the public health crisis, with concern about small business closures and unemployment hitting new highs, the question is which locales may opt to clamp down longer now in a bid to stave off another wave in the coming months.

Despite the public health urgency of stay-at-home orders this winter, early data shows that the fallout was swift for small businesses. Furloughs spiked to a five-month high in December, said Luke Pardue, an economist at human resources tech company Gusto, and recent gains were concentrated in remote-work-friendly fields like professional services, consulting and finance.

“The recovery is really at an inflection point, where we could dip into a double-dip recession, which would be quite harmful,” Pardue said. “Or, should we see public health measures improve, we might be able to increase the recovery.”

For those interpreting the state’s ever-evolving approach to the pandemic on the fly, it’s now a race against time to navigate familiar reopening questions while ramping up sputtering local vaccine distribution efforts.

“The lifting of the regional stay at home order shows signs of progress that can continue if we avoid letting our guard down,” Graham Knaus, executive director of the California State Association of Counties, said in a statement. “Together we can move the needle on COVID-19, rebuild our economy and begin to resume our near-normal lives.”