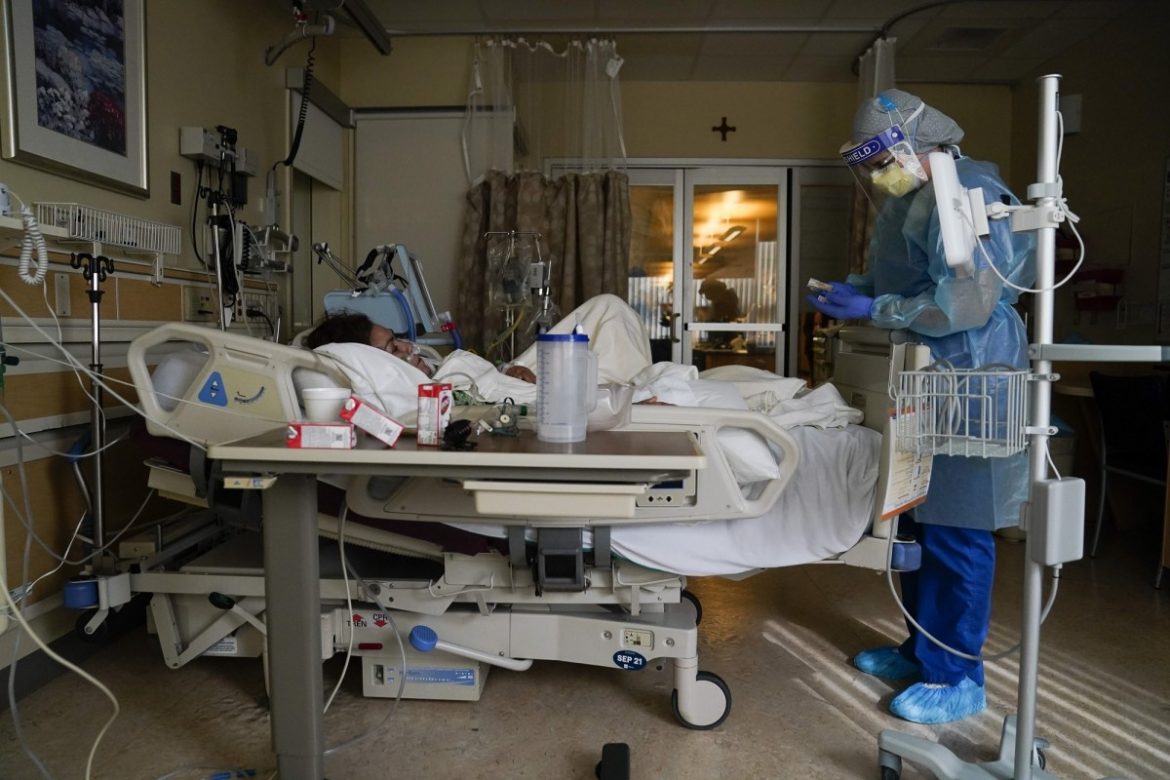 Facing the largest “surge on top of a surge” of patients since the start of the pandemic, California hospitals on Friday begged state officials for more relief from the “red tape” they say is hampering patient care.

“We find we are standing on a beach and watching a tsunami approach,” said Carmela Coyle, president and CEO of the California Hospital Association, an industry group. “Yet we are still having to deal with regulations that … that in times of crisis need to be set aside. We need additional flexibility so (hospitals) can focus on patient care and not on paperwork.”

California’s hospitals, particularly in the Los Angeles region, face an unprecedented crush of patients. More than 22,800 people are hospitalized with COVID-19, with nearly 5,000 requiring intensive care, according to state data. As emergency rooms and intensive care units fill to bursting, ambulances stack up outside hospital doors. Coyle said another 15,000 people are expected to be hospitalized in the next 10 days.

The state’s politically powerful nurses’ union countered that hospitals already have too much leeway when it comes to staffing. The California Nurses Association is lobbying state officials to not weaken rules further.

“This is not the time to be cutting back on standards of nursing care,” said Gerard Brogan, a registered nurse and director of nursing practice for the union.

Hospitals want to be able to assign nurses from other units to work in overwhelmed ICUs under the supervision of a highly-trained ICU nurse. The nurse union has criticized this approach, saying that the supervision is so time-consuming that it takes away from specialized nurses’ ability to do their jobs.

Hospitals also are seeking more flexibility related to when and where they are allowed to discharge patients who are infected with the COVID-19 virus to other facilities, such as nursing homes.

“Discharging patients to lower levels of care, when appropriate, frees up bed capacity and staff to care for those who are truly sick,” said Jan Emerson-Shea, vice president, external affairs for the California Hospital Association. “In this crisis, we need every tool at our disposal.”

It remained unclear Friday whether state officials would grant hospitals more of the regulatory relief they seek.

State health officials have relaxed longstanding nurse workload mandates, forcing ICU nurses to care for as many as six critically ill patients at a time. Earlier this year, hospitals had to prove their need to be exempted. But in December, the California Department of Public Health essentially allowed any hospital to assign more patients to nurses than is normally allowed as long as they continued efforts to bring in more nurses and met other requirements.

As a result, some nurses are caring for as many as three intensive care or six emergency room patients at one time, 50 percent more than their normal workload. Nearly 190 hospitals have received waivers allowing larger nurse workloads.

“Nurses are exhausted because of hospitals’ lack of support and PPE (personal protective equipment),” Brogan said. “These demands for flexibility are being made by non-nurses. To nurses, none of these things are abstract.”

Many hospital systems did cancel some elective procedures earlier in the surge. On Tuesday, the state’s public health officer ordered all hospitals to delay most elective procedures, such as colonoscopies, and to accept transfers from more crowded medical centers.

Gov. Gavin Newsom earlier this week highlighted the state’s attempts to bolster health care capacity, including deploying nearly 1,500 medical staff to hospitals and nursing homes and setting up “surge” hospitals in convention centers and other sites. Officials have requested another 500 medical staff from the federal government and sent engineers to hospitals to help upgrade their oxygen delivery systems.