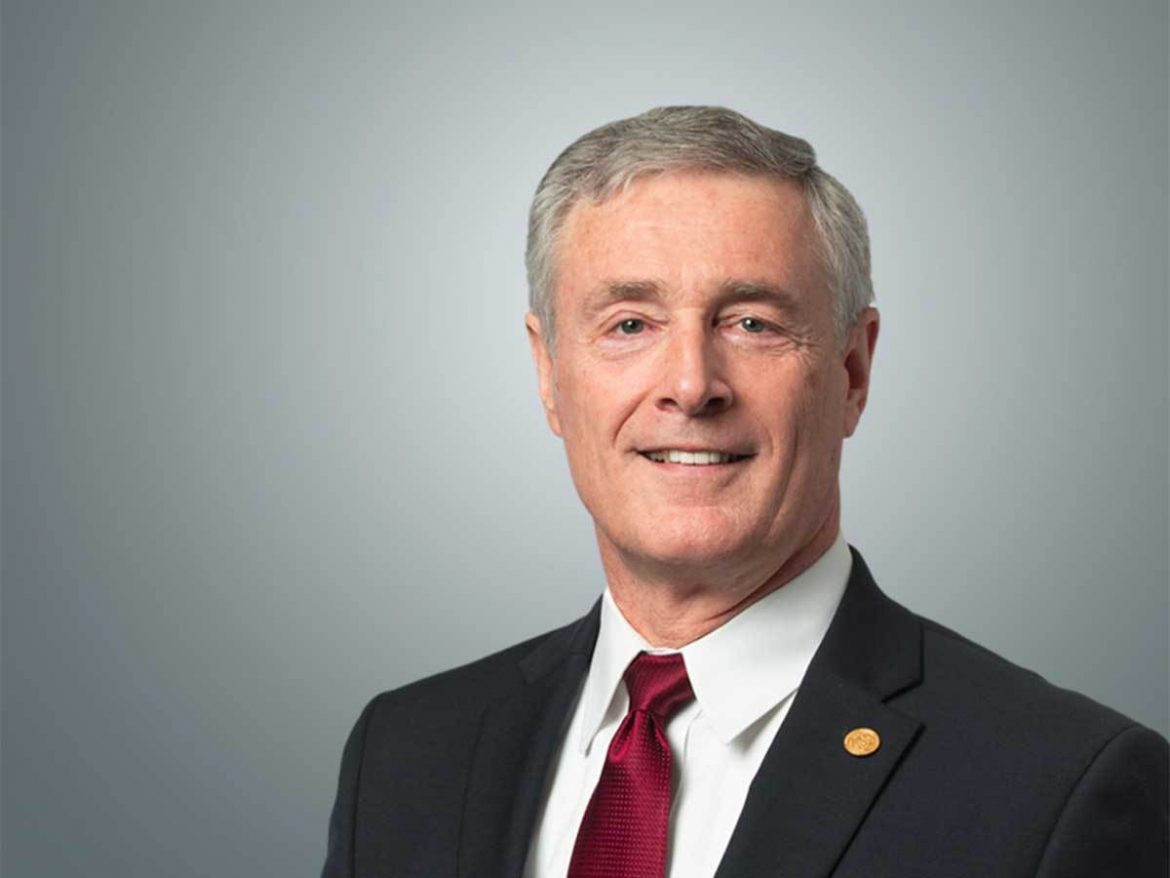 Richard Plumb has been named the 30th president of Saint Mary’s College of California in Moraga.

Plumb, now the executive vice president and provost at the University of St. Thomas in St. Paul, Minnesota, was chosen after a year-long national search guided by a college committee, and by the unanimous recommendation of Saint Mary’s board of trustees.

He will replace President James Donahue, who is retiring at the end of the 2020-21 academic year. Plumb officially begins his new post on July 1.

“Richard’s passion for Saint Mary’s and Catholic higher education, along with his considerable accomplishments, made him the standout candidate in a competitive national pool of applicants,” said Kevin Nagle, Saint Mary’s chair of the Board of Trustees and search committee co-chair, in a statement. “We are excited to have him join the Saint Mary’s community.”

“Richard not only understands the issues facing higher education today, he demonstrated to us how a university can succeed in today’s environment,” said Kim Vogel, a Saint Mary’s board member and former adjunct faculty member. “Richard’s considerable experience in fundraising, program development and diversity initiatives made it clear that his unifying vision can lead Saint Mary’s to the next level.”