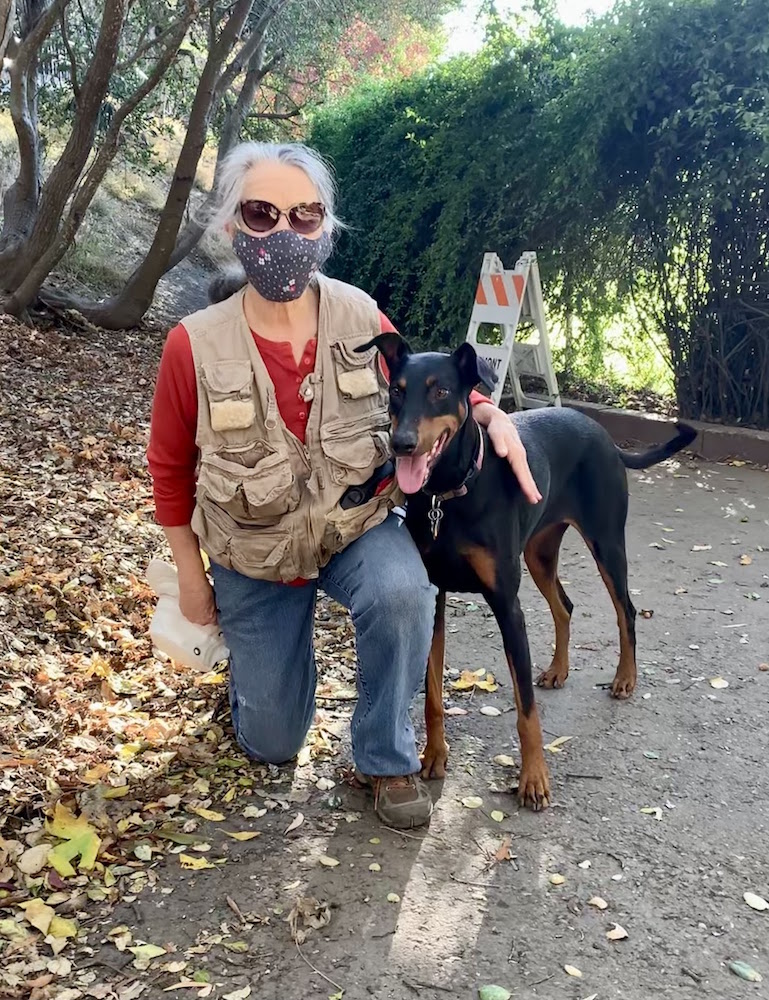 Adoption Story: A dog walker found her down near Leona Lodge. A friend of mine who used to walk my old Doberman saw Jess with the dog walker and asked about her. They had put up signs, called around, and took her to the vet and found out she had no chip so I went to get her because I wanted a female Doberman.

Likes: Food, and she loves to come to the park and run and find tennis balls all over the place.

Dislikes: People in masks but she’s kind of getting used to it.

Interesting Facts: I teach yoga for people with disabilities, which is online now, but when we were in the studio she would go to the studio with me. Now everybody asks where she is, so I have to have her in the picture with me during classes.

She was kind of our mascot. A student came in just a few minutes late one day and we were already meditating, so Jess got up off of her bean bag which is where she stays during classes, walked over to that student, greeted her, and then walked back to her bean bag. She misses that. She misses people.

Anything else we should know? The Doberman has a horrible reputation that is really off base. Doberman Pinschers are really good dogs. They’re smart, she’s really smart. I’m so grateful to have her right now.

One thought on “Who’s that Good Dog”