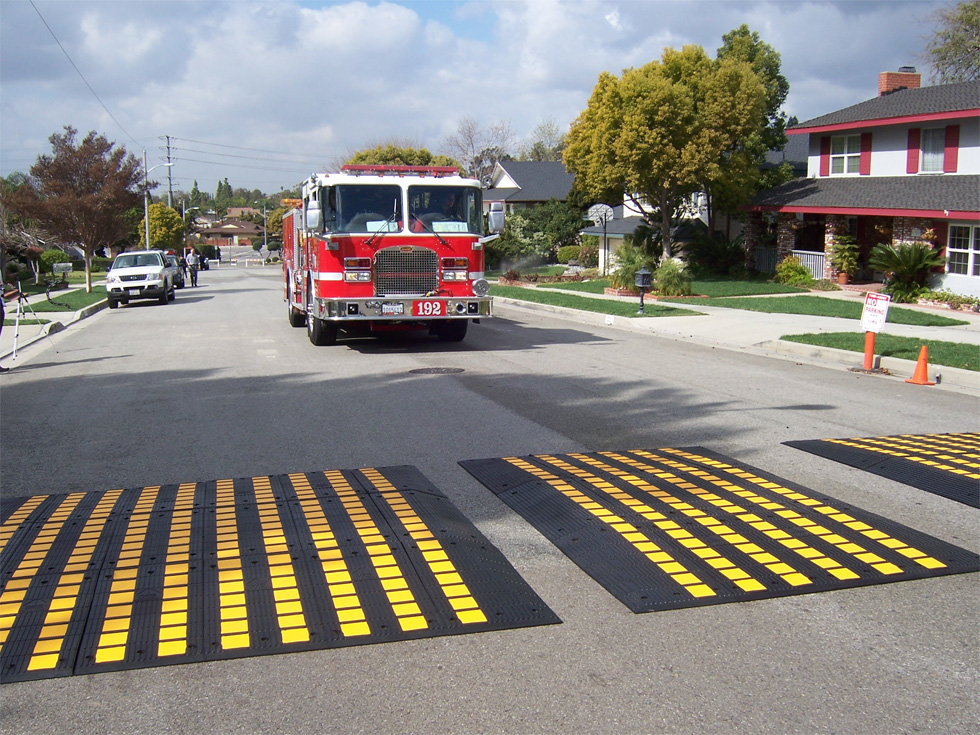 Plans are for these cushions to be installed at two locations — five on Scenic Avenue between Blair and Alta Avenues, and two on Greenbank Avenue, a well-traveled short street that connects Oakland and Grand Avenues. The plan is for a total of seven cushions to remain in place for one year, their effectiveness to be evaluated over the ensuing one-year period. Purchase and installation of the cushions will be about $25,000.

The section of Scenic Avenue from Blair to Alta is narrow and winding, with no sidewalks — a mix presenting potential dangers that residents there have been talking to the city about since 2017. The idea is for these “speed cushions” to slow traffic in this area where bicyclists and pedestrians regularly share the street with cars.

“Multiple times we’ve had to duck between parked cars to avoid (traffic),” said resident Emily Kaplan, who told the council that approval of the project brings “an incredible sigh of relief.” Added neighbor Elaine Penzer, another cushion supporter, “It would just be nice to feel safe, and we don’t feel safe right now.”

Greenbank Avenue is a somewhat different situation. Both the angle of entry from westbound Oakland Avenue onto Greenbank, and that such a turn is coming downhill, “promotes a speedy turn” on to Greenbank, a city staff report says. Residents of this area, too, have been talking to city staff about speeding traffic on Greenbank for about three years.

The City Council had already approved refiguring a crosswalk there, installing a painted curb extension, called a “bulbout,” and installing “bollards” — small, removable posts — at that intersection. Those actions were to have been preceded by a traffic study of that Oakland/Greenbank/Grand area, but that study has not happened, as COVID-19-related changes in vehicle and pedestrian traffic would have compromised long-term study results. Traffic cushions are seen as a temporary solution to the Greenbank situation until the traffic study can be carried out, and hopefully leading to longer-range solutions.

A handful of Greenbank residents told the council Monday night that something needs to be done to slow traffic on their short street sooner rather than later. One, Meghan Rhea, said the situation is “frightening,” and that speed cushions may not be enough. “I’m sorry if the bicyclists have to get off their bikes …. I want full speed bumps” on Greenbank, she said.

Councilwoman Jen Cavenaugh said she knows both streets well, and said evaluating other safety measures may indeed be warranted.

Some of the new cushions will be monitored for the volume and speed of traffic. Information on the cushions’ effects on emergency response vehicles, and their impact on overall safety, will be among the issues studied over the next year. Public opinion on the cushions’ effectiveness will also be considered, and the Piedmont Safer Streets Program and Pedestrian and Bicycle Advisory Committee could be an ideal public forum for gathering such opinions, according to a city staff report.