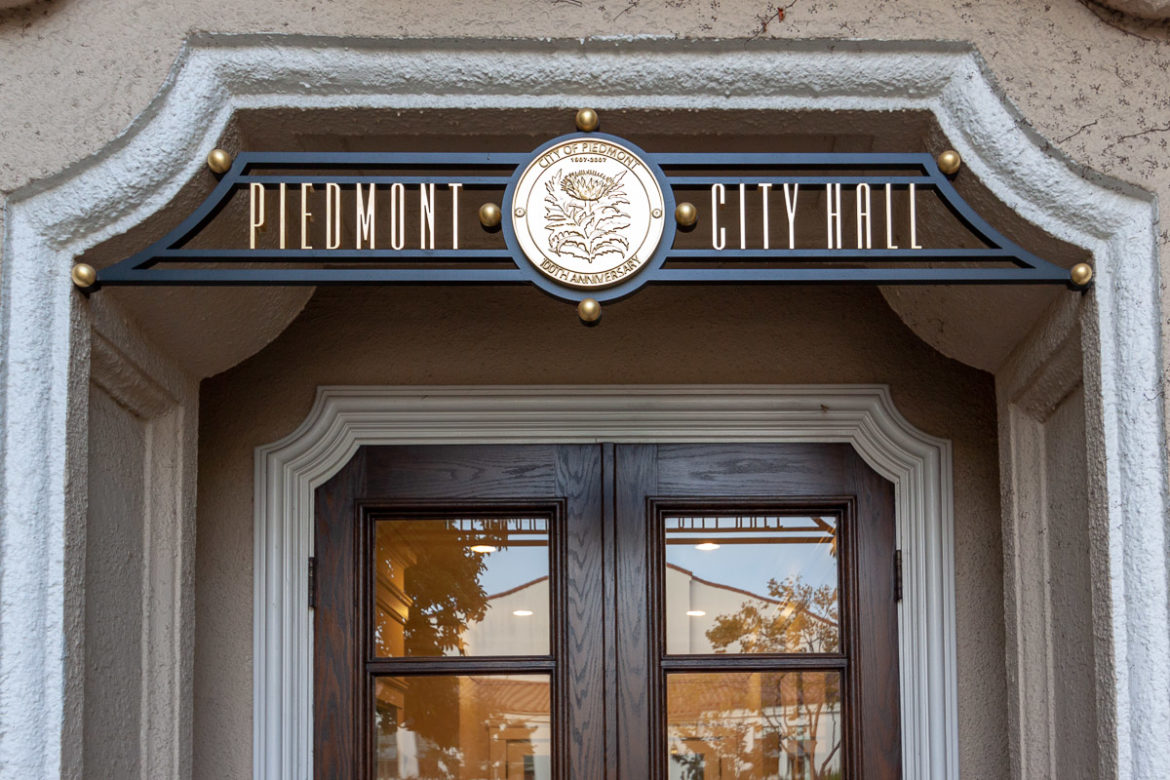 In a letter sent to its members on Friday, Dec. 11 , the Piedmont Racial Equity Campaign (PREC) and the Piedmont Appreciating Diversity Committee (PADC) shared the following letter to the city council that outlined their concerns around the selection of the city’s vice mayor during the Dec. 7 council meeting. At that meeting, a compromise solution to allow Tim Rood and Jen Cavenaugh to share the two-year vice mayor term was preceded by confusion over past practice and what constitutes “tradition” and exacerbated by the absence of written protocols around the leadership selection process.

We watched the selection process of the Vice Mayor during the City Council Meeting on December 7th with some concern. While we feel Vice Mayor Rood is a wonderful member of Council and will make an excellent Vice Mayor, we were troubled by two aspects of the proceedings.

The first is the lack of transparency and clarity surrounding both the agenda item and the rules and regulations that govern Council.

The second was the way that racial equity was conflated with diversity more generally as a rationale for elevating Vice Mayor Rood over Councilmember Cavanaugh.

As we understand it, the unwritten policy of Council is that the person who has seniority as well as the greatest number of votes, is elected to Vice Mayor for a two-year term, and then to Mayor. This has been the established process and precedent for many decades. Yet in the council meeting, this process was altered, without alerting the public to the potential change in process.

Due to the unexpected and last-minute departure from precedent, many of us who might have wanted to offer comment were not able to do so. This is concerning for several reasons.

First, lack of clear and transparent processes only benefit those in positions of privilege and power. Decisions that are made in ways that are unclear to the public eye rarely benefit the general public, and especially people of color. Making it explicit that a change in process is being contemplated helps increase transparency, helps engage constituents and helps create an open playing field for everyone. If changes to the rules are contemplated and decisions are made that have political impact, it is important to make that explicit to the public so that the public may weigh in.

The second concern we have is that Council rules and procedures are not written down and accessible to the public, but rather rely on institutional memory, or interpretation, to be passed along. This is problematic and undermines transparency and public accountability. There should be a record for historical procedures and the City Administrator should be able to reference written documentation of such procedures, so that any changes to procedures can be debated as part of a public process separate from their application to any particular situation or individual.

Diversity as Conflated with Racial Equity

During the conversation, Councilmember McCarthy referenced the August 2020 Council Resolution Unequivocally Rejecting Racism as a reason for elevating Vice Mayor Rood over Councilmember Cavanaugh. We strongly believe that discrimination against LGBTQIA individuals should never be tolerated and we are proud that Vice Mayor Rood will represent Piedmont as our first out LGBTQIA Vice Mayor.

However, we also feel that it is important not to conflate support for diversity more generally with racial equity. The Council Resolution Unequivocally Rejecting Racism was in response to the murder of George Floyd and the resolution concerned itself specifically with racism and racist violence towards Black people. It is important that we are clear on how racism, particularly against Black people, is a separate and distinct harm that undergirds our society, and how it is our work, as Piedmonters and as humans, to dismantle that racism. To do that, we must be thoughtful and clear with both our words and our actions. In terms of next steps, we recommend the following:

1. Council should clearly agendize and flag politically substantive conversations for the public so that members of the public are aware that they are occurring and have the opportunity to weigh in with their perspectives.

2. Council, in coordination with the City Administrator and the City Attorney, should develop written Rules and Procedures for Council. City Council should adopt those procedures by resolution. Doing so will ensure that Council actions are guided by clear and transparent rules.

3. Council, city staff and members of the public should take care in both comments and policy not to conflate racial equity and diversity more generally.

Thank you for your consideration of our comments. We look forward to working with you on matters of importance to this city and to forging a better Piedmont for everyone.

One thought on “PREC, PADC call for more transparency around city council decision-making”