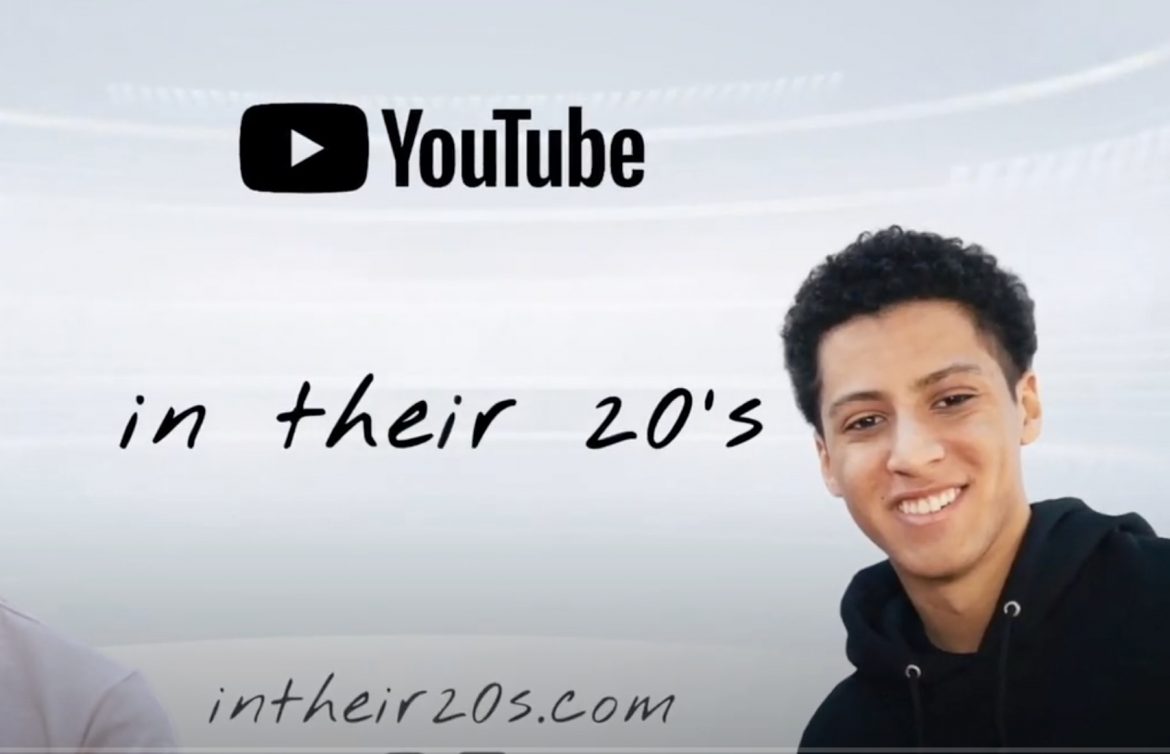 Landon Campbell (PHS ‘16) graduated from DePaul University in Chicago this spring. At DePaul, he served as student body vice president and juggled multiple internships before landing a job with Motorola Solutions. On the side, he and a college friend, Michael Holmes, started a podcast and YouTube series — In Their 20s — aimed at inspiring young professionals. Exedra reporter Tess Reichle interviewed Campbell this week to learn more about this new venture.

Q: In Their 20s is a podcast that you and a former classmate at DePaul started during the pandemic. Can you tell us what inspired you to start it?

A: So we were a few months into the pandemic, and I would call my friends in Chicago often, just to keep in touch because I was back here in Piedmont. We were privileged to have jobs, but we noticed that there was so much negativity and sadness not only for people finishing their degrees, but for everybody. It’s been a really, really crazy year of uncertainty so we were trying to figure out a way to bring light to the situation and provide people with good advice and help them out. I know it has been very turbulent and difficult to find opportunities and figure stuff out right now so I’m just trying to be helpful when I can.

The whole notion of In Their 20s is that we would speak with influential people who have gone through this pivotal life stage and then gone on to do amazing things.  It’s been a privilege to be able to speak with awesome people and hear many different stories.

Q: What’s your process for deciding who to interview and what makes a quality interview subject?

A: We spent about two to three months working out our brand and the types of guests and types of stories that we’d want to have on. We started to compile a list of people we’d met during our time at DePaul — these were all people who had inspired me when I had moved to a new place and was trying to figure it out for myself.

When it comes to what makes a great interview a great interview, I don’t even know if I’m the right person to say that. We’re hearing from people who have different backgrounds, different upbringings, people who went to school out of the country, people who didn’t even go to college and have done amazing things. So just to be able to hear these stories is a privilege to me, to be able to scale mentorship in a way, because we really appreciated all the advice that we got from these people and thought, why not have other people get exposed to those stories?

Piedmont resident Scott Kucirek, the CEO of OCHO Candy, was one of our first interviews and if I were to single out a few interviews, I’d say his for sure was really helpful. Just seeing the passion that he brought to the interview really helped lay the groundwork for what we’ve set out to do.

Last week, we had the Editor-in-Chief of the Chicago Tribune. When we first started doing this we had an idea of what an influential person looks like, but I’m glad to say now that I think everybody can be influential and everybody has a unique story to share.

Q: You mentioned “scaling mentorship.” I’m wondering if you can talk more about the mentors in your life and the role they’ve played in your own professional journey.

A: Moving to Chicago, I didn’t know anybody. I literally had no family, no friends, and I’d also say no connections. So every person I’ve met [is part of a network] I’ve been able to build on my own. When I say scaling mentorship, it’s really about making unique connections available to everybody. I really feel that … it shouldn’t be difficult for people to hear stories and meet different people and get connected.

It’s been pretty cool with In Their 20s because we have people who will watch one of our interviews and they’ll actually reach out to one of the people we’ve interviewed just to say, “Hey, I saw you on Michael and Landon’s podcast. I love your story about how you overcame this in your 20s and I’d love to be able to speak with you further about that,” or “I’d love to get connected with you.”

That’s one of the best feelings, really being able to connect new people, to introduce them virtually to people who they might not have had the opportunity to meet and share their stories. That’s really magical and has been a great outcome of what we’re doing.

Q: That sounds immensely gratifying — making a real impact on people’s lives. So what has surprised you the most or been the most unexpected result of this project?

A: The appreciation from not just the DePaul community but the [Chicago] community has been super helpful. Now we have a lot of listeners and viewers from across the country.

We originally created this [series] for people in their 20s but people out of their 20s have been really enjoying our interviews, like people who are approaching their 20s and are anxious. They’re in their late teens and they’re really curious and want the best advice. It’s been perfect for them. And we have a lot of viewers and listeners who are a lot older.

Another thing we didn’t expect is that our subjects have spread the word within their own networks and it creates this spiderweb where people are now contacting us saying they’re interested in coming on In Their 20s and sharing advice. So that’s been super helpful too. I’m really in awe of how fast we’ve grown and how this quarantine idea has turned into something that’s really impacting the lives of a lot of people during the pandemic.

Q: Is there anything else you want to add?

A: It’s really difficult to figure your own life out if you aren’t able to see what other people older than you or maybe your peers are doing. Not to say that you need to constantly be comparing yourself, but I really think it does help just to have heroes, mentors, influential people in your life that you can see, that have maybe even done similar stuff that you’re doing or maybe even in another industry.

(Know a Piedmont grad who is up to something interesting? Let us know at news@piedmontexedra.com.)

One thought on “PHS grad starts podcast aimed at 20-somethings”