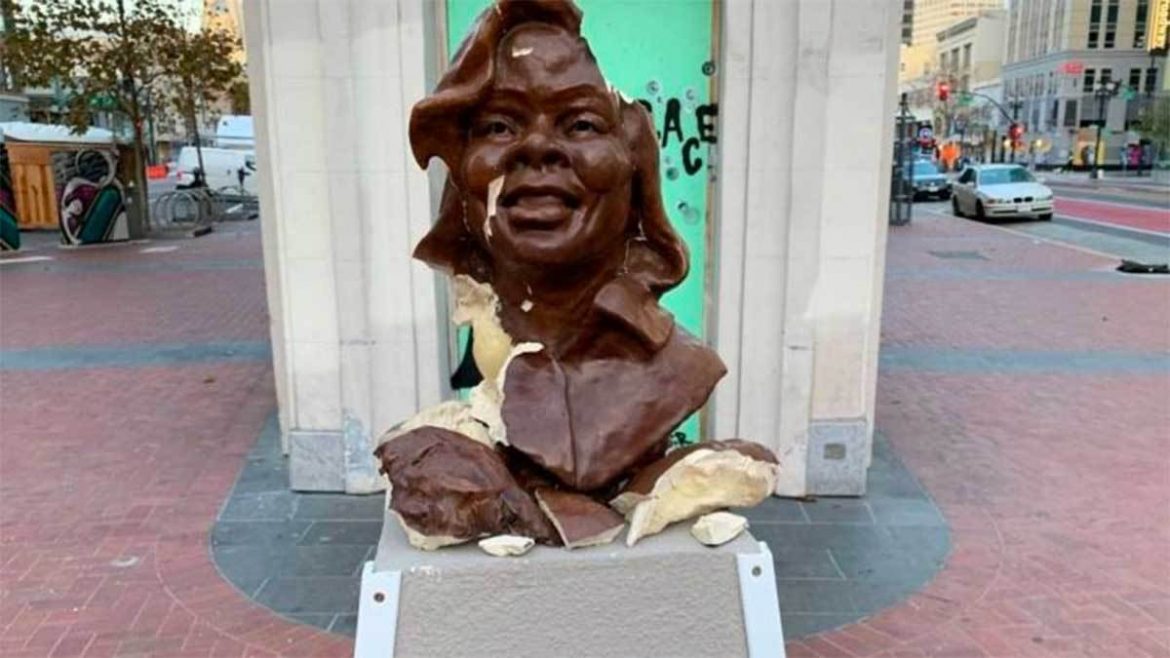 Vandals destroyed a monument to Breonna Taylor in downtown Oakland sometime around Christmas night. The artist has already raised close to $11,000 in donations to restore the sculpture. (Photo courtesy of Leo Carson/GoFundMe)

Attorney Joe Cotchett and his Burlingame law firm Cotchett, Pitre & McCarthy, LLP, have offered to fund the restoration of the Breonna Taylor sculpture located in Latham Square in downtown Oakland. The ceramic bust, which was installed on Dec. 12, was found smashed to pieces on Saturday.

“It’s scandalous and outrageous that anybody would do such a thing,” Cotchett said, explaining the vandalization of the sculpture makes him livid, particularly because Taylor was an emergency medical worker who was shot multiple times by Louisville, Kentucky, police in her own home. “She was a wonderful human being. … The whole situation is preposterous — first her death, and now this.”

On Sunday afternoon, the artist, Leo Carson, posted a GoFundMe page asking for $5,000 to rebuild the “Say Her Name” bust. This time, Carson, who works as a server, plans to cast the sculpture in bronze and reconstruct the base to support the weight of the metal.

Cotchett said his firm will give the artist whatever he needs to complete the project. As of Monday evening, the GoFundMe page had raised $10,875 from 273 donors, giving between $5 and $500 each. Carson said any donations that exceed the cost of rebuilding the artwork will be donated to Taylor’s family.

“After spending months creating this artwork it was incredible to see the community and neighbors taking photos and enjoying it,” Carson wrote on his GoFundMe page. “Now I am devastated and enraged to see it in pieces. This was an act of racist aggression and we need to show them we will not stand for it.”