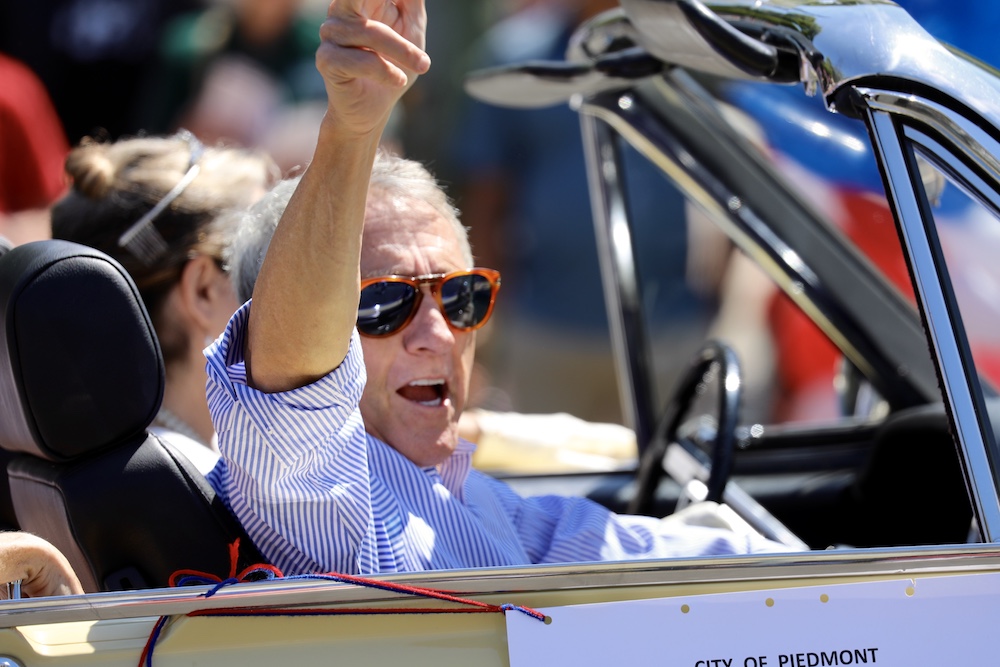 For Bob McBain, the departure from public life won’t be an abrupt one. The last meetings of various boards on which, as a Piedmont City Council member, McBain has served have come and gone by now, one by one.

After eight years as a councilman — the last three as mayor — McBain said it is the people he’ll miss the most.

And, thanks to COVID-19, he said, seeing many of those people only through Zoom meetings has helped cushion the separation process.

“I’ll miss the people here more than anything,” said McBain, 67, who will attend his final Piedmont City Council meeting Monday night (via Zoom, of course), for the reorganization meeting following the Nov. 3 general election.  “I’ve been saying the pandemic has allowed me not to go [from public life] cold turkey.”

McBain will have some parting words Monday night, ahead of the swearing-in of Councilwoman Jen Cavenaugh to her second four-year term and of Conna McCarthy to her first term. The council also is scheduled to certify the Piedmont results of the Nov. 3 general election.

Worldwide pandemic aside, some things in Piedmont have changed since McBain started his first term in December 2012. Piedmont, and the region, were still clawing their way back from the Great Recession, and the city’s finances were not robust. McBain said he is proud to have been part of a team — fellow councilors, city staff, and others — that over time helped the city get its budget back on firmer footing, including making substantial progress in reducing the city’s “unfunded liabilities,” debt obligations for which governments don’t have the money to pay for. For most California cities, that has taken the form of money set aside for future employee pensions.

“I wouldn’t suggest that things are perfect or great, but we’re in a pretty strong financial position,” said McBain, who also is proud of how the city has improved its police and fire department funding and staffing over the past eight years.

One thing he said he wishes would have happened, and thus far hasn’t, is the full renovation of Coaches Field. It’s a cause he has championed since his days on the city’s Recreation Commission.

“I hope the council can move forward on that with the support of the greater community,” McBain said.

McBain has been Piedmont’s mayor since August 2017, when then-Mayor Jeff Wieler was pressured to step down over comments he’d made on social media about Democrats and transgender people. Betsy Smegal Andersen was appointed to serve Wieler’s unexpired term, and McBain has worked with the same group — Cavenaugh, Andersen, Vice Mayor Teddy Gray King and Councilman Tim Rood — ever since. He said that group, as well as the city’s management team, have been great to work with.

He also understands he lives in a city full of involved, accomplished people — including city staff. He kidded that, as mayor, he is less well-known around town than Piedmont’s public works director, the retiring Chester Nakahara.

“We’ve been very fortunate to be able to attract and hire some very fine people, and I feel really good about that.”

Those very fine people will have plenty to worry about heading into 2021. There will be the universal COVID-19-related challenges and meeting regional housing mandates, but also more Piedmont-specific things like finding ways to pay for further needed upgrades for police and fire facilities and other city facilities, and continued work on social justice issues the council has wholeheartedly endorsed.

McBain said he will be particularly excited to see the new council’s work on the new city swimming pool, made possible by the Nov. 3 passage of ballot Measure UU, which he helped champion.

“[The pool is] a wonderful project, and I was happy to be able to support it,” he said.”

On Monday night the council is expected to formally vote for Vice Mayor King to step into the role of mayor. McBain said he has passed along to King some advice. The first point, he said, is to be yourself.

“Just because you’re mayor, don’t assume you have to be a different person,” McBain said he told King. The other main point he made, McBain said, was for the new mayor to listen to city staff, council colleagues and the public very carefully.

Being the mayor is different than being a council member, he said — there’s more focus, and more scrutiny, on the figurehead, and running a council meeting is generally an acquired skill.

What does this retired investment banker plan to do now? Given the pandemic, some uncertainty prevails. “I’ve purposely not planned a whole lot, because of all the uncertainty,” he said.

But eventually, he and wife Pam want to take a few postponed vacations, and those ideally will include getting outdoors more. “We’re hiker-, trekker-type people, we’re both outdoors-y types, and we want to get out.” Having already climbed Mt. Kilimanjaro in Africa, McBain said he wants one day try to scale Mt. Aconcagua, in the Andes Mountains in Argentina.

In the meantime, he’ll be around Piedmont, probably staying mostly out of the local limelight, but ready to help where he can. He’ll have his phone turned on.

“A lot of the little things the council does can make a big difference to people,” he said.