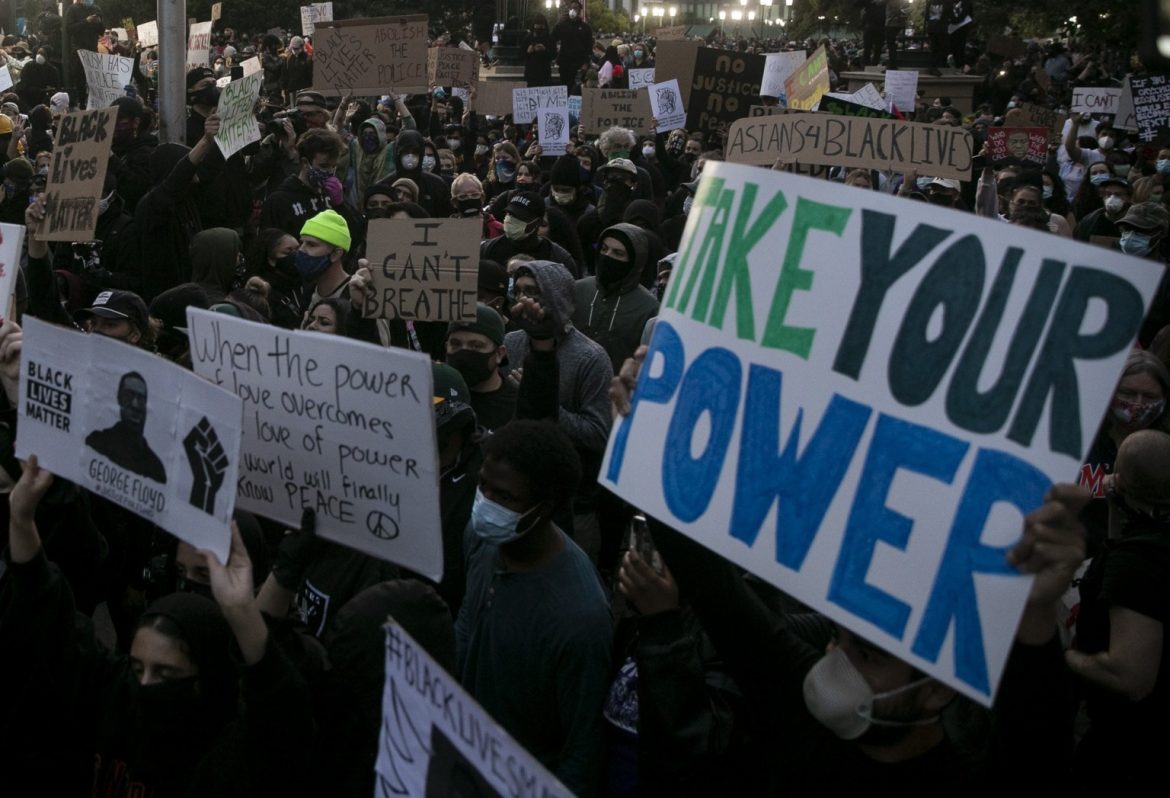 Hundreds gathered at Oscar Grant Plaza downtown Oakland on May 29, 2020 in solidarity with protesters in Minneapolis against the killing of George Floyd by police officers. In an attempt to address a legacy of racism, California lawmakers later adopted a law creating a committee to study reparations for the state's complicity in slavery. Photo by Anne Wernikoff for CalMatters

More than 4 million Africans and their descendants were enslaved throughout the United States. While California joined the Union in 1850 as a state free of slavery, the Legislature passed the California Fugitive Slave Act in 1852, which mandated that government officials and ordinary white citizens help slaveholders recapture people who escaped.

Now, 170 years later, the state is beginning to formally grapple with this lesser known history.

A new law — carried by San Diego Democratic Assemblymember Shirley Weber — establishes a nine-person committee to study California’s complicity in slavery, develop proposals on what reparations might look like for descendants of enslaved people, and determine who might get paid.

Reparations can take many forms — they could be direct cash payments or subsidized education and healthcare, or assistance for down payments on housing.

The new law won the support of  a large coalition of social justice groups. But in the state legislature, support fell along party lines.

Most Republican lawmakers voted against the idea, arguing that reparations is a federal issue, and that state money should not be used to study it.

Some reparations scholars also have reservations about the new law, arguing the magnitude of what needs to be repaid can be achieved only at the federal level.

But in signing the bill, Gov. Gavin Newsom said, “This is not just about California. This is about making an impact and a dent across the rest of the country.”

Keep watching CalMatters.org for more in-a-minute videos about other new laws taking effect in 2021 — a smaller tally than usual given that the coronavirus pandemic dominated the Legislature’s 2020 session.