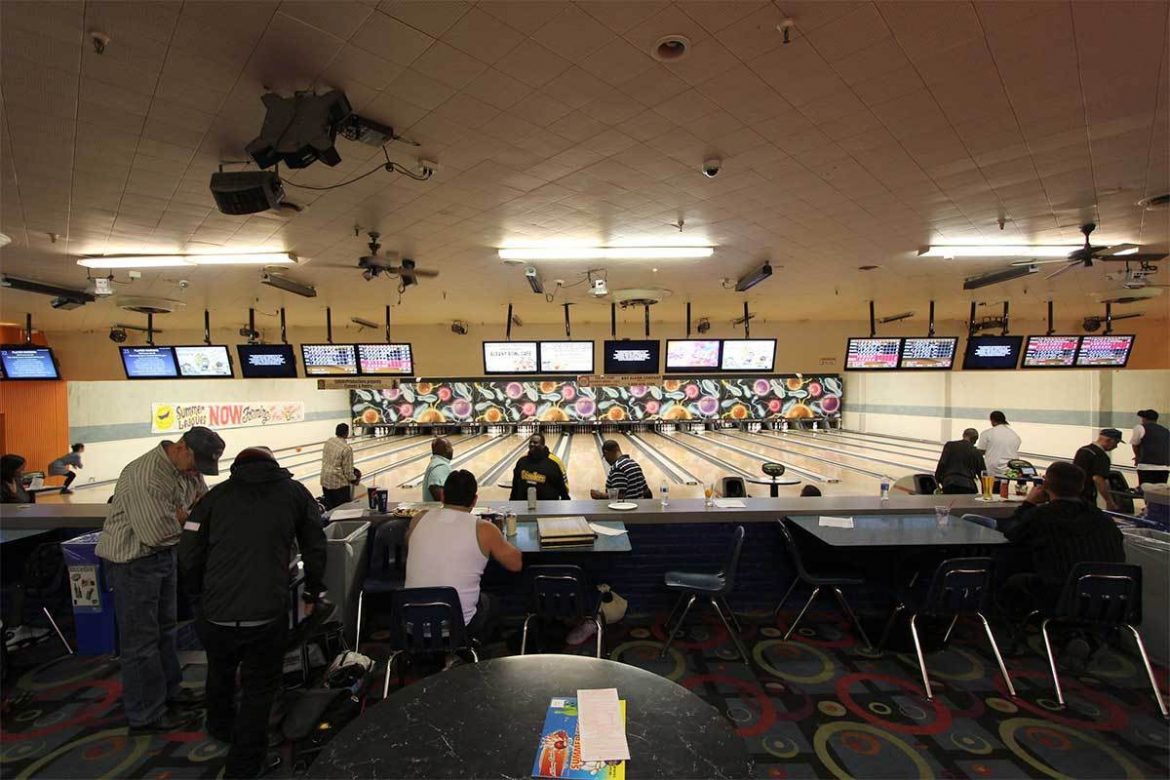 Bowlers work the lanes on a Friday night at Albany Bowl in this 2013 file photo. The alley that has been part of the community for 71 years will close permanently at the end of December, a victim of COVID-19 shutdowns. (Photo by throgers/Flickr)

Tierney, who has owned the center since 1985, said he has spent some $700,000 out-of-pocket since the shutdown and simply can’t continue.

Tierney said he paid his 40 employees as long as he could, including benefits, but ultimately had to lay everyone off.

Before the new stricter shutdown was enacted in December, the center had planned to reopen with safety measures to accommodate customers at reduced capacity.

Clear plastic partitions were mounted between the seating areas at each lane and sanitizing stations were installed all around the center.

The lanes were refinished and the center’s interior repainted.

Tierney posted a letter on the center’s Facebook page in November saying “We will see you soon!” and concluding “Bowling is the greatest.”

Albany Bowl featured a restaurant, cocktail lounge, billiard room and a large parking lot to go along with its 16 lanes when it opened on Aug. 5, 1949.

Its slogan in recent years has been “We May Not Be the Biggest… But We’re the Best!”

Along with leagues and casual bowlers, Albany Bowl has been a popular choice for birthday parties and other celebrations, business events, fundraisers and promotional events. It has maintained close ties to UC Berkeley, which used it as the university’s bowling facility.

The post Bowled over: Pandemic brings an end to Albany Bowl after 71-year run appeared first on Local News Matters.

One thought on “Bowled over: Pandemic brings an end to Albany Bowl after 71-year run”